PIERS Morgan clashed with Dr Hilary Jones as he blasted Boris Johnson as a "bumbling fool" for forgetting his own coronavirus restrictions.

The Good Morning Britain presenter launched into a furious rant at the Prime Minister after he apologised for muddling up his own coronavirus rules on social gatherings. 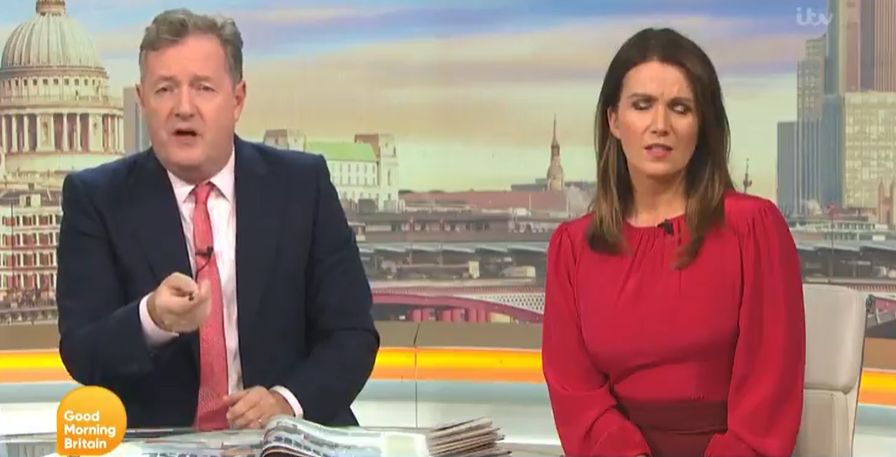 Then in another clip, Boris Johnson was seen sanding wood in a classroom without social distancing or masks.

The clip infuriated Piers Morgan, who called him a "bumbling fool" and "the captain of the Titanic".

The journalist said: "If you're a student watching this. Or if you're a publican, or you're a restauranteur, or you run a night club.

"Or you are somebody, somewhere, who has had their business decimated or your education ruined by this man's rules. 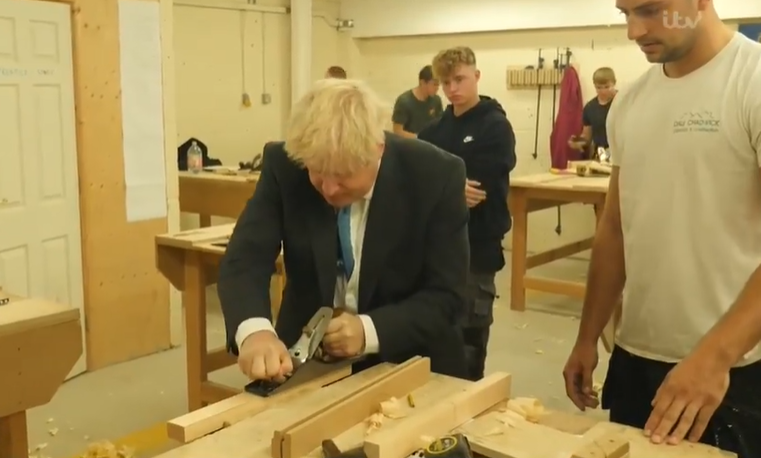 "And he not only doesn't know the rules, but he also breaks the rules that he does know.

"No mask, no social distancing, and by the way, no one around him thinking anything other than who is this drongo and what is he doing? He couldn't even shave wood properly.

"He's just a bumbling fool. And it's honestly gone beyond a joke. This man is running the country during the biggest crisis health-wise, economically we have faced in a lifetime.

"And he's a bumbling fool who doesn't even know his simple rule of six. Something has to change, we cannot be in this rudderless position with the captain of the Titanic taking us down."

When Dr Hilary suggested the rules were "complex", Piers told him: "Stop defending this clown!" 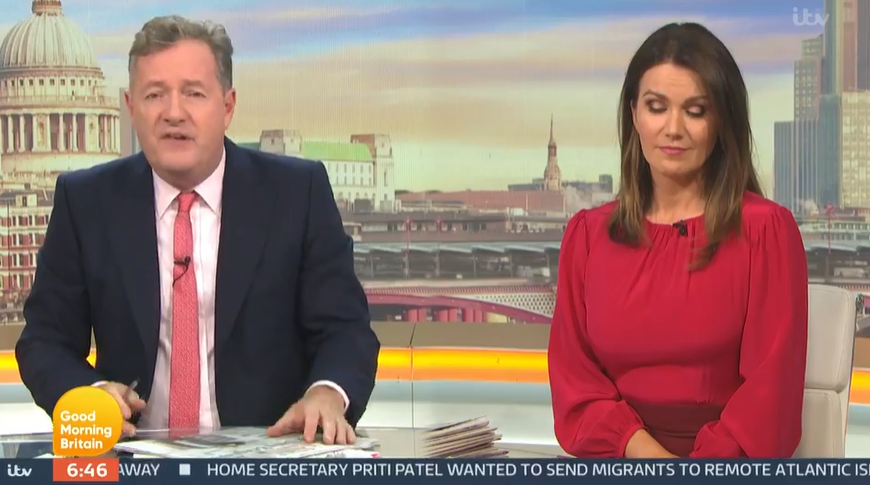 Yesterday the Prime Minister was questioned on his latest COVID-19 restrictions for the northeast England from midnight on Wednesday.

He got muddled over the 'rule of six' – wrongly saying it didn't apply outside.

During a news conference in Exeter, he claimed: "In the North East and other areas where extra tight measures have been brought in, you should follow the guidance of local authorities.

"It's six in a home or six in hospitality but as I understand it, not six outside." 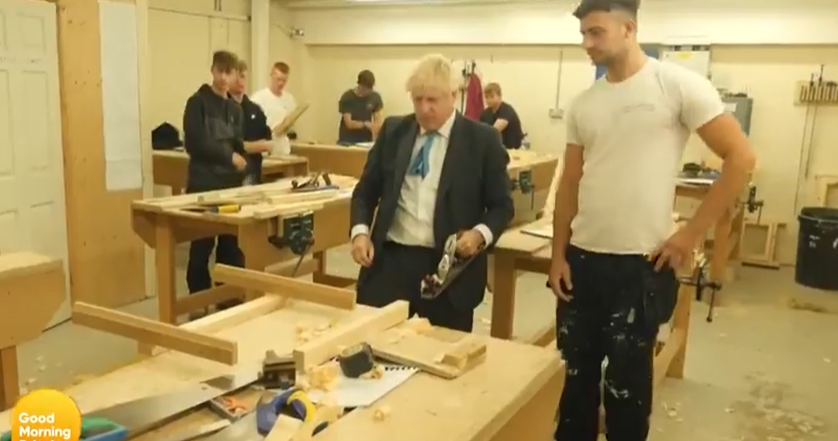 Mr Johnson was later forced to clarify with a tweet saying “apologies, I misspoke” and confirming that people should avoid meeting other households in pub gardens in locked-down areas.

However, it will not be against the law to do so, and people will not face fines — though it will be against official guidance.

In parts of the North East, including Sunderland, Durham, Newcastle and Northumberland, people cannot pop around to a friend’s for a cup of tea.

Visiting parents for lunch in any public setting is also not allowed.