Good Morning Britain‘s one-off special Good Evening Britain has certainly been the talk of today, mainly thanks to a certain Mr Danny Dyer.

While there don’t appear to be any plans to revive last night’s (June 28) shenanigans at the moment, Piers Morgan reckons GEB could come back at some point in the future.

Responding to a viewer who suggested the ITV show do more evening specials, the presenter tweeted: “Thanks! We may well do. It was a lot of fun & seems to have got everyone talking.”

Of course, the GEB talk has been all about Dyer’s foul-mouthed tirade against Brexit and former prime minister David Cameron.

“So, what’s happened to that twat David Cameron who brought it on? He can scuttle off, but he brought all of this on. Where is he? Is he in Europe with his trotters up?! Where is the geezer? He should be held account for it! Where?! Twat!” 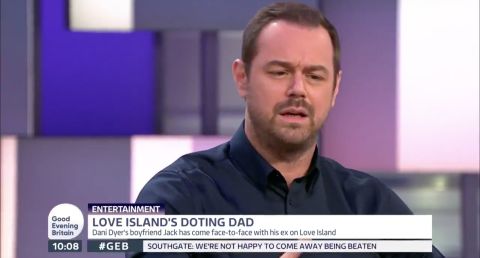 The show also got awkward at one point as Piers tried to backtrack about his Love Island criticism in regards to Danny’s daughter Dani.

“There’s been a terrible misunderstanding,” the presenter said. “She’s obviously a shining oasis of intelligence and beauty and grace.”