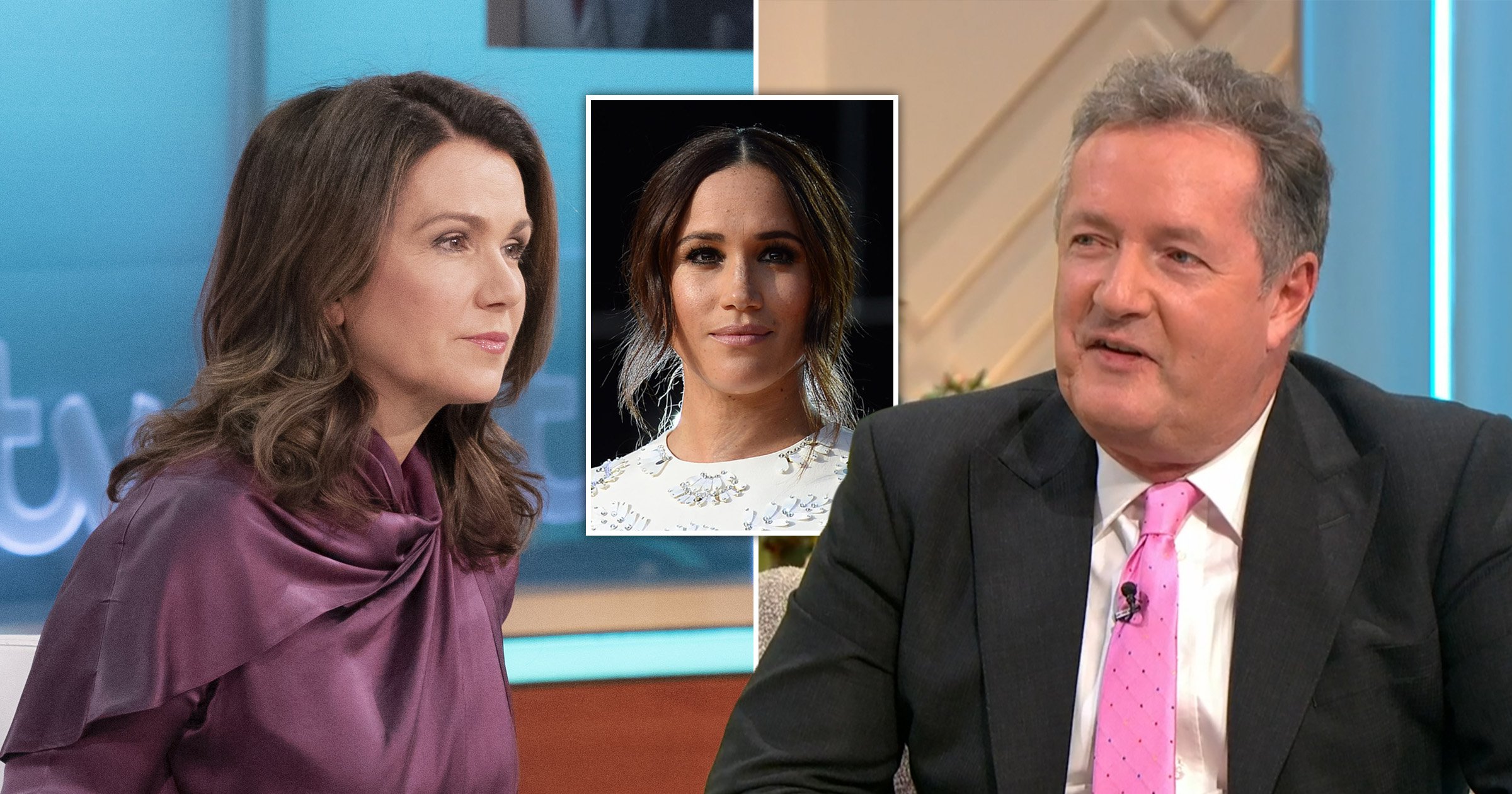 Piers Morgan has revealed his frustrations over his dramatic exit from Good Morning Britain following his comments about Meghan Markle, saying he ‘doesn’t understand’ why Susanna Reid’s right to believe her was deemed ‘to be more valued’ than him not.

The broadcaster famously left the ITV programme in March last year after following a row over the remarks he made about the Duchess of Sussex’s interview with Oprah Winfrey.

Discussing the interview, Piers said he did not believe Meghan’s claims which sparked a record-breaking 50,000 Ofcom complaints.

Reflecting on his exit ahead of the launch of his new TalkTV show Uncensored, he branded the whole spectacle ‘absurd’.

‘The more you look back on it, the more you think “what was that all about?”,’ he began.

‘Everyone was tuning in to hear my opinion, hence the massive ratings that week, I gave an honest opinion, it’s an opinion I still have. I still don’t believe a word Meghan Markle says. I think almost everything that comes out of her mouth is complete bulls*it. But whether you agree with me or not doesn’t matter.

‘Susanna Reid, on that same show where I got all the trouble, she was saying the complete opposite. Well, why is she entitled to believe her given how many lies were coming out Meghan Markle’s mouth?’

At the time of their explosive debate, Piers had said: ‘I’m sorry, I don’t believe a word she said, Meghan Markle. I wouldn’t believe it if she read me weather report.

‘The fact that she’s fired up this onslaught against our Royal family I think is contemptible.’

Susanna, however, said: ‘Well, that’s a pretty unsympathetic reaction to someone who has expressed those thoughts.’

‘We weren’t talking Mother Teresa here, we were talking about someone who was on national TV in America trashing our royal family, trashing the monarchy, humiliating the Queen, all while Prince Philip was seriously ill and later died.

‘I thought it was utterly shameful, totally disgraceful and I think at least 17 things that came out of her mouth were proven to be untrue. Well sorry, I rest my case. I thought the whole thing was a farce.’

Piers added: ‘I’m delighted that as a result of the farce, we’ve ended up with a whole network which is now dedicated to preventing that kind of farce from recovering.’

Piers will be returning to television screens later this month when his TalkTV programme Uncensored launches on Monday, April 25.

Uncensored is described as a ‘fearless forum for lively, intelligent debate and agenda-setting interviews; celebrating free speech and the right for people to share their views’.