Piers Morgan and his Good Morning Britain host Susanna Reid welcomed health minister Edward Argar onto the show to talk about Prime Minister Boris Johnson’s return to Downing Street and the uncertainty around the true coronavirus death toll in the UK. As the debate got underway, Morgan was certain Mr Argar had laughed and called him out on his response to the pandemic.

Morgan began the debate by wanting to know exactly how many people had died from coronavirus as he feared the UK could have the second worst record in the world.

“You know, every government minister says, ‘We have been following the science.’

“So, you’ve not been taking political decisions, you’ve been taking decisions based on what scientists tell you. 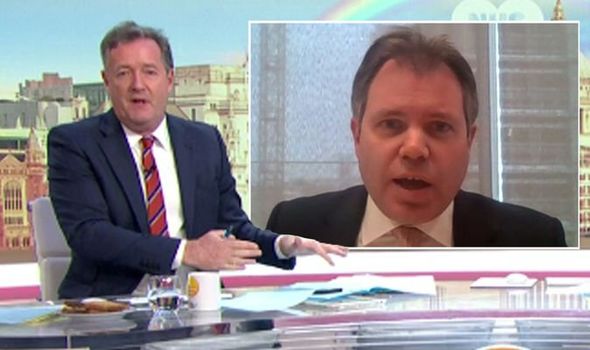 “Our scientists have been outliers in many ways throughout this crisis; a later lockdown and so on.

“So we have to get into how good our science is and that will be determined by how many people are dying.”

Morgan continued: “If it turns out we have the second worst record in the world, it would suggest, given that our scientists went a different way to many others, the the government position of following the science, is misguided.” 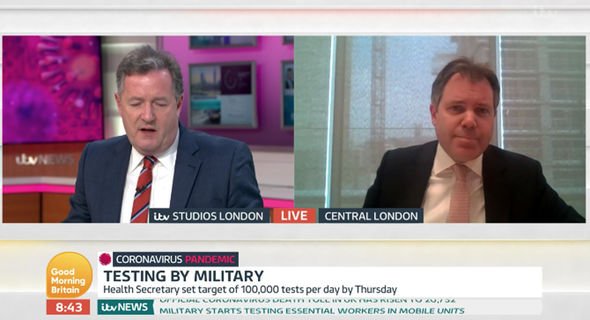 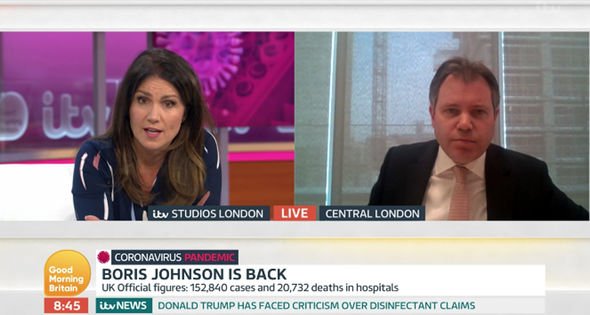 “So it’s absolutely right that we get the statistical methods that can properly and accurately, not speculatively, get those numbers so I don’t think you’re wrong in pressing for those numbers.”

As the debate continued, Morgan was certain he had heard Mr Argar laughing and snapped: “It’s not funny is it?”

“No it’s not funny,” Mr Argar hit back as Morgan warned: “Well, stop laughing then.”

The health minister continued: “Firstly no one was laughing. Every live lost if a tragedy. Nobody is laughing at this.”

Morgan conceded: “Well you might have been laughing out of frustration.”

Earlier in the interview, Reid demanded to know why coronavirus tests had run out so quickly last week despite government assurances there was enough to cater for everyone.

“If you have the capacity, then how come those people who logged on on Friday found that capacity had run out within literally a couple of minutes,” Reid asked.

Mr Argar replied: “So you’ve got a number of different types of ways of getting the tests.

“The first one, which is important, is pillar one, which is essentially the tests in the workplace for frontline NHS staff and others. They continue to get priority access to those through that pillar in their work place.

“You’ve then got the tests for the wider range of essential workers that we expanded the testing to last week. We have the drive-thru centres, over 30 of those.

“But what the people are showing they really want are either mobile testing centres, we have over 90 of those in people’s towns to make it easier, and the home testing which has proved extremely popular and we are ramping that up dramatically every day.”