Power season 6: Release date, cast and everything you need to know

US crime saga Powerwrapped up its divisive fifth season with a knock-out finale that left the fate of one major character up in the air.

Following New York City nightclub owner James ‘Ghost’ St. Patrick (played by Omari Hardwick), the show follows Ghost’s exploits as he tries to extricate himself from the city’s nefarious drug world, in which he is a well-known player.

A sixth season has already been commissioned. Such is the power of, erm, Power.

There’s a change behind the scenes, though, with executive producer Gary Lennon becoming co-showrunner alongside Courtney Kemp: “I am thrilled that Gary Lennon’s contribution to Power has finally been recognised,” Kemp told Deadline.

“Gary is a brilliant storyteller, a fantastic director, and one of my favourite people I’ve ever worked with. I’m excited to collaborate with him on this next season of Power and hope to work with him on multiple projects for years to come.”

Here’s what we know about season six so far.

Given that every season so far of the show has started in June or July, we fully expect the sixth season to follow suit and begin in June / July 2019.

Before the fifth season aired, series creator Courtney A Kemp teased that “no-one” would be safe this year – and she wasn’t kidding!

The latest 10-episode run saw Kanan (50 Cent) killed off in a violent encounter with the cops, while the season closer also closed with Angela (Lela Loren) being shot in the chest by Tommy (Joseph Sikora), as Ghost looked on in horror.

Angela isn’t dead yet, though, and Loren is expected to appear in season 6 in some capacity. Courtney Kemp told TVLine that: “Lela is in season 6, but I can’t say what she’s doing.” 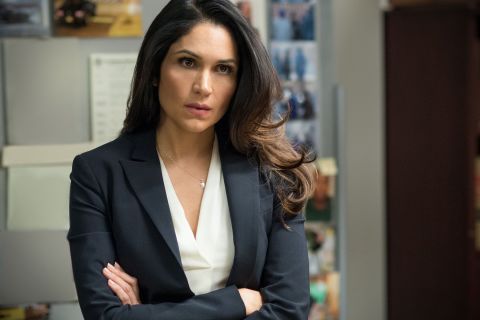 The rest of the show’s regular characters are also expected to be back, so that includes Ghost, Tommy, Tasha (Naturi Naughton), Tariq (Michael Rainey Jr.), Dre (Rotimi Akinosho) and La La (LaKeisha Grant).

Power season 6 trailer: when can I see it?

Season 6 won’t start shooting until late September (if it follows the pattern of previous years) so don’t expect a teaser to drop before the end of the year.

Details are so far scant about what happens next after Angela’s shooting, but Kemp has acknowledged that “the death of [the] friendship” between Ghost and Tommy “in some ways is going to control at least the beginning of next season”.

“Think of the dynamic between these two old friends now,” she told Deadline. “‘You made me kill my dad’, ‘You shot the woman I love, in an attempt to kill me’. Not a lot of conversation can be had there.”

Kemp also weighed in on Tariq’s evolution, confirming to TVLine that Ghost’s son would be “a Dre-levle threat, or greater” next season. 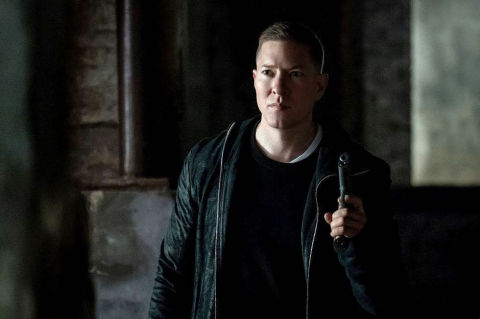 There’s been a good deal of speculation that the sixth season of Power might be the show’s last, with Kemp originally only planning for the show to run five years.

But in the wake of season five’s finale, the showrunner refused to confirm whether the series would be ending in 2019. “The show is ending, but I can’t say when,” she insisted. “That would be inappropriate.

“How I wanted it to be was five seasons. We extended because of needs at the network. So, am I happy to be going into season 6? For sure, because I know where the show is going now.

She continued: “The story we’re telling in season 6 is so good… it’s so much better because it is really about the inevitability of choices. It’s about the domino effect and it’s about the things that have happened between Ghost and Tommy and how they are not things that can go back to the way it used to be.”

Power airs on Netflix in the UK and Starz in the US.