Power: What was it really like to shoot the sex scenes? Stars break silence

Starz drama Power may have come to an end now but fans are still eager for titbits from the show. Power first debuted in 2014 and followed James “Ghost” St Patrick (played by Omari Hardwick) who was trying to shed his skin as a drug dealer and go straight. The programme wasn’t afraid to show sex or violence, reflecting the high stakes nature of the New York illegal narcotics trade.

Power is just as known for its steamy sex scenes as its tense, high octane drama.

The series isn’t afraid to shy away from the bedroom with its characters, giving viewers fully-fleshed out relationships.

“I mean, there’s a certain amount of truth and ‘falling in love’ that has to happen. 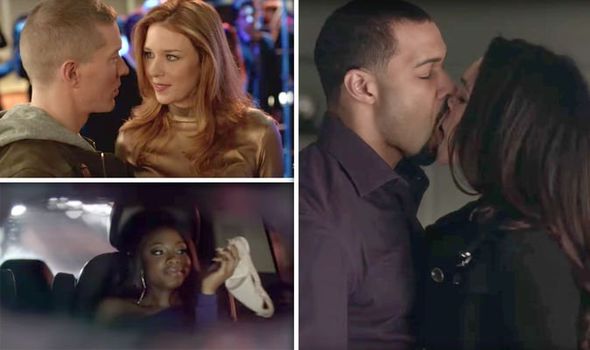 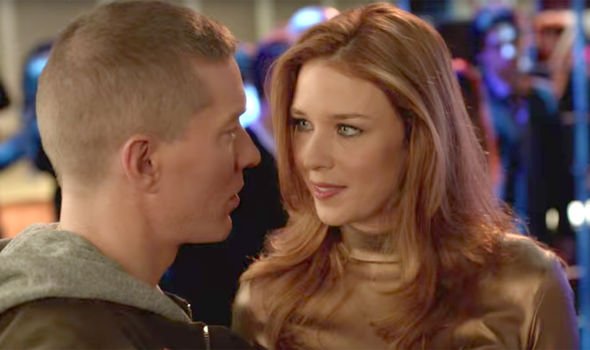 “I believe you need to fall in love with that character, but as soon as they call “cut” and you don’t stop kissing, there’s something wrong with you.”

While Naturi Naughton – who is better known as Tasha St Patrick – explained shooting the more saucy moments were “not sexy”.

She told the publication: “I’ve done sex scenes in Notorious before as Lil Kim and it was hard to do that, but what I rely on is how these characters interact.

“Like Joseph said, falling in love with the character, but it’s also me. 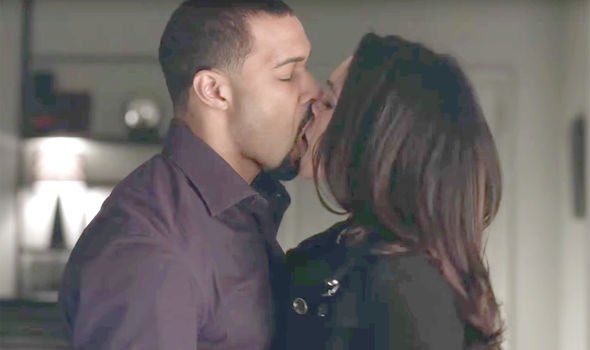 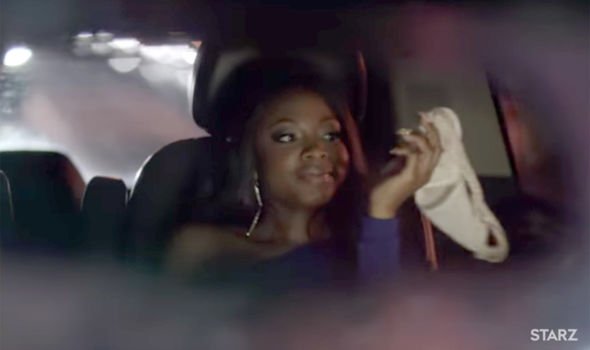 “I feel vulnerable being naked, but it’s also being naked, emotionally, and I think that always helps the character.”

She added: “I’m all about finding what makes this sex scene purposeful because some people have said ‘I saw your t*ts, they’re beautiful.’ I’m like, ‘Okay, thanks!’”

Creator Courtney A. Kemp also addressed sex scenes in the show, saying they originated from the writers’ room.

She said any sex scene in the series had to be “earned” and “must tell story” as a rule.

DON’T MISS…
Power: Is Power based on a true story? Star opens up [INSIGHT]
Omari Hardwick wife: Who is Power star Omari Hardwick married to? [EXPLAINER]
Power Book 5: Will Paz try to kill Tommy in revenge for Angela? [THEORY]

The executive producer and writer went on to say there needed to be chemistry between the characters prior to the scene.

Kemp said: “The audiences want the sex as a cathartic moment.”

The scenes were choreographed between the actors, the cinematographer and the director beforehand and described as a “dance”.

On a practical level, there would be several cameras with one going in for a wide shot while others would be cutting close in.

The set was closed one with only key people privy to the shoot, which could mean four or five individuals with a maximum of 10.

Sometimes, there was a crane with a camera on it to get shots, according to the behind-the-scenes video from Starz.

The writers worked closely with the actors and there were even be sex rehearsals where there was a discussion about what the scene would look like and how it would play out.

Executive producer and writer Gary Lennon expanded on the use of the raunchy scenes, saying: “The show is about power and it’s such a primal thing and all relationships is sex, so who’s on top? Who’s in control? Who initiates? Who doesn’t? Who becomes submissive, aggressive? When and where? How does someone use sex to obfuscate the truth?

“So sex is used in a lot of different arenas to get people to get what they want?”

Power is streaming on Netflix now