PREGNANT Vogue Williams has slammed a cruel troll who blasted her packing formula milk in her hospital bag.

The radio host, who is due to give birth to her second child, a daughter, any day now, was sharing her preparations with her Instagram followers when the comments came. 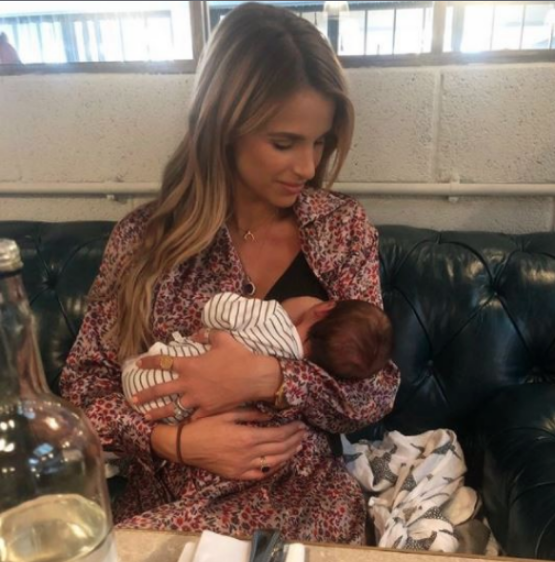 Vogue revealed the bag she was getting ready for the hospital, which was packed with cute baby grows, wipes, blankets – and milk formula.

While most people would mind their own business about how a woman chooses to feed her own baby, one of her followers took exception.

Sharing a screen grab of her DMs, the 34-year-old was questioned as to why she was packing formula in her hospital bag, before pointing out that advertising newborn milk isn't allowed.

The Instagram user then followed up with: “You're playing on a new mums insecurity!! Bad, bad, bad!!!!” 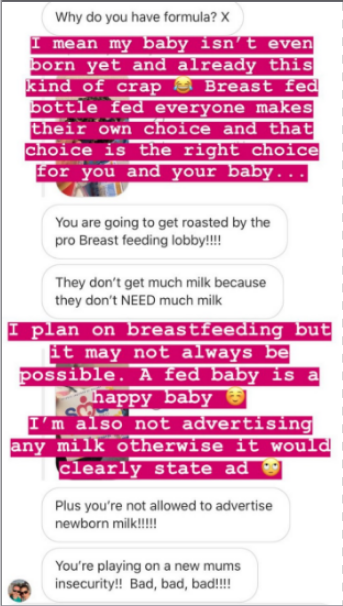 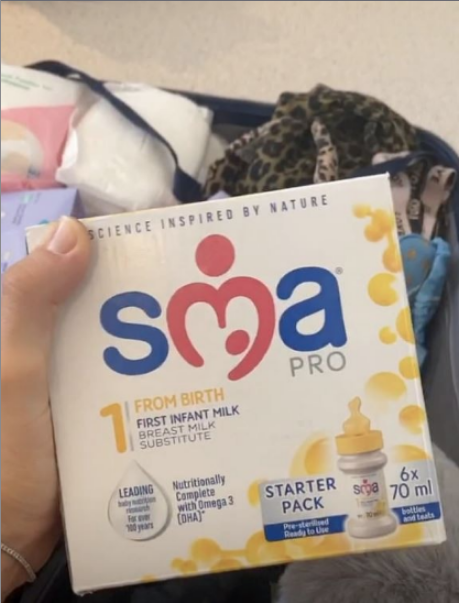 Vogue, who is married to Made in Chelsea’s Spencer Matthews, shared her response to the troll.

She wrote over the top of the comments: “I mean my baby isn't even born yet and already this kind of c**p [laughing face emoji].

“Breast fed, bottle fed, everyone makes their own choice and that choice is the right choice for you and your baby…

“I plan on breastfeeding but it may not always be possible. A fed baby is a happy baby.” 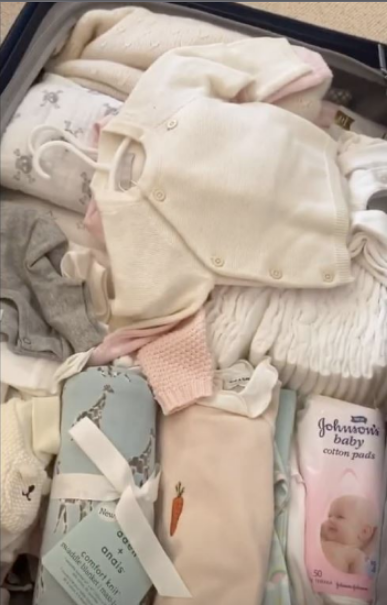 The mum-of-one concluded: “I'm also not advertising any milk otherwise it would clearly state ad”

Vogue and Spencer, who already have 22-month-old son Theodore, are counting down the days until their daughter joins them.

She wrote on Instragram: “I can't believe our baby girl will be here in less than a month. I have really enjoyed dressing my bump but WOW it's getting hot. The countdown is on!”

And despite being heavily pregnant, it hasn’t stopped Vogue from presenting her show on Heart Radio on Sunday mornings. 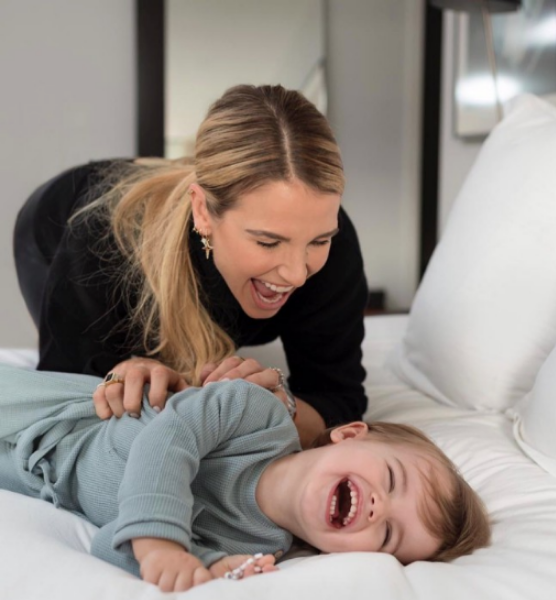 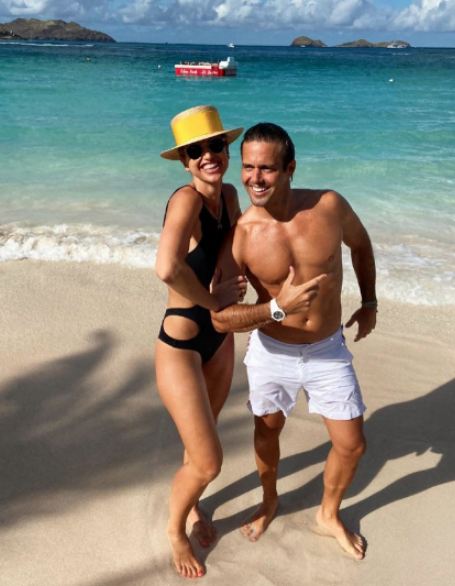 Vogue revealed to The Sun: “I love working at Heart and I really want to just carry on. If I was in an office working nine to five I would probably want to take some time off, but I’m lucky in the way I work — I leave my house at 4.50AM and I’m back by 9.20AM so Spenny will be on baby duty while I go out to work.

“I can come back home to my babies having only missed one feed. I could bring the baby with me to do the show — they’re really good like that at [work] and if I wanted to they would support me doing it. But I don’t think I’ll need to.

“Obviously, it depends on the birth I have but I can’t imagine I’ll need to take too much time off.” 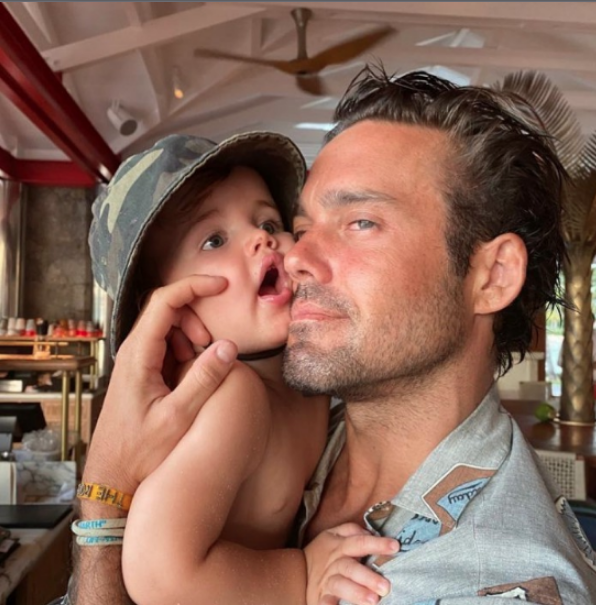 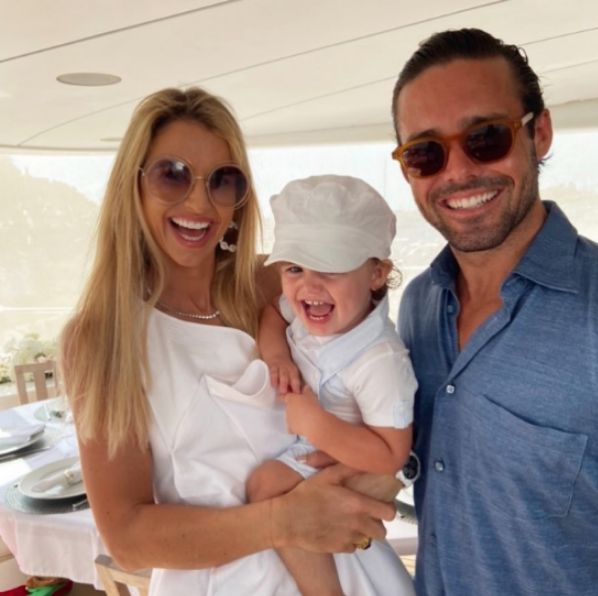 With minimal maternity leave, the key to keeping things ticking along will be routine and making sure the new baby gets a good sleep — and that’s where Vogue turns to sleep guru Lucy Wolfe.

Vogue says: “I’ve been re-reading her book in preparation. I found that having Theo in a routine as soon as possible really worked for us so I’ll ­definitely do that again.

“Having the sleep under control is imperative to me. A child who likes sleep is like gold dust.”