At first glance, Random Acts of Flyness might sound like something you’ve seen before: a block of programming where a stable of actors run through sketches, intercut with musical performances and acerbic takes on the issues of the day. But the new HBO series from Terence Nance isn’t like anything else on the small screen — or any screen, really — right now, or recently, or possibly ever. Assembled through a collage of screenwriting, opinion, analysis and rage, it’s a 30-minute collection of snapshots that show the multifaceted realities of being a black person in the America of 2018. You wonder if some hapless HBO executive got tricked into paying for what feels like a mass-hallucination experiment. When it comes to a complete and total lack of fucks, nothing else on television can compete with it.

It’s tricky to describe what happens in an average installment of Flyness — other than “a mechanism to deliver one man’s idea of what sheer unadulterated blackness can look and feel like” — because nothing about it is average. The whole enterprise is a mutant organism that defies categorization, one that revels in non-standard composition; every episode plays with chronology, jumping back and forth through time, looping in on itself recursively in the way that memory does. There are comedic contributions that morph into body horror, confessionals from people throwing off binary gender norms, chimerical microdramas built around a recurring theme, singing, dancing, screaming and video games. Put it to you this way: Imagine the irradiated stepchild of In Living Color, Parliament-Funkadelic’s whole vibe, Fishbone LPs, rap videos from the 1990s and every black student union conversation that ever happened at an HBCU and a PWI from 2004 to the present-day. You’re getting closer.

You probably heard about the Jon Hamm/”White Be Gone” bit that got some traction. But, for the benefit of readers, here are some other standout moments from the five episodes that have aired so far:

-One segment has Coretta Scott King waking Martin Luther King, Jr. from a bizarre sleep fantasy. She lovingly asks him what happened, kisses her husband and straddles to kiss him, which seems like a prelude to intimacy. Then the civil-rights leader says “go ahead” and she smacks him. Coretta kisses him and MLK asks for another smack, which he gets.

– During a of a public-access cable show called “Everybody Dies,” a white boy and girl wander into the waiting room between life and death, along with a group of black kids. The host, an emotionally strained black woman named Ripa the Reaper, tells them that they’re in the wrong place and they need to go down the hall to a room where there are cookies. The black kids don’t get treats, only an harried shove through the door marked “Death.” 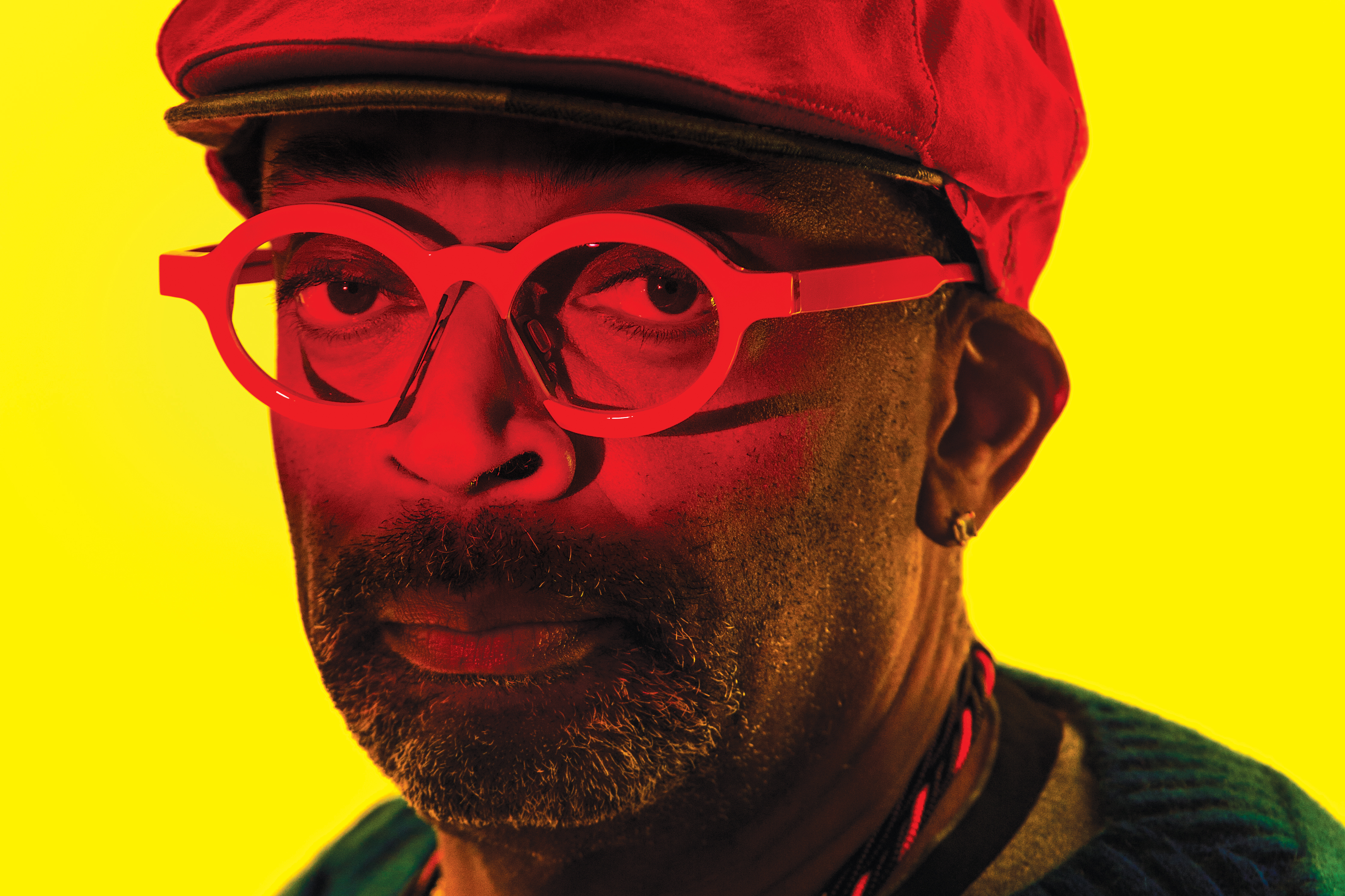 Spike Lee on ‘BlacKkKlansman’ and Life in Trump’s America

‘Atlanta’ Is Simply the Best Show on TV

– Quentin Tarantino bids a winning $50 million dollars at an auction for a lifetime pass for the right to say “nigga.” He steps up to take the sacred privilege crystal and gets his pale pink epidermis slapped off his body. Then the bidding starts again at $100 million, with QT’s skin now part of the lot.

-Tired of being subjected to a lifetime of Dominican blowouts, a woman’s kinky natural hair jumps off her head and goes “bad,” eventually getting into street fights and winding up in jail.

– A family cookout — so often invoked as hallowed space for black community building — becomes the stage for reckoning with sexism and abuse from those closest to a young woman.

– Not-so-subliminal messages flashing on the screen, like “‘Race’ is a euphemism for white supremacy.”

– A mock news report investigating if white babies can be born racist.

All of that probably sounds like this is the single most pretentious thing on the airwaves in 2018. But it’s not. The show’s frantic immediacy comes across like a fetish, like Nance knows he’s on a timer and he needs to get these ideas off before his electric gets cut off. Part of RAF‘s energy comes from the cohort of young black artists that Nance surrounds himself with. Their combined work feels like they’re interrogating their sense of themselves, individually and collectively, in real time. These creators are on the most exhilarating and nerve-racking parts of their journeys, finding answers that change daily — no, hourly — to the big existential questions they grapple with.

Tenderness, care, and chaos collide every week in Random Acts of Flyness. The words in the show’s name aren’t just a cool-sounding phrase; they’re a manifesto. The “Random” comes in with how Nance lobs a non-sequitur mix of storytelling, schoolyard snaps,and sociocultural analysis at the viewer. With performances that often feel they’d be home on a makeshift stage in a downtown loft somewhere, the series often feels like experimental theater … so, yeah, “Acts” fits. And “Flyness” homes in on a sturdy piece of slang — but is also apropos for how transportive the show is.

When white people are on the screen, as in an extended story about a Hollywood star who wants to make an Oscar-bait movie about Rwandan child soldiers, they’re used as avatars for how black lives get flattened and consumed for mainstream entertainment and political discourse. RAF‘s goal is to add layers of complication and texture to black on-screen representation as a counter to that flattening. The show also exists to tell white folks that black people have been able to peep that whole hegemony/supremacy game for a minute now, evidenced in a fiery breakdown linking Birth of a Nation to The Sopranos, Breaking Bad and other Hollywood fare to the election of Donald Trump. Nance’s show is at once a prime exemplar of the New Black Absurdity seen in Get Out, Atlanta and Sorry to Bother You, a raw ode to hyper-hybridity and a bracingly earnest antidote to the formulae of the Peak TV/Prestige Streaming moment.

And Flyness doesn’t do easy resolutions. The drama of an accusation of abuse or a lover’s fidelity hangs in mid-air, vibrating on the brink of explosion, and then credits roll. It’ll hit you hard over the head with Messages™ but then pull you in for a tender hug. Getting through a single episode sends you on the wildest head trip because never mind that the show doesn’t care if white people do or don’t watch it; Random Acts of Flyness doesn’t care if you or anyone else do or don’t understand it. But even if you don’t, it still deserves to exist in all its fullness and flaws, just like the people who are making it.

Evan Narcisse is the author of Rise of the Black Panther.