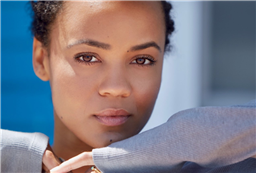 Months after the streamer picked up the Alan Ritchson-fronted series for Season 2, Prime Video shared that Sten will reprise her role of Frances Neagley. Ritchson, who stars as Jack Reacher, revealed on Wednesday that the upcoming chapter seeks to cover Lee Child’s Bad Luck and Trouble, the 11th book in the Jack Reacher series. The first season was based on Child’s Killing Floor.

From writer and showrunner Nick Santora, the series follows Jack Reacher, a veteran military police investigator who has just recently entered civilian life. Reacher is a drifter, carrying no phone and the barest of essentials as he travels the country and explores the nation he once served. When Reacher arrives in the small town of Margrave, Georgia, he finds a community grappling with its first homicide in 20 years. The cops immediately arrest him, and eyewitnesses claim to place Reacher at the scene of the crime. While he works to prove his innocence, a deep-seated conspiracy begins to emerge, one that will require Reacher’s keen mind and hard-hitting fists to deal with. One thing above all is for sure: They picked the wrong guy to take the fall.

Here’s the logline for Reacher Season 2: “When the members of Reacher’s old military unit start turning up dead, Reacher has just one thing on his mind—revenge.” Season 2 is set to begin filming in the fall.

Wolf & Littlefield Remember The Night The Crossover Event Was Born