ONE of the most frustrating things about horror films is when the main characters do daft things that you would never do – like go into a spooky house or split up from their mates.

Refreshingly, the characters in Relic behave as you or I would. 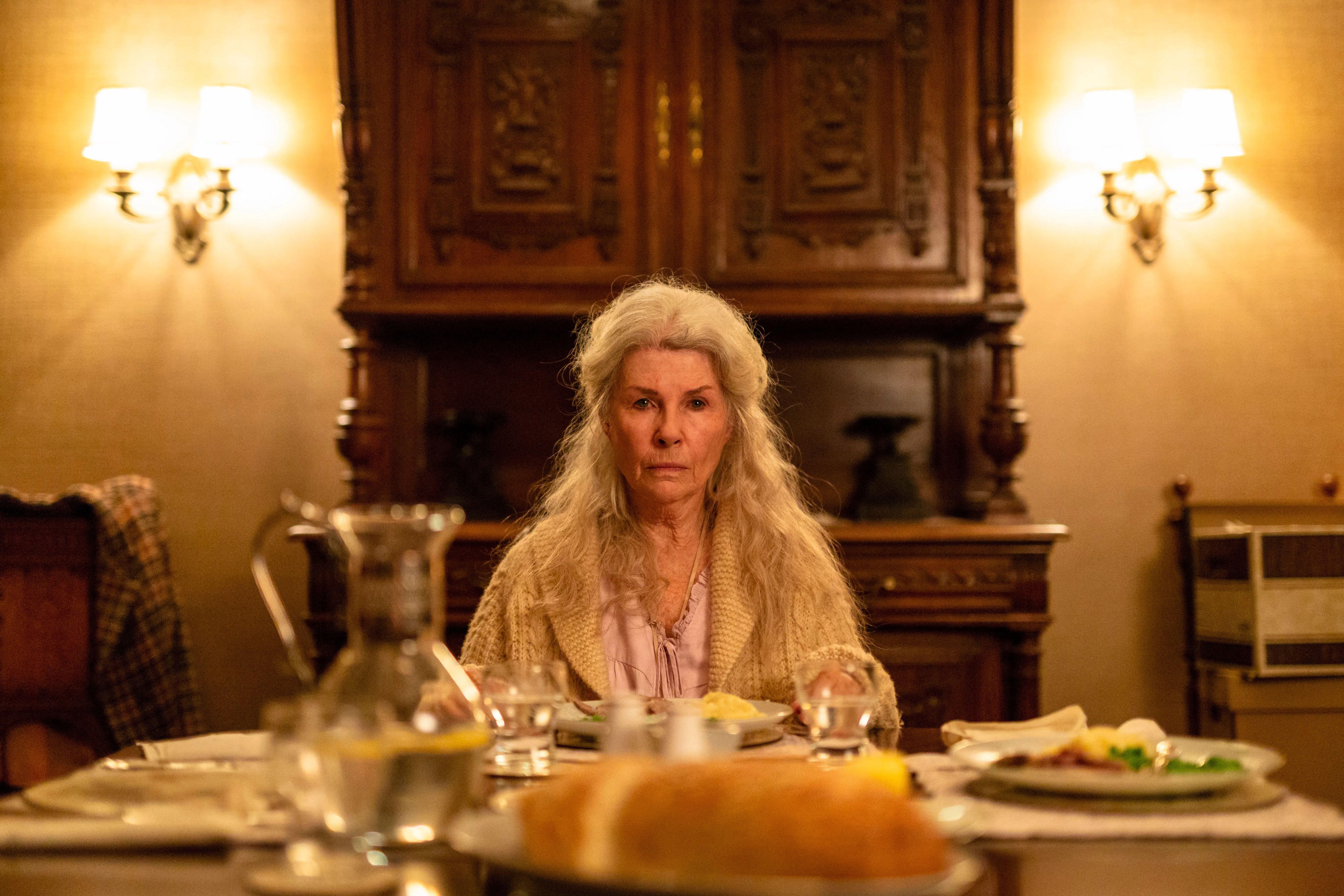 Well, for the first 90 per cent of the film. The last ten per cent is a whole different matter.

This offering from first-time Aussie director Natalie Erika James is set in a cluttered old house in a deserted forest.

So far, so cliché.

But this is the story of three generations of women — Edna (Robyn Nevin), who is a long-time resident of the house, her daughter Kay (Emily Mortimer) and granddaughter Sam (Bella Heathcote), whose lives are consumed with Edna’s dementia. 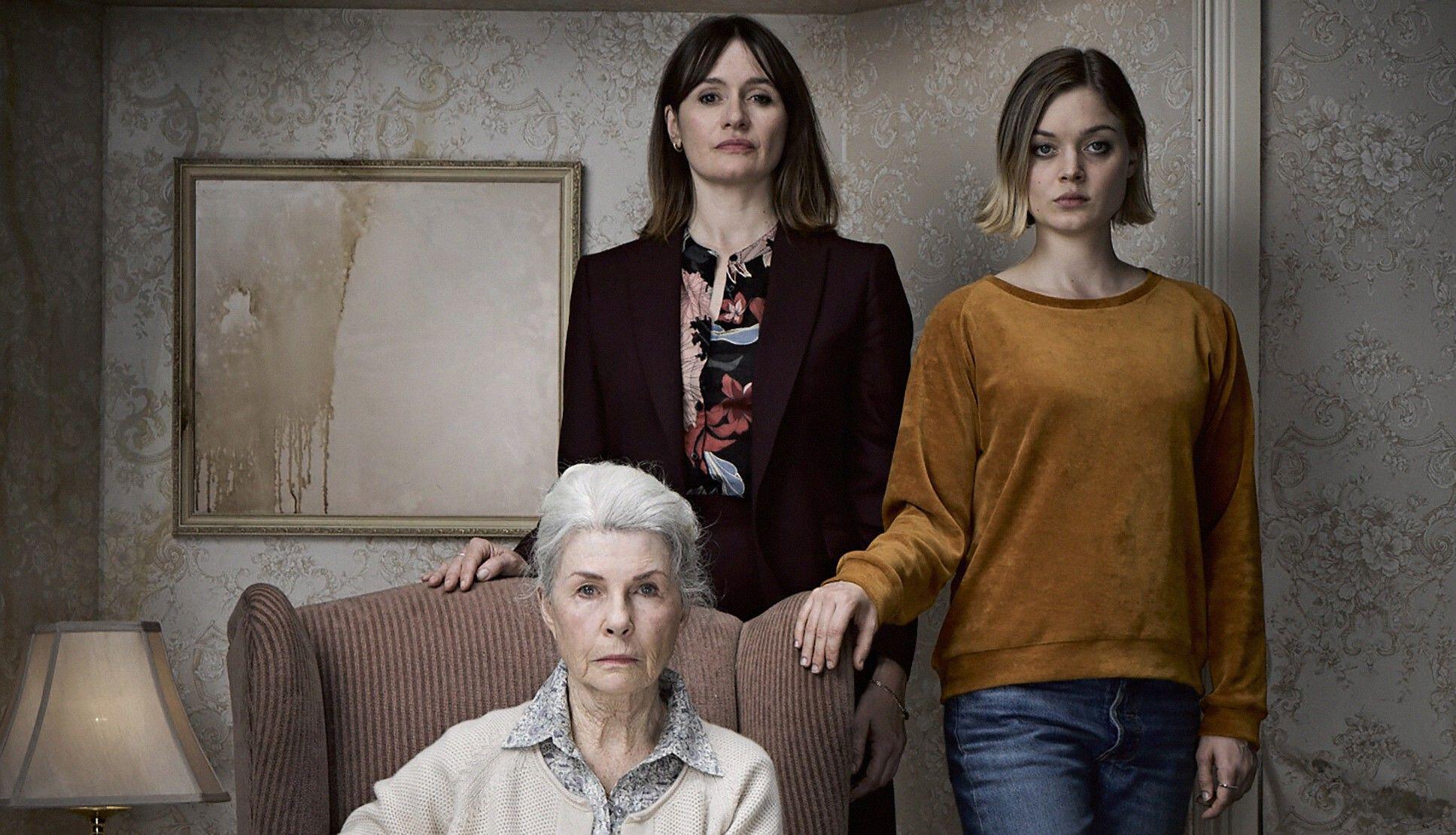 When she disappears, Kay and Sam drive to the house in the woods and, instead of finding Edna, see the old family home has strange patches of black mould, noises behind the bricks and Post-it notes with scrawls such as “Take pills” and “Don’t follow it”.

When Edna does turn up she has dirty hair, some bruises and no explanation of where she has been.

The house becomes a symbol of her dementia — confusing, upsetting, chaotic and very scary. But there’s something more there, too.

Slow-moving shadows in hallways and under beds tune in nicely to fears from childhood. 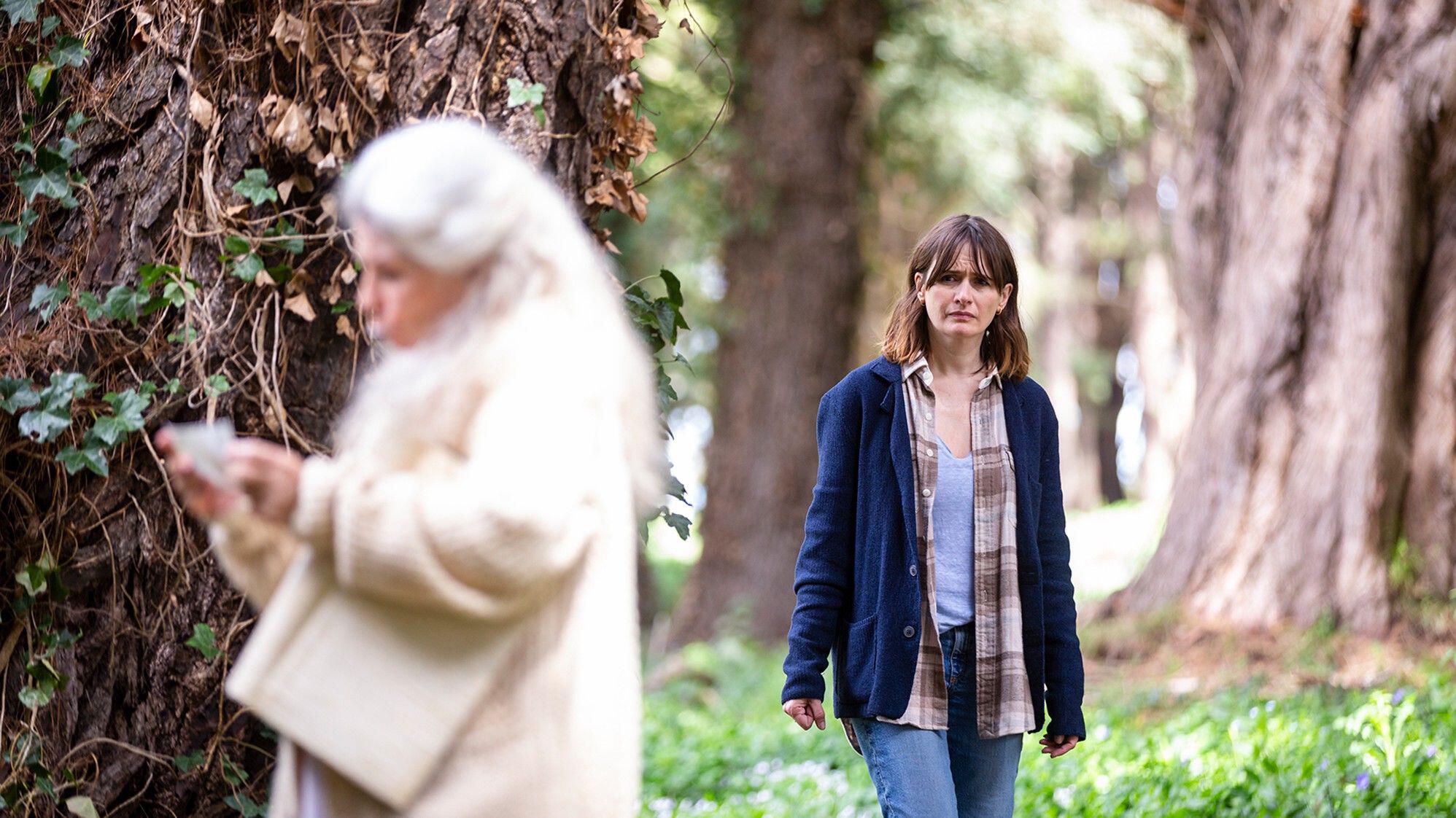 All three performances are superb, with Nevin giving her daughter some terrifying death stares when it’s suggested she live in a home.

Her long, silver hair also becomes a thing of nightmares and represents her mood. When she’s together, it’s nicely pinned back. When she’s fallen apart, it’s an elderly version of the little girl in The Ring.

There are plenty of jumps and breath-holding moments in this slow-burner horror, but as the house becomes a place of dizzying fear, the story suddenly turns a very strange corner.

From understanding the characters and their predicament, you suddenly find yourself saying: “Hang on . . .  what are you doing? I would never do that.”

Relic will give you the scare you need this Halloween — but might leave you with a furrowed brow.

The minds of those who write horror books are assumed to be fascinating places.

Their brains work differently to the rest of us, as this biographical portrait of author Shirley Jackson reveals. 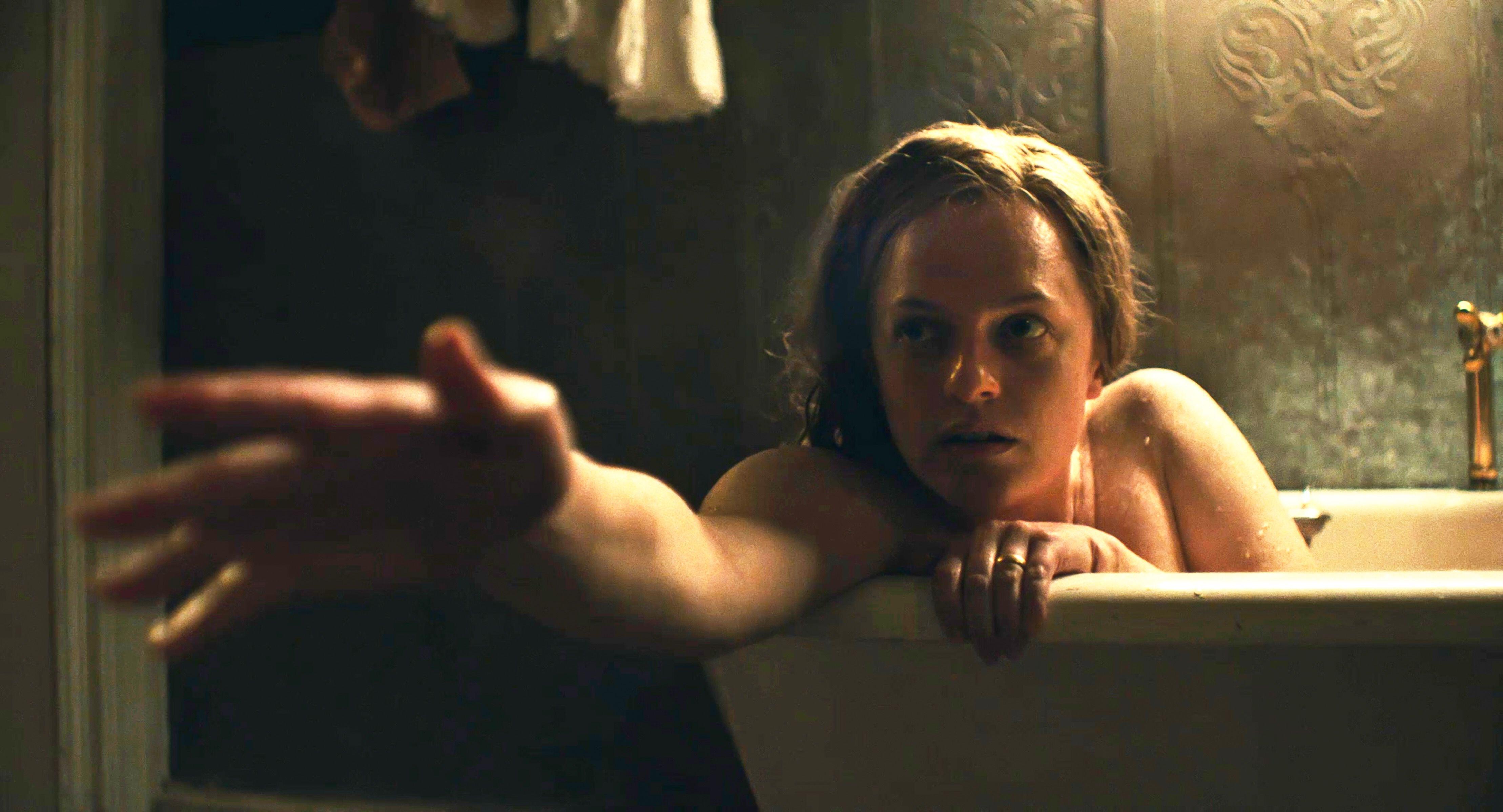 Most famous for her novel The Haunting Of Hill House, she was highly acclaimed in her lifetime – though that was not something she was able to enjoy, it seems.

Shirley, exquisitely played here by Elisabeth Moss, is a depressed agoraphobe who takes to her bed for days at a time. She lives with husband Stanley (Michael Stuhlbarg) in a cruel and toxic relationship.

You are never sure if they are mates, lovers or even enemies, but Rose certainly falls under Shirley’s spell. 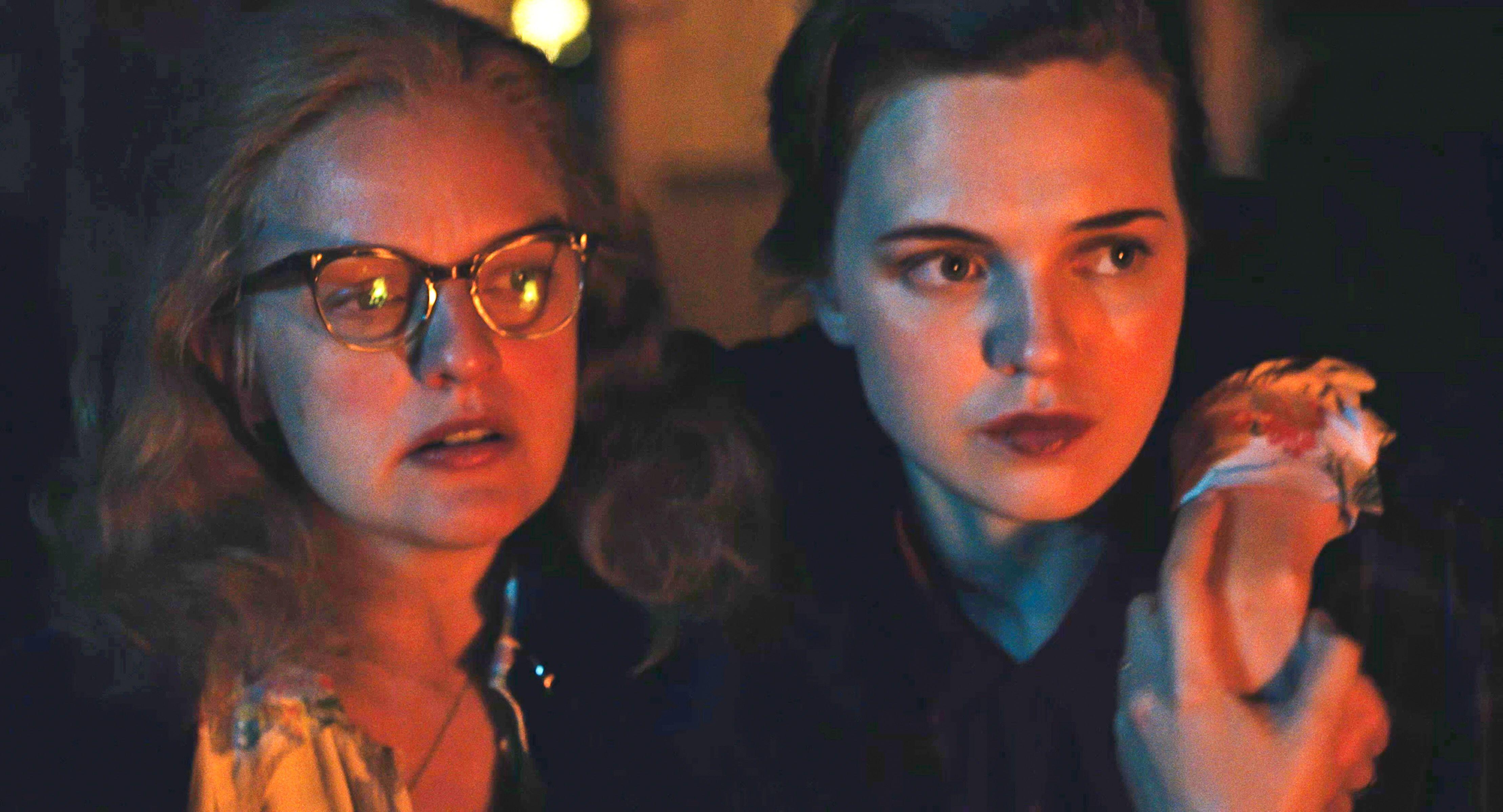 The lighting throughout is hazy, as though you are looking back through unclear memories and you are never allowed to get really comfortable – intentionally, I am sure.

Though ambitious and turbulent, it nevertheless feels like a case of style over substance that comes undone in the end.

In cinemas and available on Curzon Home Cinema

When someone muses, “That’s what art is about . . . the truth”, you can be sure pretty much everyone in this culture caper is fibbing. 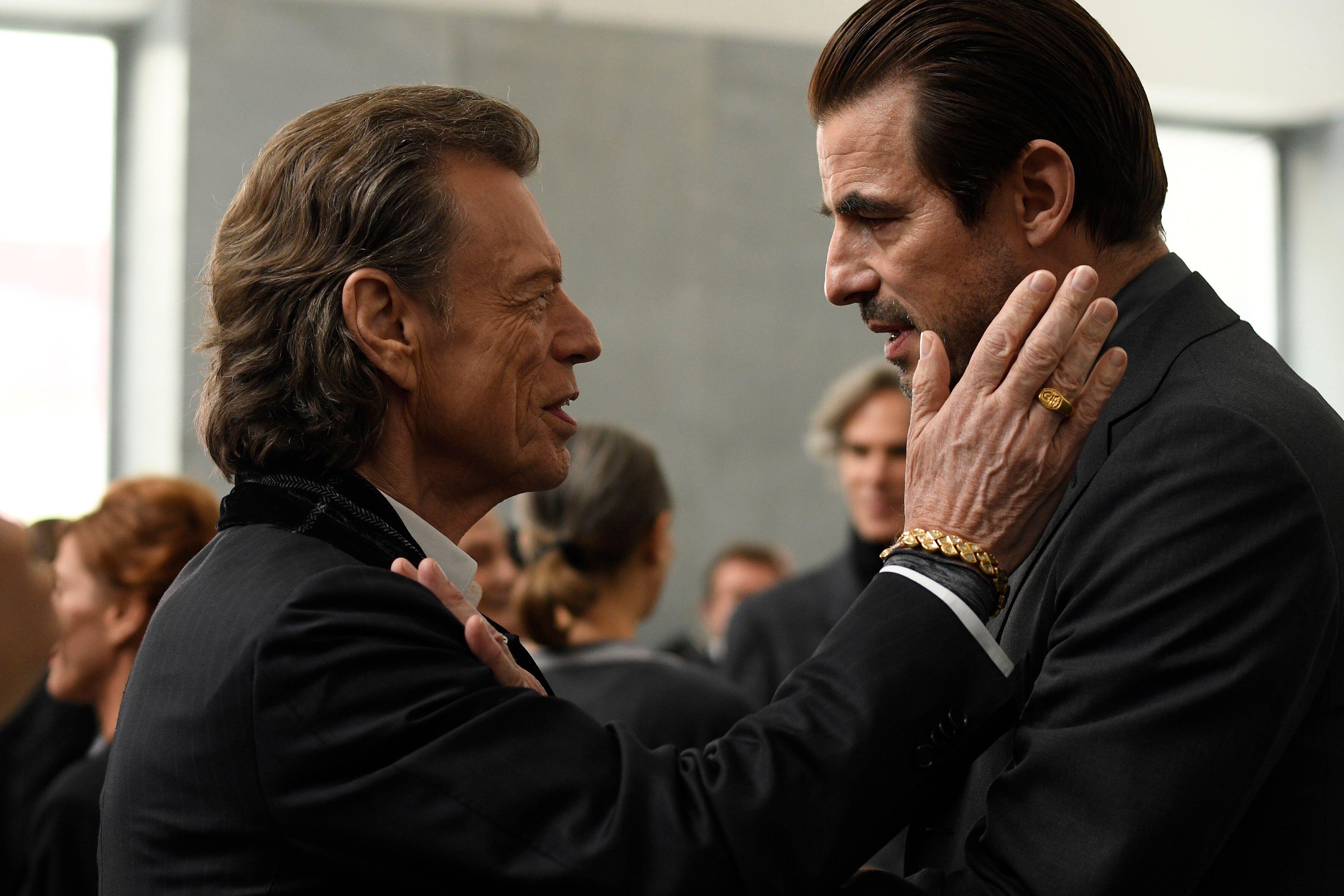 A misogynistic man-about-Milan, Figueras is a handsome, notoriety-craving critic who makes money lecturing tourists about well-known paintings – then smugly reveals all he has just told them is a lie.

He meets enigmatic American visitor Berenice Hollis (Elizabeth Debicki), hops into bed with her then invites her to Cassidy’s Lake Como villa.

Director Giuseppe Capotondi serves up stylishly shot arson, forgery, insects and murder – as well as the important life lesson to never trust a man who cycles in skinny jeans. Sutherland and Debicki bring enjoyable class to their scenes but, overall, the pace feels off-kilter.

After it lollops along in a leisurely way, the frantic culmination feels rushed and scattergun.

But Jagger’s star turn will still give you plenty of satisfaction.

The pint-sized rocker is a joy to watch, relishing all his lines while twitching and gurning his craggy features to scene-stealing perfection.