The ‘Maleficent’ star reportedly pulled out of the ‘Peter Pan’ and ‘Alice in Wonderland’ mash-up movie at the last minute.

AceShowbiz –
Angelina Jolie has allegedly dropped out of “Come Away“, in which she was tapped earlier this year to star opposite David Oyelowo. According to The Sun, the 43-year-old actress was due to begin filming in Buckinghamshire, in South East England, on Monday, August 6, but she pulled out of the project at the last minute.

The “Maleficent” star was reportedly in the U.K., but she called producers on late Monday to inform them that she’s exiting the project. Now, the fantasy prequel movie’s future is in limbo following Jolie’s alleged sudden departure. 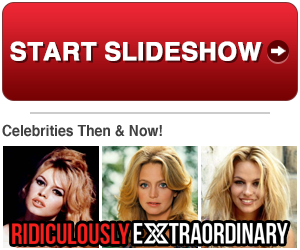 “Everything was set to get under way this week, it has all been agreed for months. Now nobody is quite sure what is going on,” a so-called insider tells the British webloid. “She’s an A-list star and a total pro so everybody expected things to begin as planned, but the way she is talking suggests she won’t now take the role at all.”

The source adds, “The top producers are hoping to persuade her to reconsider so they can get things moving, but there are also contingency plans being considered to keep things on track.” The report doesn’t mention Jolie’s reason to allegedly drop out of the movie.

“Come Away” sees Peter Pan and Alice from “Alice in Wonderland” as siblings. Jolie and Oyelowo were tapped to play their parents. When their eldest brother dies in a tragic accident, they each seek to save their parents from their downward spirals of despair until finally they are forced to choose between home and imagination, setting the stage for their iconic journeys into Wonderland and Neverland.

It has Brenda Chapman attached as director, with Marissa Kate Goodhill providing the script. No release date is set just yet for the fantasy movie.

Jolie will also star in another fantasy movie, “Maleficent 2“, which is a sequel to Disney’s 2014 film “Maleficent”. The Academy Award-winning actress is set to reprise her role as the title character, with Elle Fanning playing Princess Aurora.