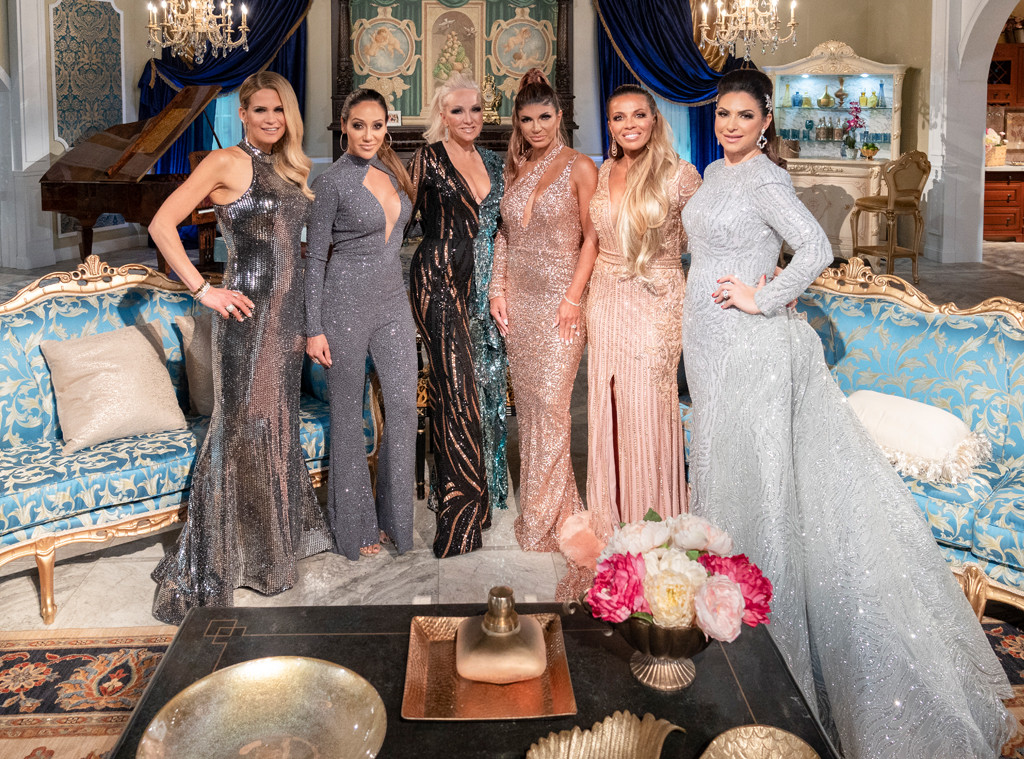 With her husband locked away and tabloid headlines buzzing, Andy Cohen asked The Real Housewives of New Jersey star Teresa Giudice the question on everybody’s mind: Has she remained faithful?

“I admit, I do have one. It’s a beautiful thing, I have to say. It really is,” Teresa said. “[Milania] knew what it was. I said to her, ‘Little do you know, it’s nothing bad, you should make mommy have that!'”

Regarding her husband’s incarceration, Teresa said she’s had a lot on her plate.

“It’s a lot to deal with, my children, what’s going to happen to him, it’s a lot. Listen, everyone make’s mistakes, but to get deported? It’s so sad…I’m doing everything I can. I’m spending all this money, I’m appealing it, like, everything, whatever has to be done, I’m doing it. I’ll fight to the end, that’s what I’m doing,” she said about appealing his deportation.

However, she has not reached out to her former The Celebrity Apprentice boss Donald Trump or Ivanka Trump for help yet. If he does get deported, she said they’ll likely split up.

The third and final part of the reunion featured the New Jersey husbands giving their own taglines, Melissa Gorga and Teresa battling it out once again, Margaret Josephs and Danielle Staub rehashing their season’s worth of drama, Teresa getting gifts of jewelry from Danielle and Jennifer Aydin, and all the ladies, including Dolores Catania and Jackie Goldschneider, surprising Cohen with gifts for his baby. The reality stars gifted him a miniature car and tracksuit and left him with advice.

Teresa: “I know you say that you are nervous, trust me it’s going to come so natural to you. You’re just going to be in love.”

Dolores: “My biggest piece of advice is it goes so fast, I know it’s cliché, but take every single second in, no matter what’s going on.”

Jennifer: “When in doubt, get the red balloon.” She said this for birthday parties, so everyone gets the same balloon upon leaving and there are no fights over colors.

Jackie: “Just take all the videos and take all the pictures because you will so love looking at all of them one day.”

Melissa: “I know you work a lot, but you have to scale back just a little bit when you have this baby and spend all the days and time you possibly can.”

The Real Housewives of New Jersey airs on Bravo.