The 42-year-old, who was suddenly struck down with a double chest infection, looked remarkably healthy  and happy following his twelve day stint in Lewisham hospital. 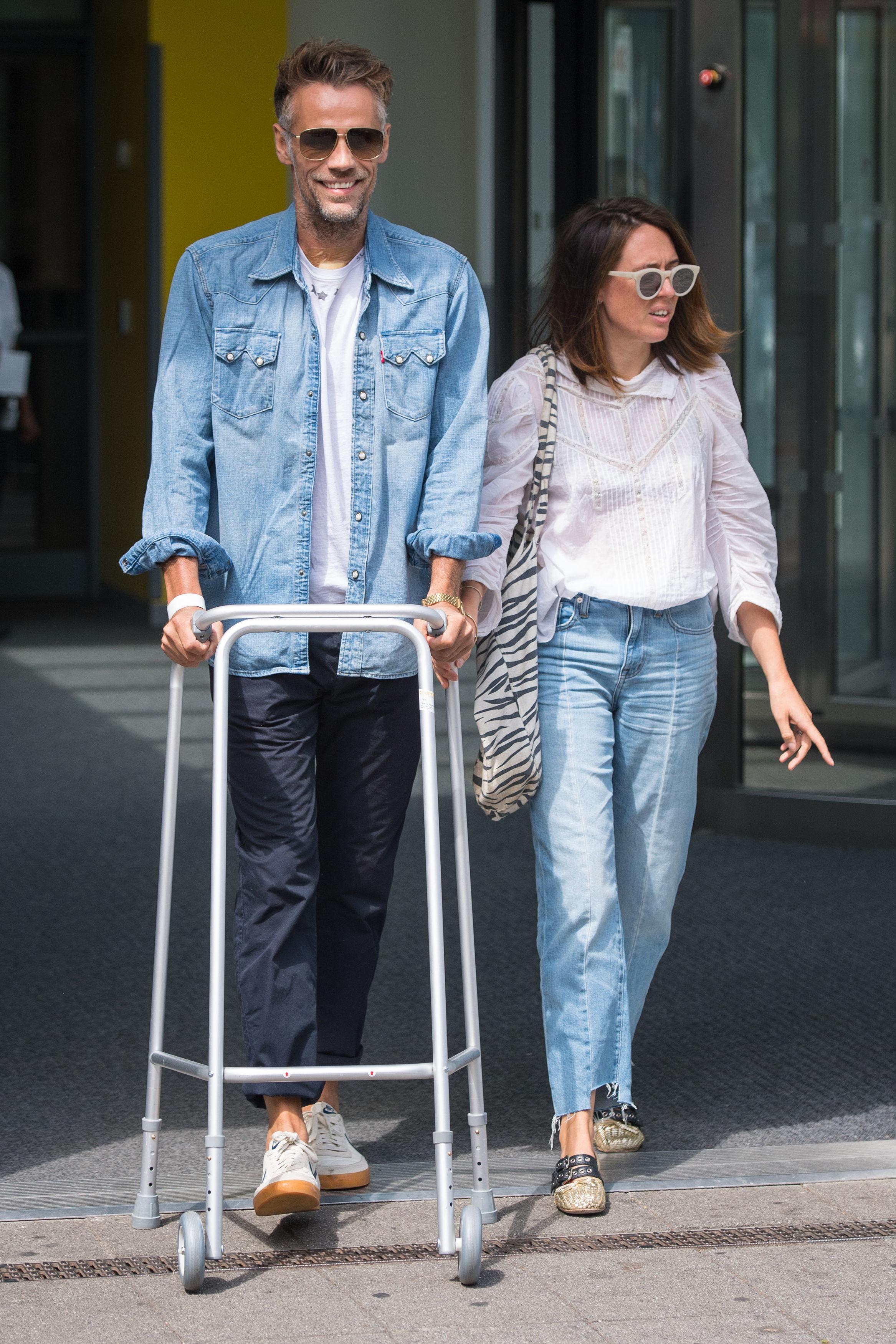 Dressed in a pair of navy chinos and a denim shirt, the former Blue Peter presenter flashed a smile while walking with the help of an aide.

His wife Rebecca, who he married in 2008, was by his side for the emotional moment as they prepared to get him home following his ordeal.

Last night he was paid a visit by his children was joined by Arthur and Ivy as he prepared to leave.

Sharing a picture of them lying beside him in the hospital bed, he wrote: “Final day visitors. Kept them away when on Life Support. Not my  best look.” 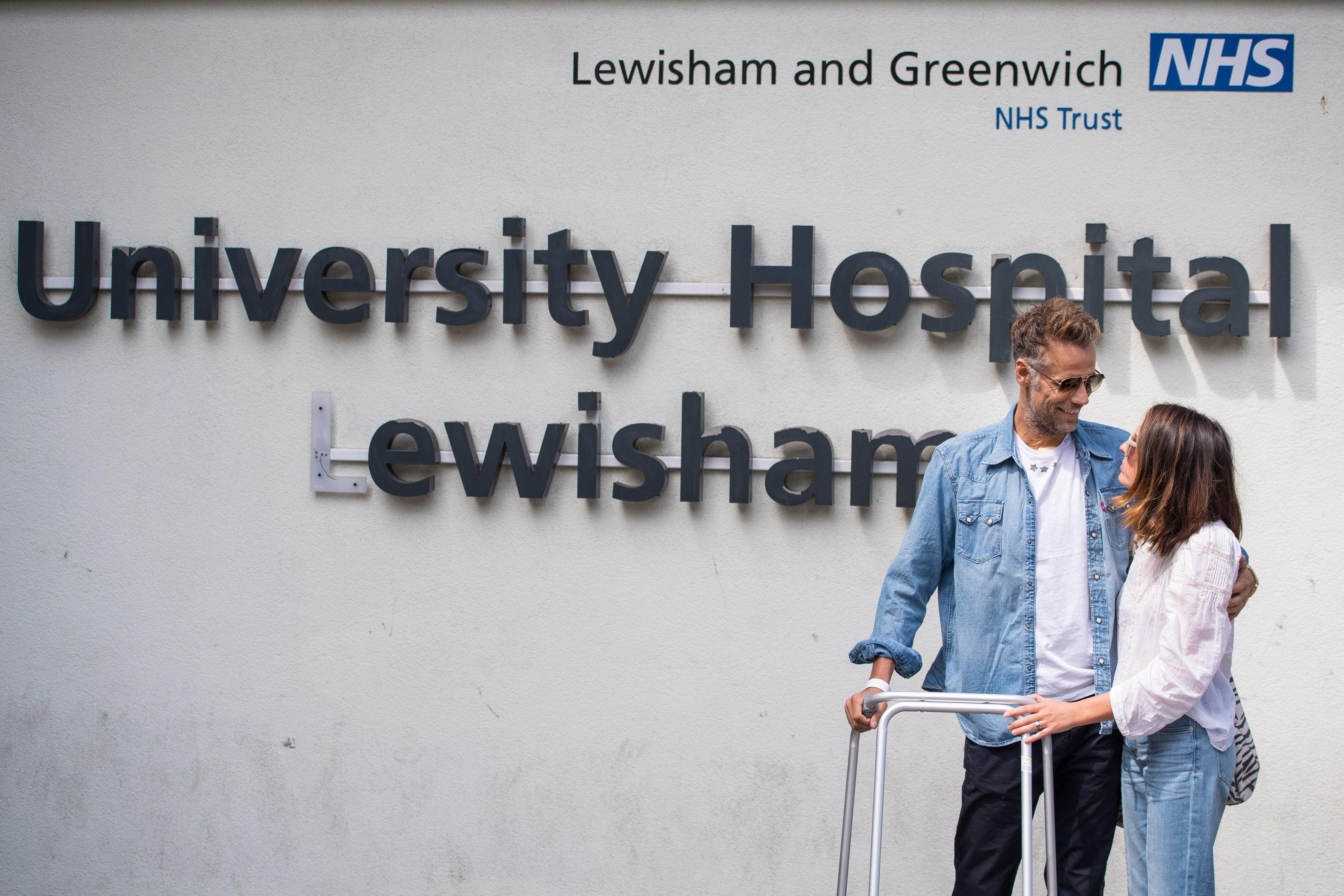 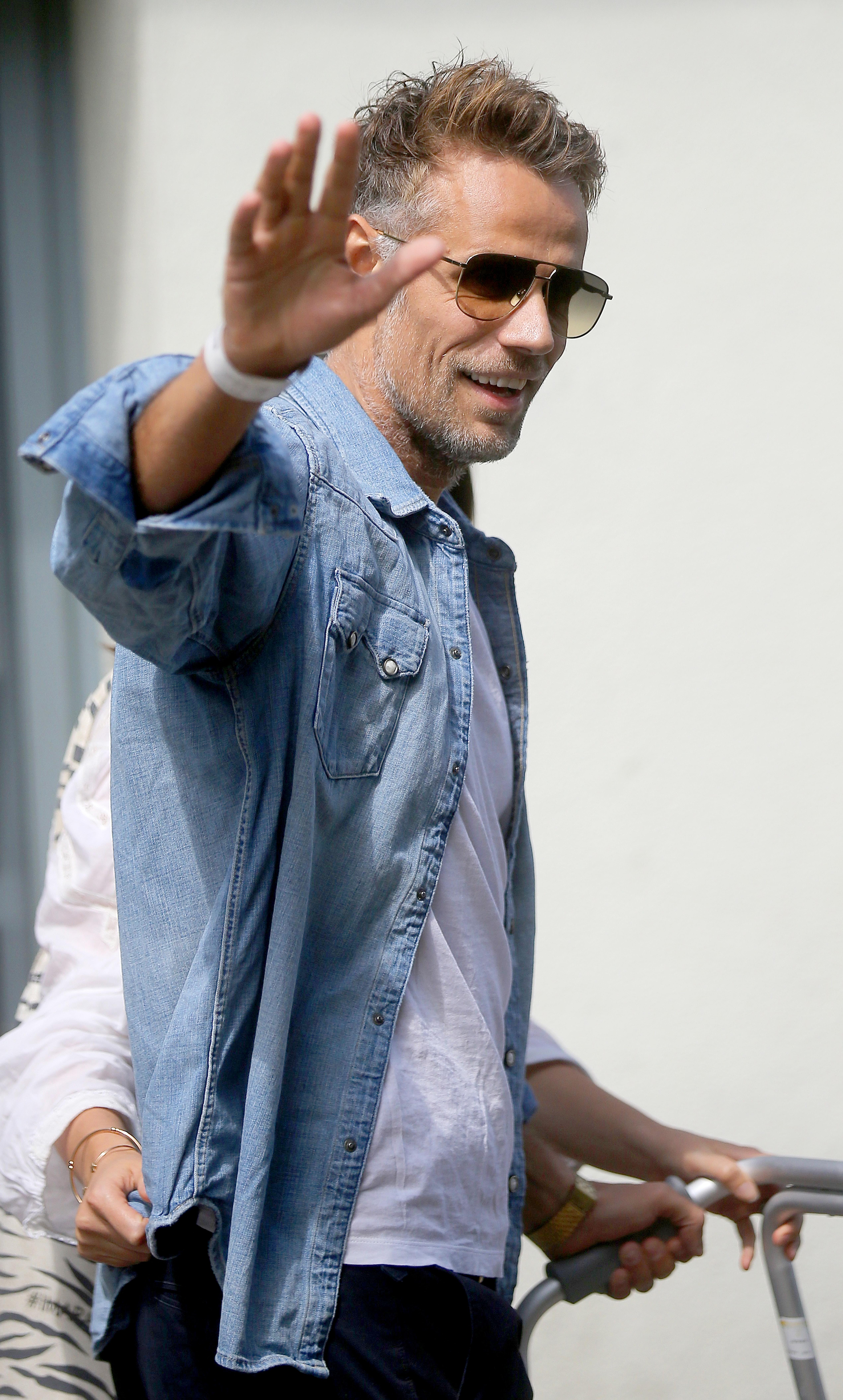 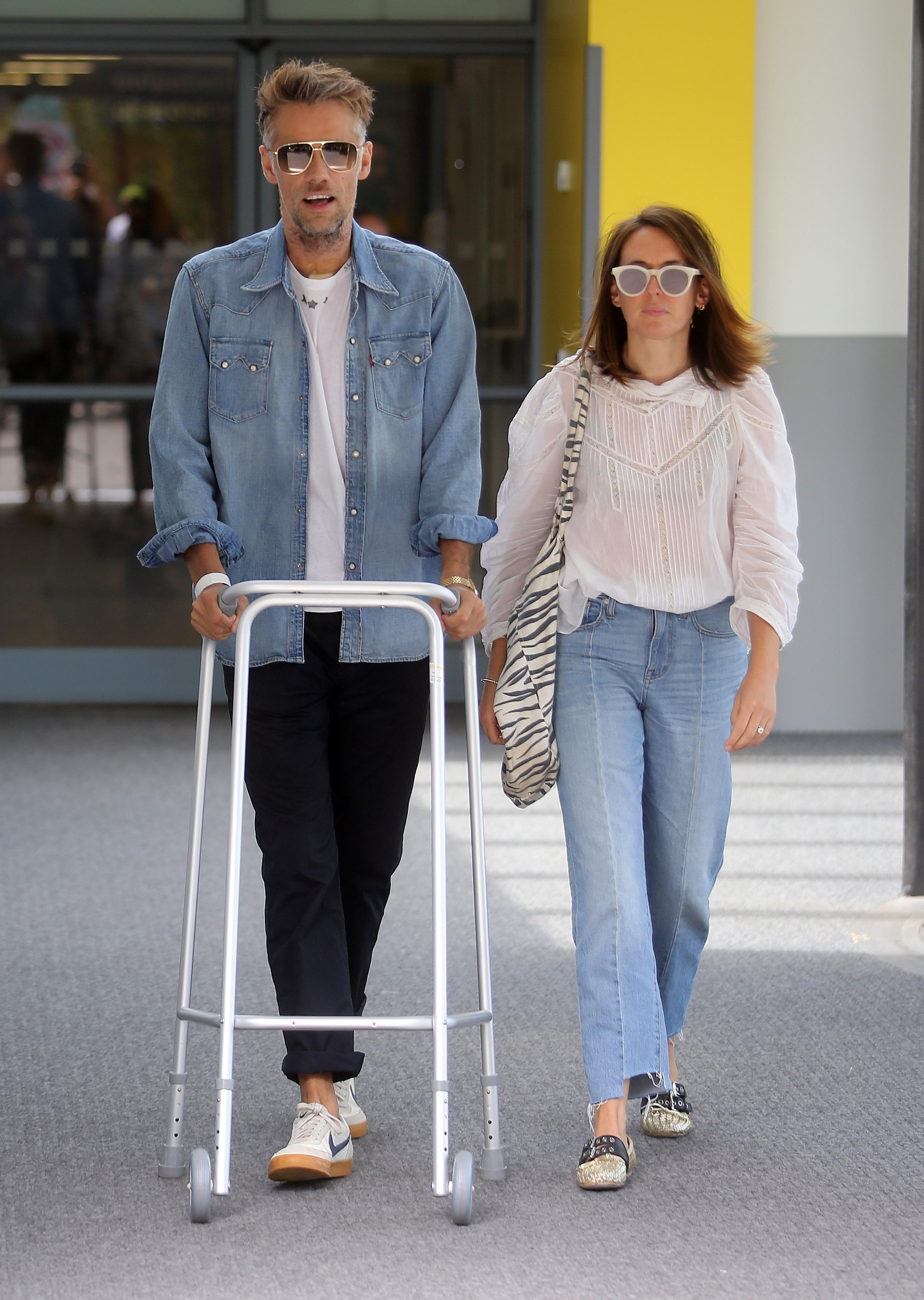 Yesterday Richard praised his wife Rebecca for being by his side throughout the scary time.

He posted a touching image of them holding hands as she wore both their wedding rings.

The star wrote: “Today should be the last full day in hospital (unless I decide to walk home through Lewisham) .

“Every facet of my life would be worse without Rebecca in it. How will I ever thank her? I was in a coma for nine or ten nights total (I just learned).

"That’s a lot of staring at your husband and his pipes. And a lot of worry.” 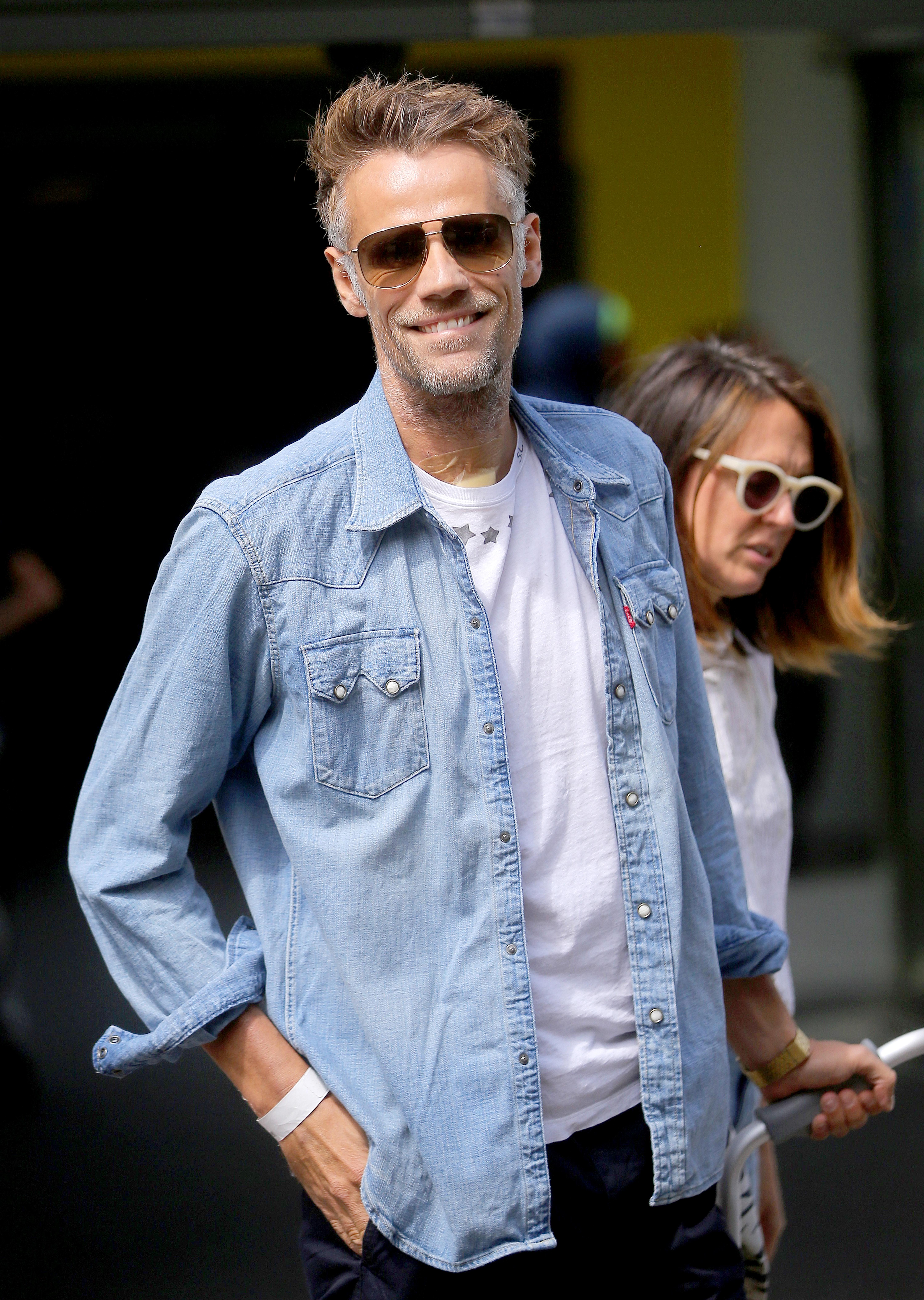 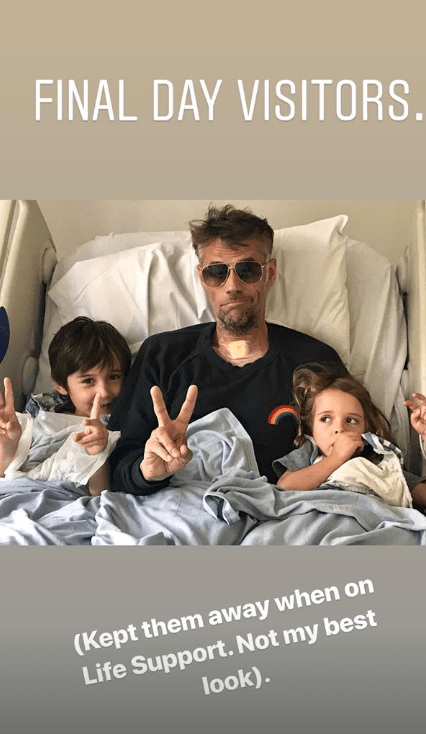 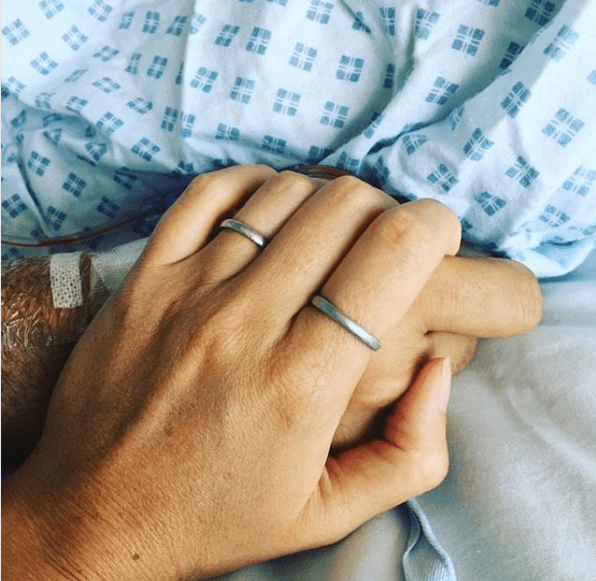 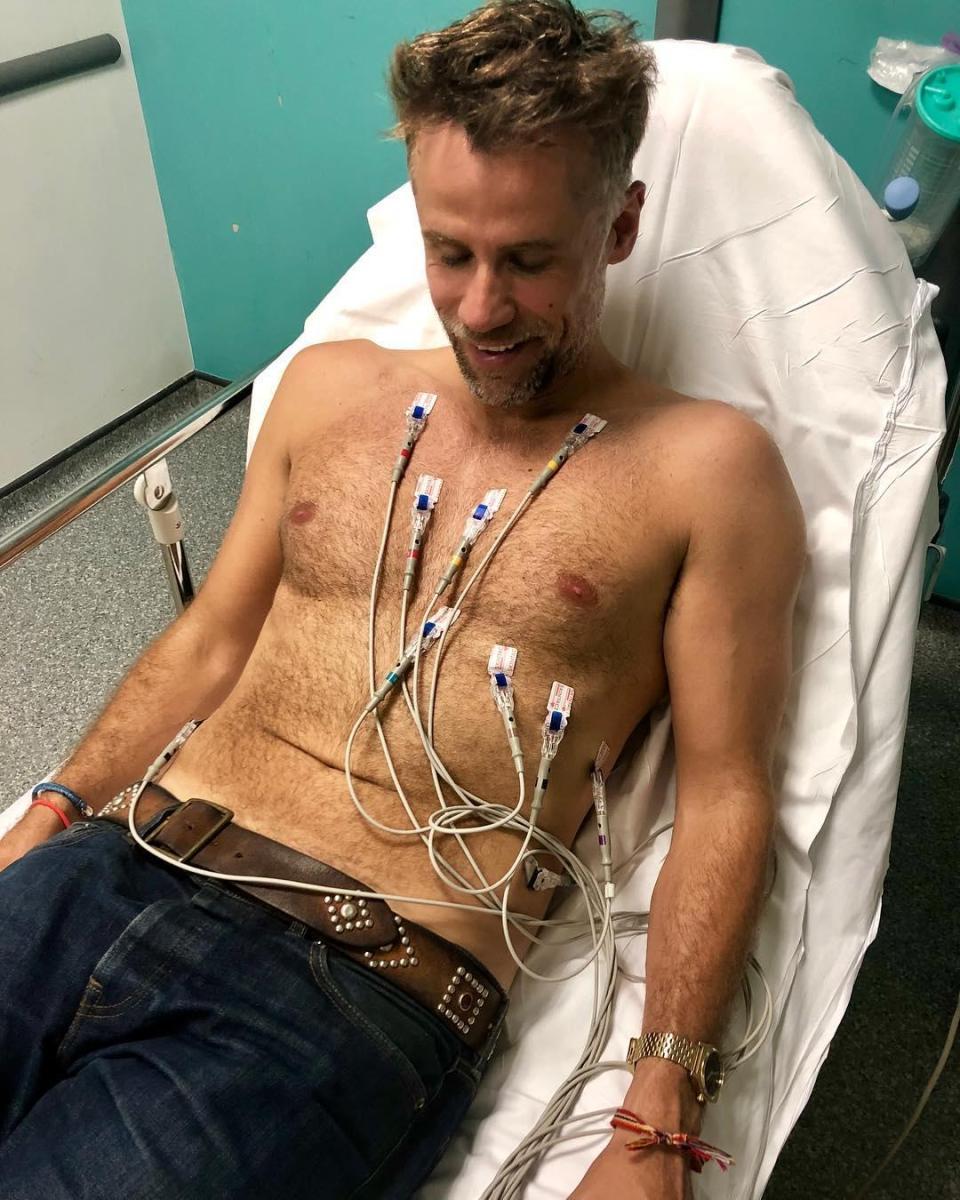 The TV presenter has been in hospital for 12 days with a double chest infection and thought he was about to meet his maker when he was rushed to an intensive care unit with a "massive needle jammed in [his] chest", but managed to pull through.

Letting fans know he was alive, he tweeted when he came out of his coma: "So I did 6 days strght in a coma.

"Been here another 4 since. It’s an yet unidentified double chest infection.

"I nearly died. At one point, as I was as run down a hallway to ICU at midnight, with a massive needle jammed in my chest (bit like Pulp Fiction) I thought, this is it."

Richard felt so close to death that he imagined hospital staff telling his father he had passed away, and he has praised the NHS for saving his life. 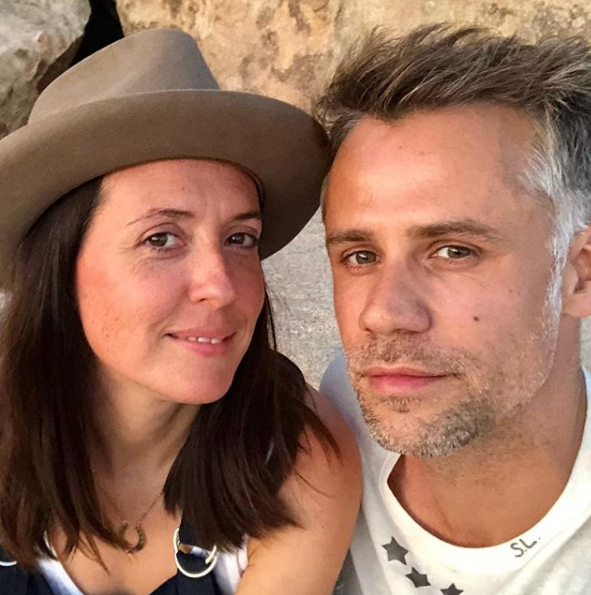 He tweeted: "How’s is this going to affect my kids’ lives? Who’s going to sit my poor dad down and say 'I’m sorry, we did everything we could'.

"But then I didn’t die. And I didn’t die because I’m on the NHS . VivaTheNHS. See you for your [100]th. By which time  I probably will have penumonia.

"This is how good Lewisham Hospital is. I walked in off the street simply complaining of being short of breath. With 90 minutes they had placed me into a life saving six day coma. #VivaTheNHS." 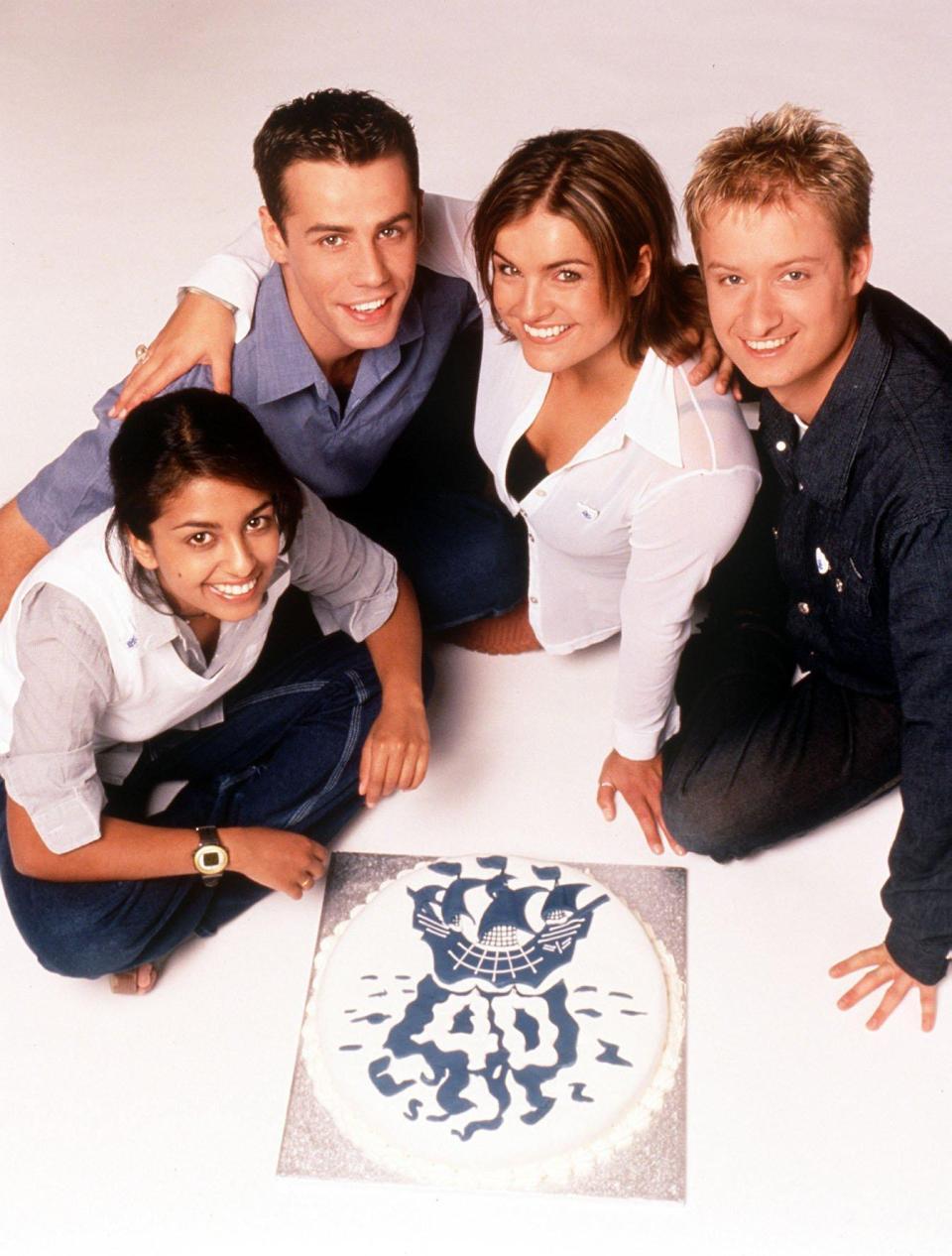