Richard Madeley makes viewers squirm as he asks glamorous Susanna Reid 'what happens if you put Hemorrhoid cream on your face?' on Good Morning Britain

RICHARD Madeley left viewers squirming on Good Morning Britain when he asked Susanna Reid: "what happens if you put Hemorrhoid cream on your face?"

Glamorous Susanna, 48, returned to work today following her Easter break and Richard told her about his fake-tan fail on telly last week. 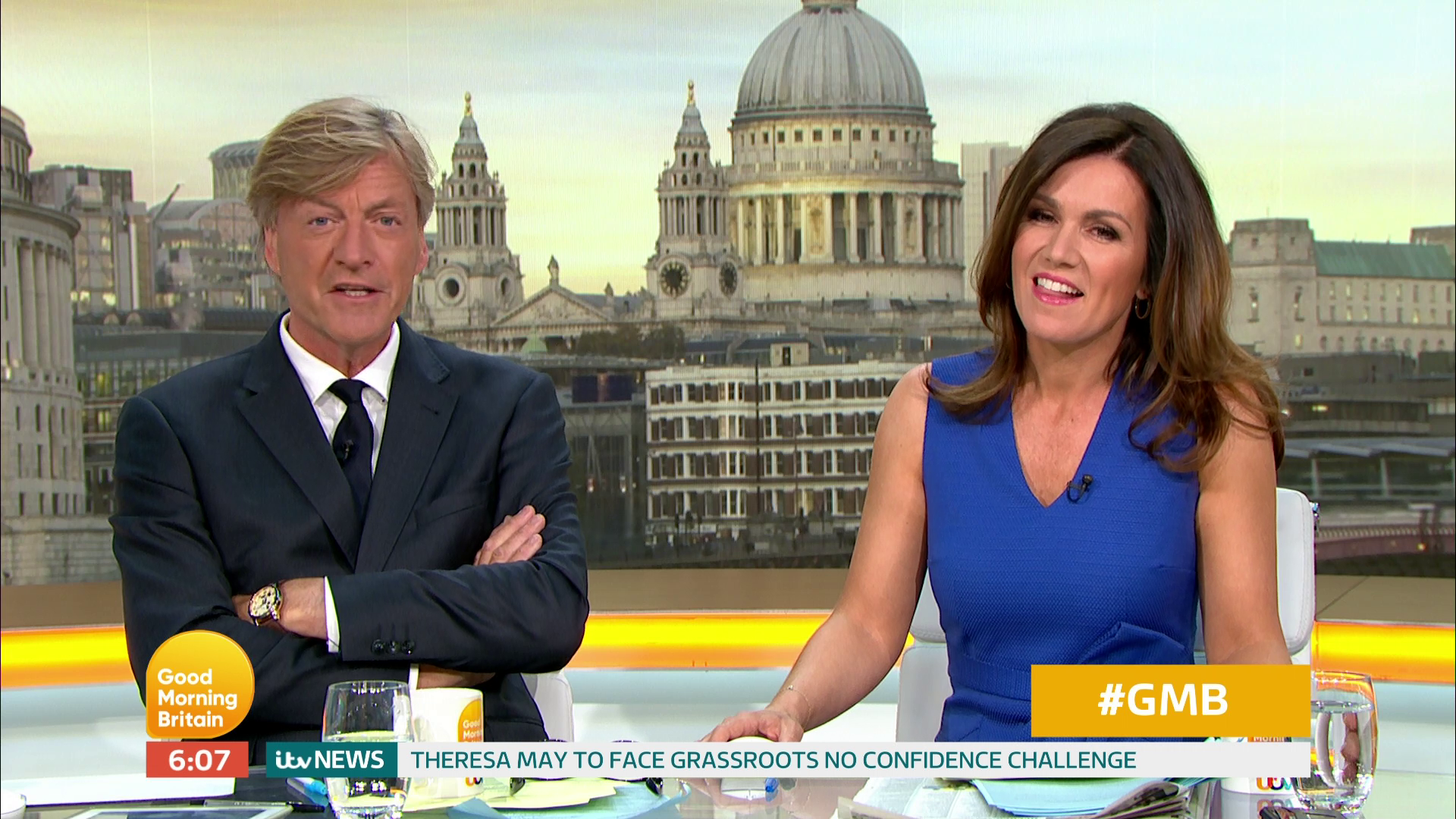 Richard, who had been standing in for Piers Morgan over Easter, told her he thought he had slathered on aftershave but it was fake tan, and that a sympathetic guest had been in touch to say he'd also mixed up creams before – but used Hemorrhoid cream.

Stunned Susanna erupted into awkward laughter and replied: "I thought we were talking about fake tan not Hemorrhoid cream!"

Richard went on: "What happens if you put Hemorrhoid cream on your face? I suppose it tightens up?"

The legendary host, who has often been compared to Steve Coogan's alter ego Alan Partridge, left fans squirming on Twitter.