Ricky Gervais has lined up a seriously impressive cast for his brand new Netflix series After Life, including some of his former Extras and Derek co-stars.

(There’s no Karl Pilkington or Stephen Merchant, though.)

From David Brent: Life on the Road is Tom Basden, Mandeep Dhillon, Jo Hartley, Roisin Conaty and Philomena Cunk’s Diane Morgan, while Ashley Jensen will be representing Extras in the new project. 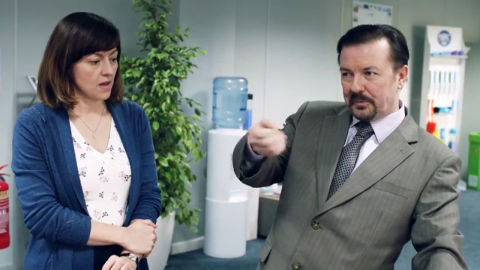 Netflix’s six-episode order of Ricky’s dark comedy was announced back in May, along with its official synopsis – which is both heavy and kind of ludicrous.

“Tony [Gervais] had a perfect life. But after his wife Lisa suddenly dies, Tony changes. After contemplating taking his own life, he decides instead to live long enough to punish the world by saying and doing whatever he likes from now on,” it reads. 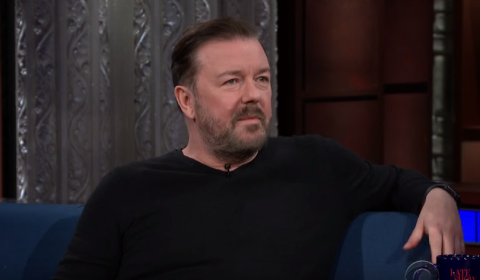 “He thinks it’s like a Super Power – not caring about himself or anyone else – but it turns out to be tricky when everyone is trying to save the nice guy they used to know.”

Explaining the premise for his latest sitcom (if we can call it that), Ricky said: “It’s a guy whose wife has died and he is in the depths of depression and he nearly kills himself.

“But the reason he doesn’t is that the dog is hungry, so that saves him for a while.”