Ring of Honor TV recap and grades: Briscoes in action, new women's No. 1 contender, and Cody Rhodes promotes All In 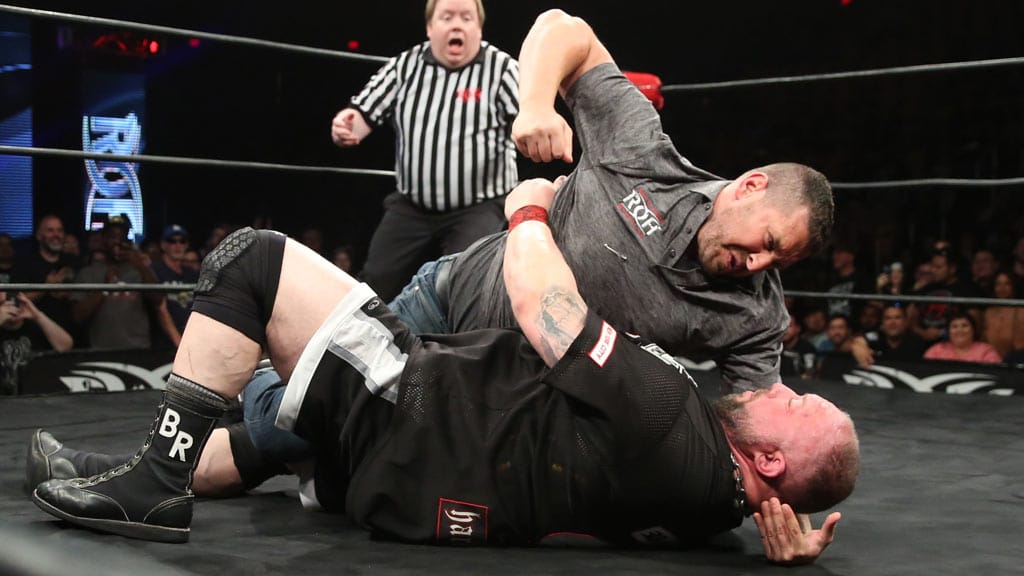 Ring of Honor is preparing for a huge weekend of matches in Europe over the next few days and to lead into those exciting cards they presented some solid wrestling on this week’s episode of Ring of Honor TV.

This week’s Ring of Honor Wrestling episode starts off with a match, which is always appreciated.

The Briscoe Brothers are the current Ring of Honor tag team champions and might be the best tag team in the company’s history. The Bouncers are Brian Milonas and the Beer City Bruiser.

The veteran Briscoes had their hands full with the two 300-plus pound wrestlers but were able to win in just over nine minutes when Mark Briscoe hit the Froggy Bow to pin the Bruiser. The result was not in question but the Briscoe Brothers bust their butts every time they step in the ring.

After the match, the Briscoe Brothers claim to be the baddest tag team on the planet and that brings out So-Cal Uncensored. Kazarian and Christopher Daniels attack and they have to be separated.

Make sure to check out my interview with Christopher Daniels here at Monsters & Critics.

Up next is a four-way match to determine the new No. 1 contender to the Ring of Honor women’s title. The women involved are Tenille Dashwood (the former Emma in the WWE), Kelly Klein, Karen Q and former Impact Wrestling champion Madison Rayne.

This match got a lot of time, at just under 10 minutes, and it was Madison Rayne that won with the Rayne Drop on Karen Q for the win. This was a pretty good match and Rayne looked good in Ring of Honor.

Cody Rhodes is here with his wife Brandi Rhodes. They come to the ring and Cody talks about failing to win the Ring of Honor world title but admits that he never got a one-on-one match for it. Cody then calls out Burnard the Business Bear to cheer him up.

Instead of the bear, it is NWA world champion Nick Aldis that shows up. Aldis calls out Cody for not winning the ROH title to make their match at All In in Chicago a title vs. title match.

Aldis said that Cody has nothing to offer him but Cody points out that he was beating Kenny Omega and Kota Ibushi while Aldis was beating a 53-year-old history teacher for the NWA title. The two got in each other’s faces and Bullet Club arrives to keep them apart.

Flip Gordon was supposed to be in this match but Bully Ray attacked him during his entrance and he had to be carried out. Bully Ray wanted Cheeseburger and Josh Woods to forfeit since they had no third partner and the fans changed for Colt Cabana.

Make sure to read my interview with Punishment Martinez here.

Cheeseburger and Josh Woods accepted a handicap match. The bad guys dominated until Colt Cabana left the announcer’s table, ran to the ring, and accepted a tag into the match. Colt Cabana started to destroy Bully Ray but Shane Taylor hit the Samoan Driver on Cheeseburger to pick up the win.