The singer, 27, flashed the flesh in a sheer white dress, covered in feathers, as she left a London hotel last night. 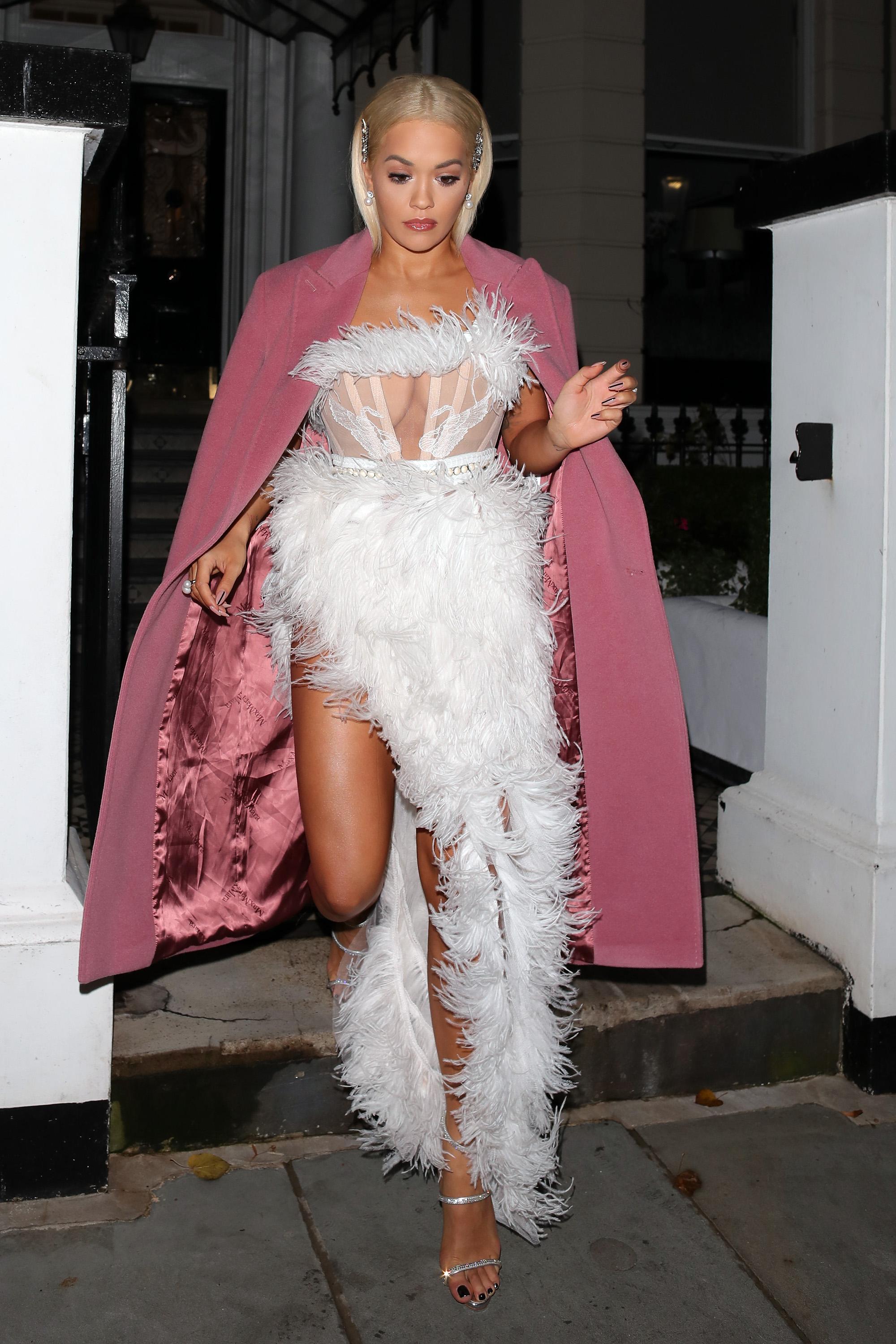 Rita is one of the stars on the 2018 Children In Need Rocks concert at Wembley.

Her risky AADNEVIK frock was slashed to the thigh and see through top which barely concealed her modesty.

Just two nude straps and an embroidered swan pattern covered her assets as she waited for a car in the capital.

The Let You Love Me star had her hair pinned back with pretty silver clips. 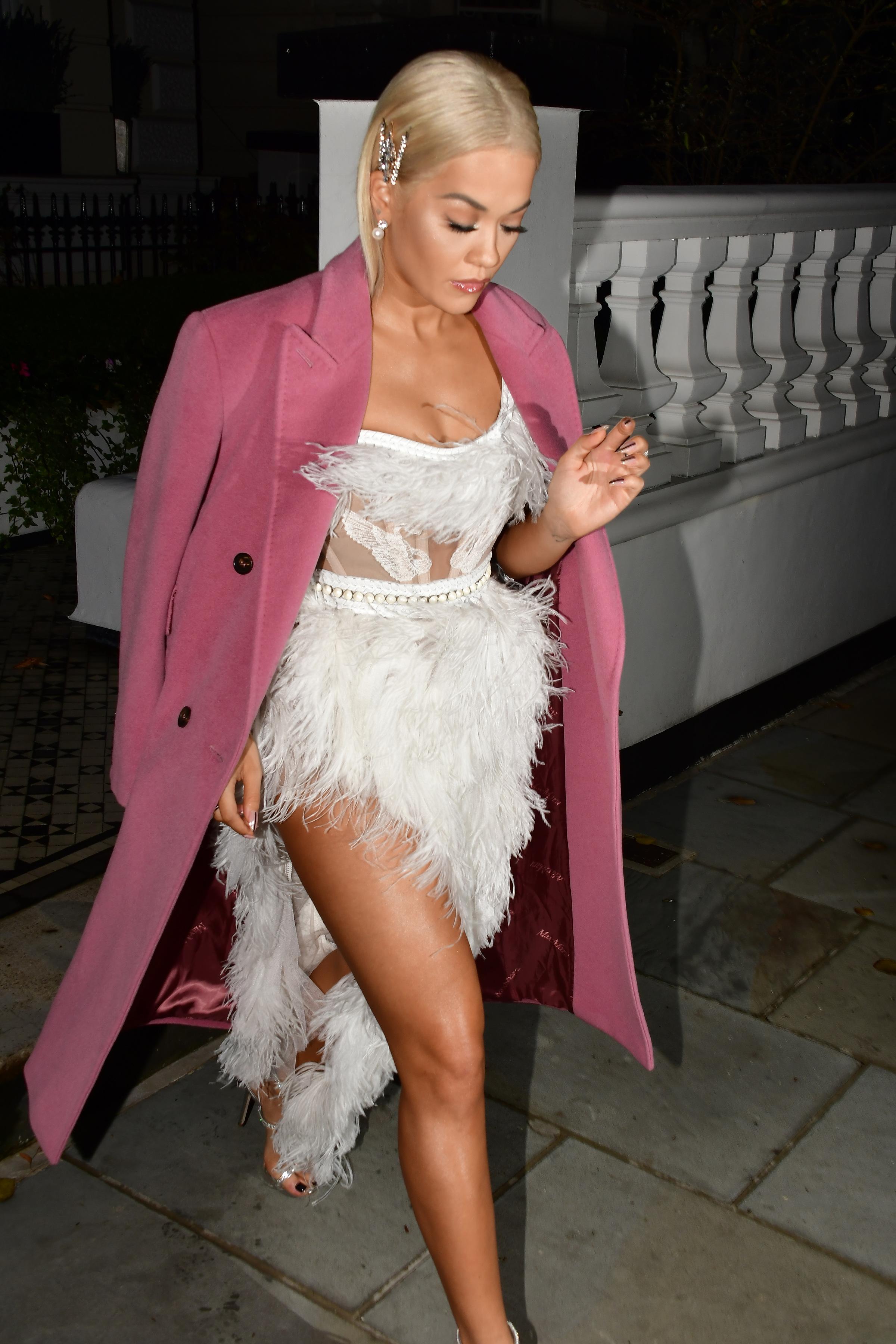 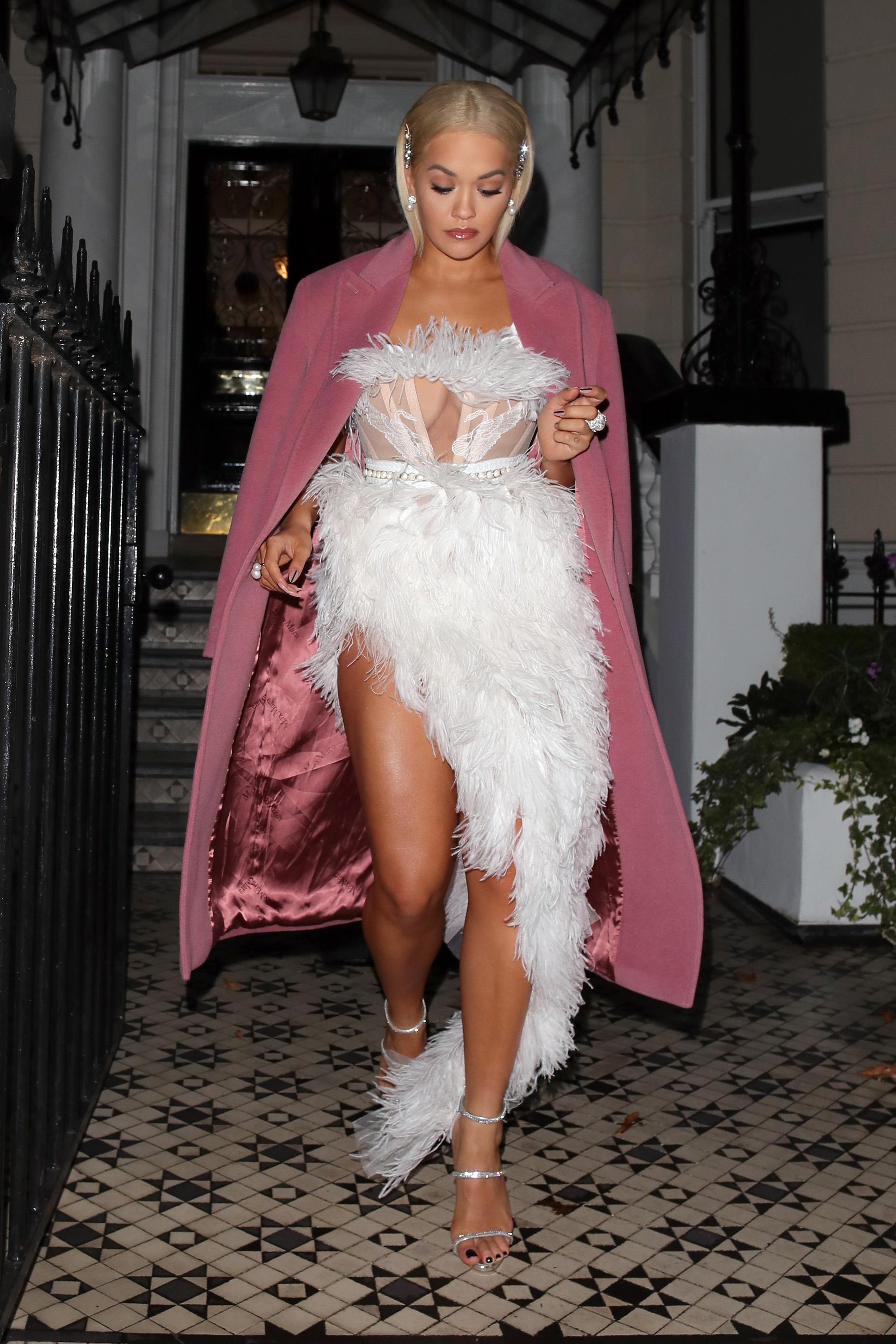 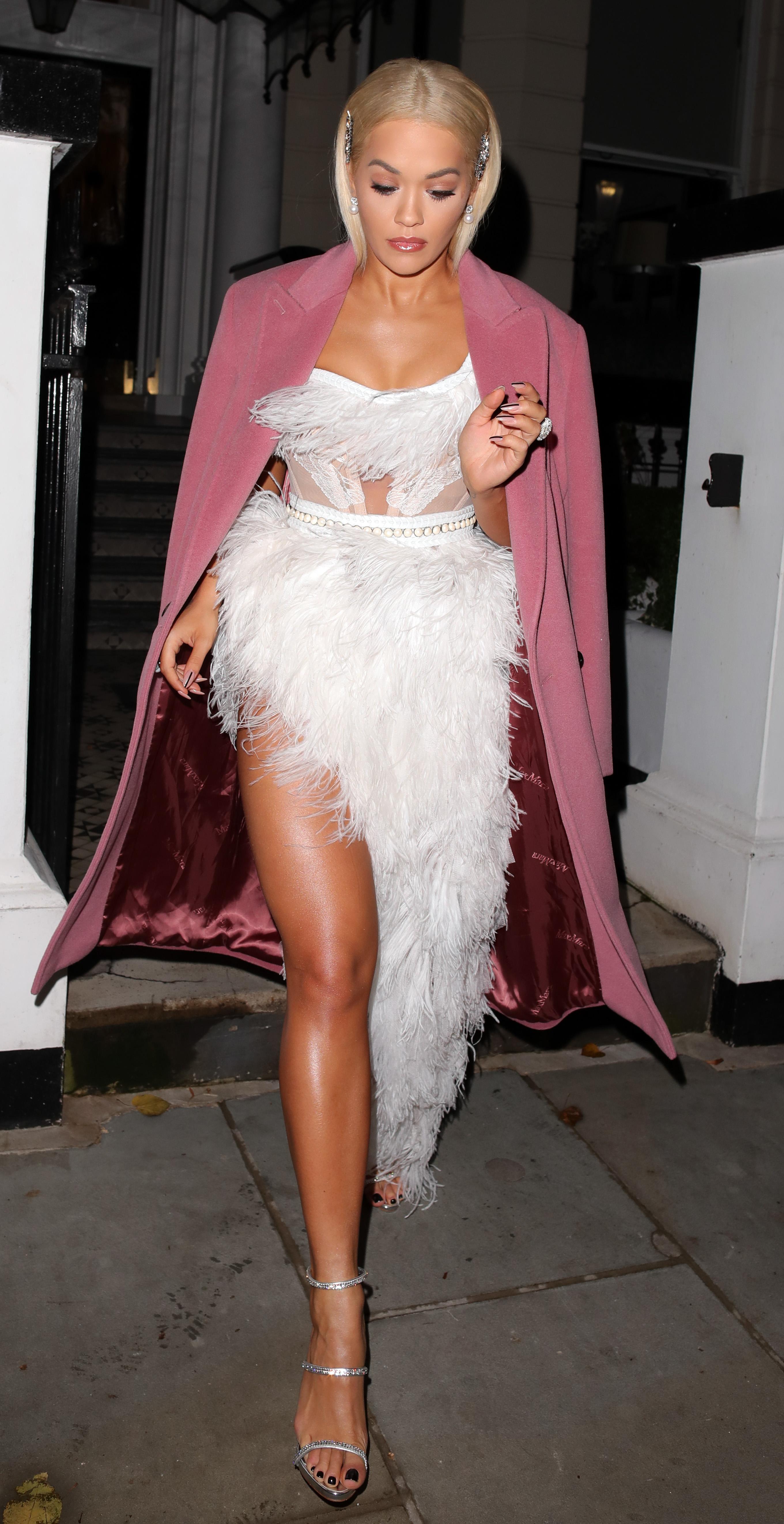 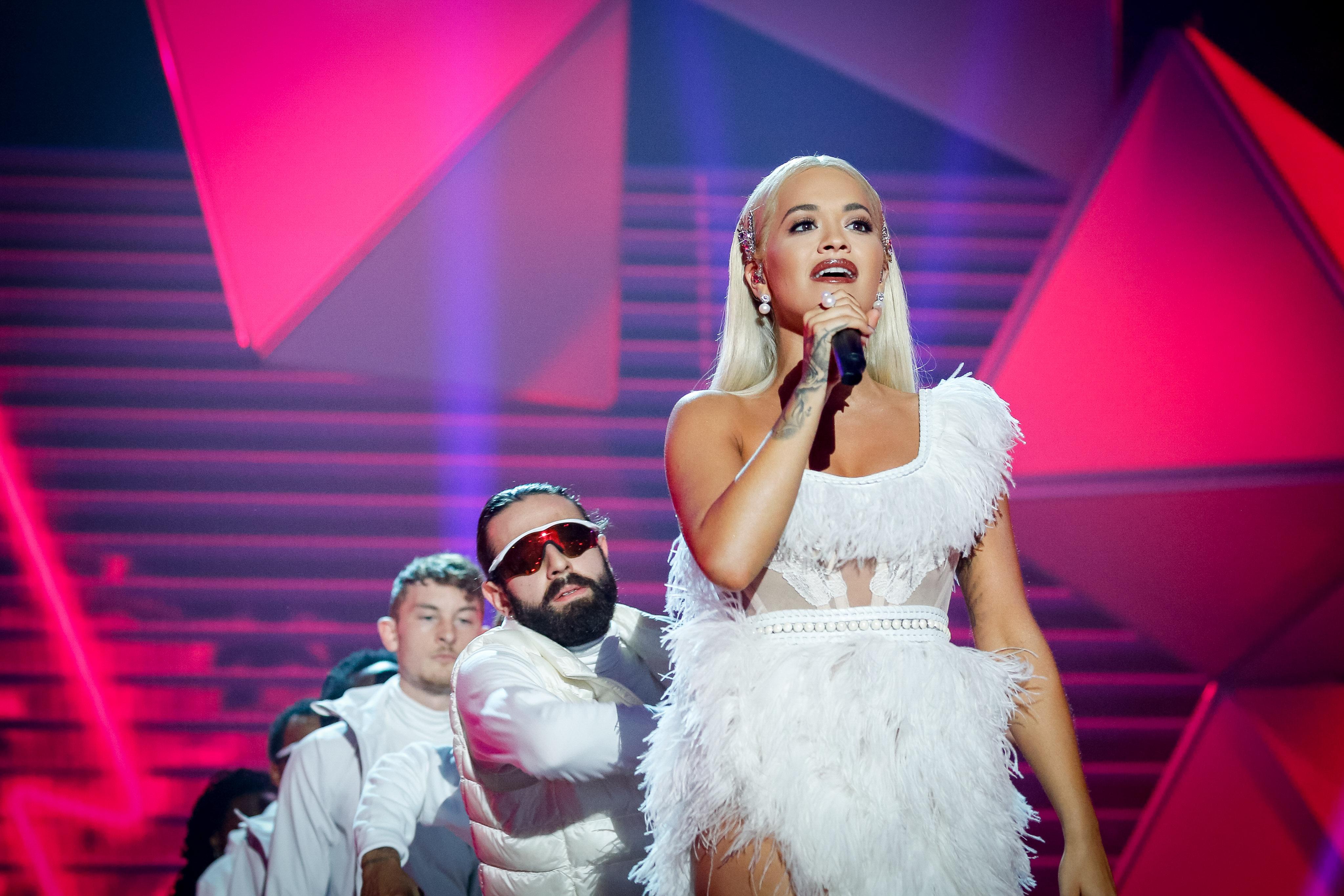 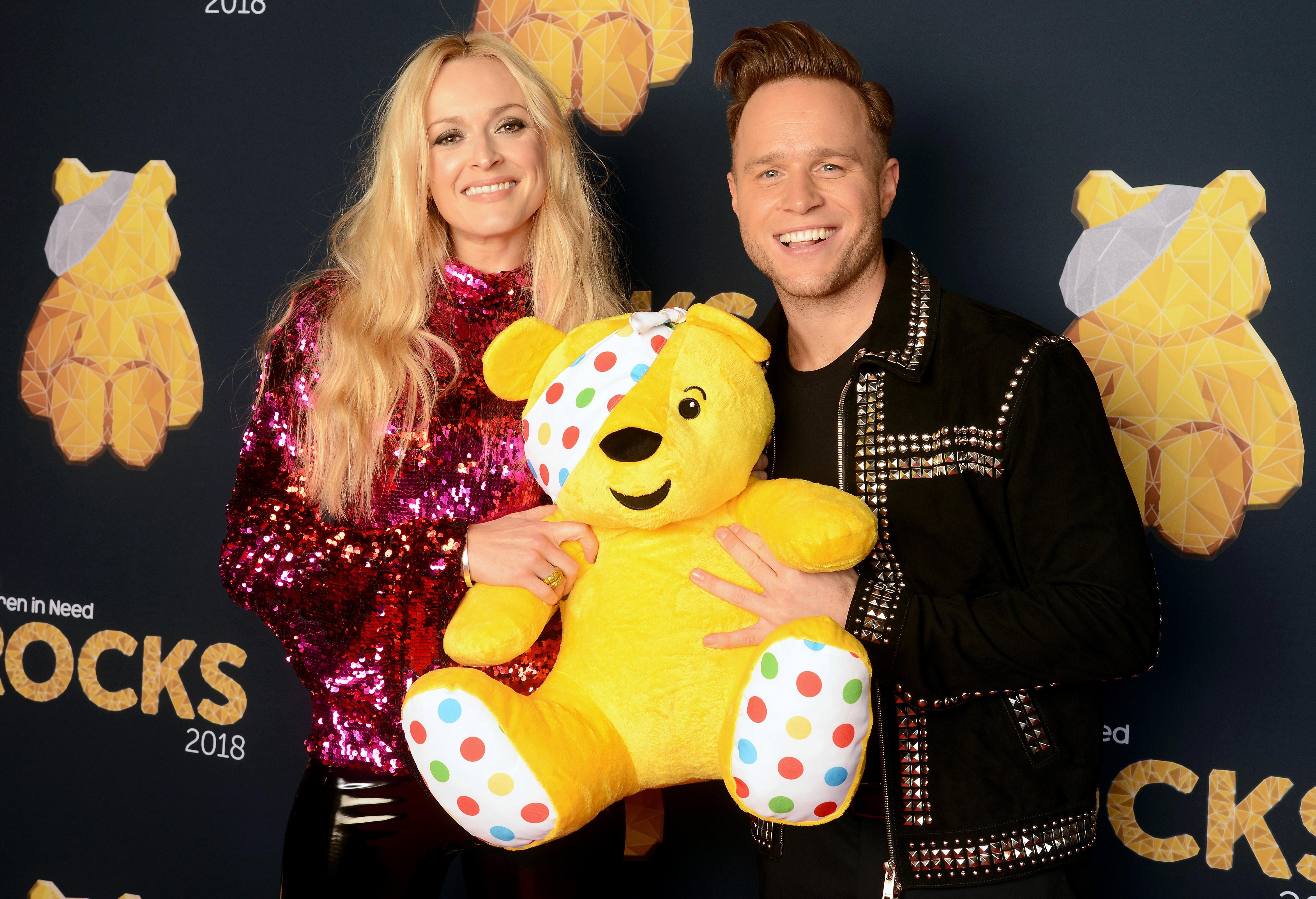 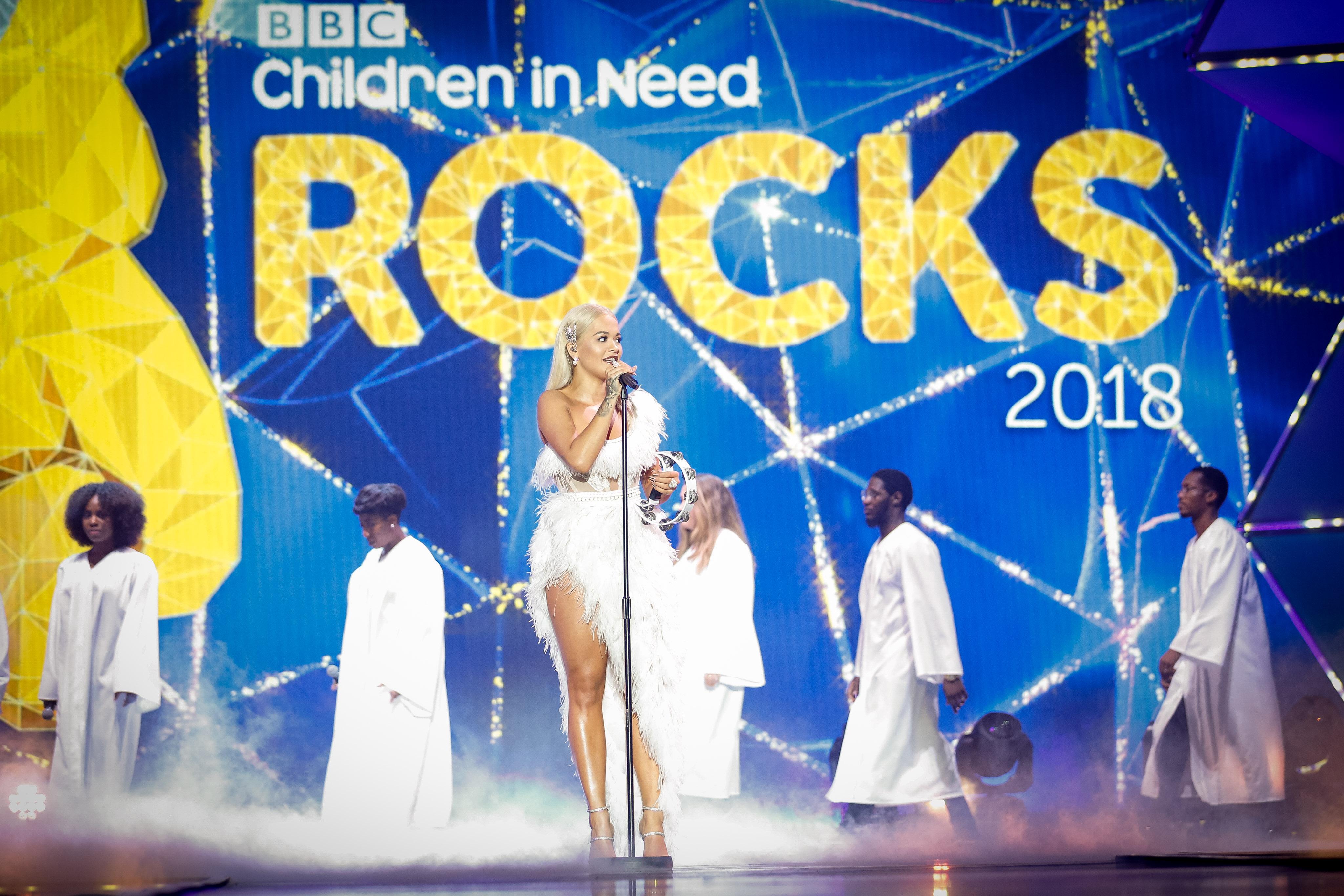 She finished her look with strappy silver heels.

But Rita made sure to stay warm in the chilly London evening, draping a large pink coat around her shoulders.

The musical spectacular was hosted by Clara Amfo and Fearne Cotton.

Child In Need's concert will be shown  on BBC One in the run up to the annual appeal.

The charity supports 2,700 projects in communities across the UK that help children facing a range of disadvantages such as living in poverty, being disabled or ill, or experiencing distress, neglect or trauma.

Rita is no stranger to raunchy looks, and recently unveiled a sexy look for a photoshoot for Clash.