Luke Perry’s last episode as Fred Andrews on Riverdale will air soon, following the death of the actor from a stroke on March 4, 2019. Riverdale showrunner Roberto Aguirre-Sacasa has revealed when the last episode Perry filmed will air on The CW and Netflix. The CW and Netflix show chief has also divulged that Perry’s last scene on the show sees Fred Andrews giving advice to his son Archie (played by KJ Apa).

The episode will be Riverdale season three, episode 19, the instalment called Fear the Reaper (a reference to the Blue Oyster Cult song Don’t Fear the Reaper), which will air at 9pm EST and 8pm CST on The CW.

On Netflix, the episode will air Thursday morning (April 25) from 8am UK time (BST).

This was confirmed by a tweet from Roberto Aguirre-Sacasa on April 22. 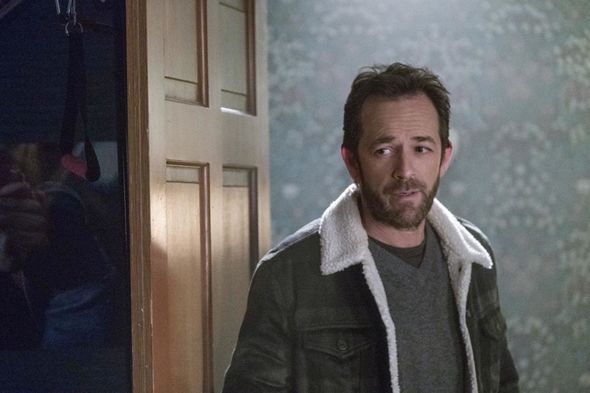 He wrote: “This week’s #Riverdale is the last episode Luke filmed.”

He also teased: “As always, Fred’s imparting words of wisdom to Archie.

“A beautiful, true moment between a father and his son. Wish these scenes could go on forever…”

Although this will be the last episode featuring Fred, it is not yet known if Fear the Reaper will see the character die. 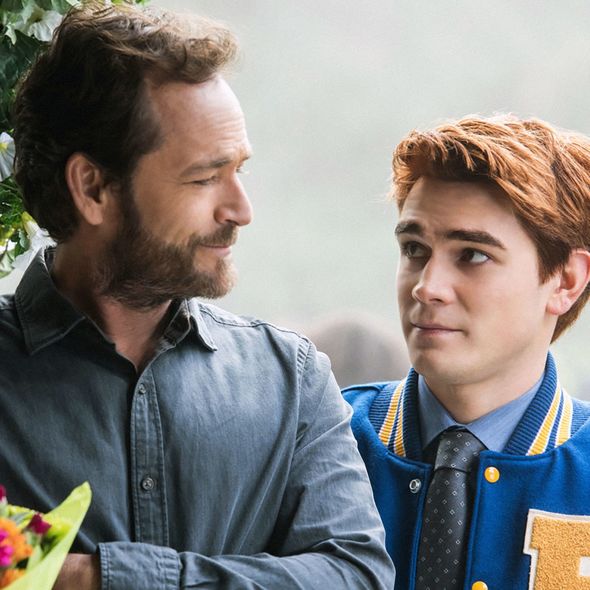 The showrunner told Entertainment Tonight: “You know, honestly, we are I think all still in shock and are all still processing and grieving.

“We know that we have to address it in some way.

“But we’re giving ourselves a little bit of time and space before we figure out the best way to honor him.”

The first episode of Riverdale to air after Perry’s death, Fire Walk with Me, ended with a title card paying tribute to the Beverly Hills, 90210 star.

WILL THERE BE A CROSSOVER BETWEEN RIVERDALE AND SABRINA? 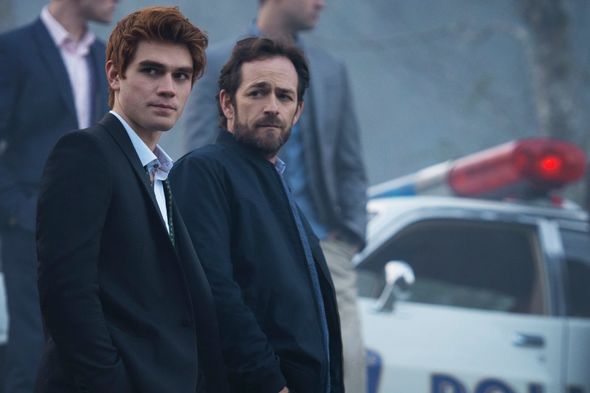 Aguirre-Sacasa has also said that the rest of season three is dedicated to Perry.

The Simpsons and Family Guy have also aired episodes ending with tributes to the actor.

FOX has also announced that the first episode of their upcoming 90210 reboot will end with a title card in loving memory of the actor, who played Dylan McKay in the original series for a decade.

As well as being Fred’s last episode, Fear the Reaper will also see Josie McCoy (played by Ashleigh Murray) considering leaving Riverdale prior to her character’s departure for spin-off Katy Keene.

Riverdale airs Wednesdays on The CW and Thursdays on Netflix