Riverdale: The CW release teaser for episode "Fire in the Sky"

Tabitha Tate (played by Erinn Westbrook) has quickly become Riverdale fans’ latest obsession after the new character was first introduced at the start of season five. As the latest instalment wraps up its first half on the CW and Netflix, could Jughead Jones (Cole Sprouse) finally be ready to start a new relationship?

Another potential pairing for the outlandish young adult drama Riverdale has sent viewers into a frenzy with the latest episode.

Archie Andrews (KJ Apa) and the rest of the gang returned for one last time before the current season takes a midseason break.

In episode ten, ‘The Pincushion Man’, Archie receives an unexpected visit, while his best friend Jughead tries desperately to ward off his writer’s block.

Unfortunately, his choice of inspiration – a strong strain of hallucinogenic ‘maple mushrooms’ – may have caused some worrying side effects. 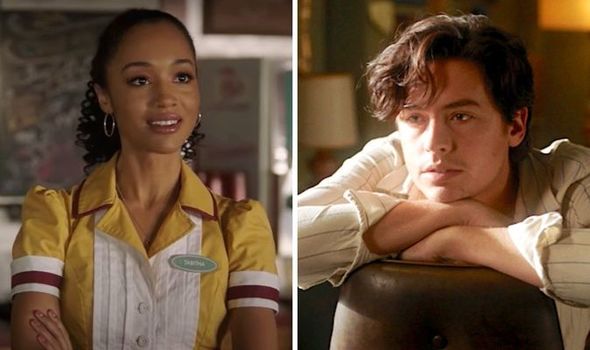 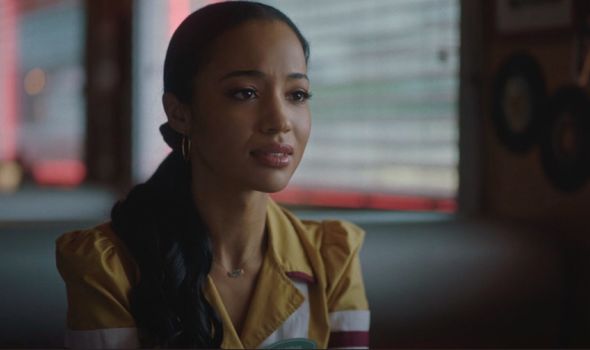 After envisioning a trippy reunion with his ex-girlfriend, Betty Cooper (Lili Reinhart), Jughead disappears in the episode’s closing moments, leaving behind an ominous trail of blood.

While his sinister fate prompted flashbacks to Jughead’s staged murder in season four, many fans were still ruminating on his tender interaction with his new friend, Tabitha Tate.

Staying behind to help clear up Pop’s Diner, Jughead and Tabitha share a dance together and come achingly close to kissing.

Their romantic tension this week ruffled a fair number of feathers in the Riverdale community, as many fans are still convinced Jughead will end the series back together with Betty. 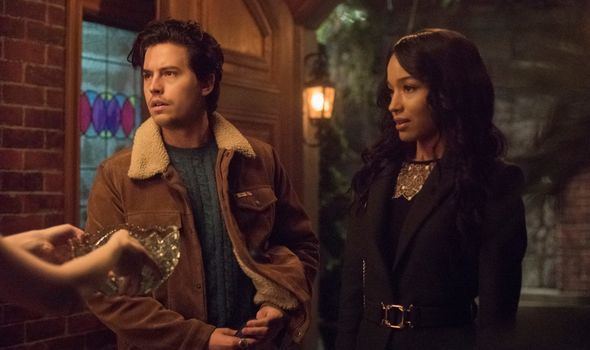 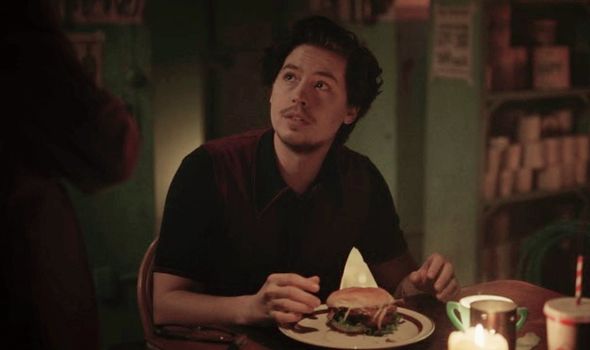 However, other viewers were thrilled by the opportunity to explore a new relationship once the rest of season five gets underway.

A new character for the series not carried over from Archie Comics, Tabitha could finally convince Jughead to let go of the past and get over his painful breakup with Betty.

“I’m actually loving the slow burn with Jughead and Tabitha,” one fan said on Reddit.

“I’m reluctantly trusting that the writers won’t pull the same s**t twice and will actually let a new couple blossom.”

As demonstrated by this comment, some viewers are still unconvinced the series will ever depart from Riverdale’s core pairings, ‘Bughead’ and ‘Varchie’.

Still, Archie’s ongoing triangle with Betty and Veronica Lodge (Camila Mendes) could leave the door open for Jughead to explore new possibilities outside his gang of school friends.

Another fan showed their support on Twitter, and said: “Forget about all the other ships besides Jughead and Tabitha.”

A second added: “Please let the Riverdale writers know Tabitha and Jughead could be THE moment if they let them.”

“Tabitha and Jughead are friend goals,” a third weighed in.

“But we’d like to see them as more than friends, let’s be real their chemistry is off the damn charts.”

Season five is expected to take an extended hiatus, with currently no indication of when Riverdale will eventually return.

Thankfully, production was able to resume last September, so it’s hoped the series will unravel its biggest mysteries before the end of the year.

Riverdale season 5 is available to stream on Netflix.