Hollywood legend Russell Crowe is looking a bit different at the moment, but the gigantic beard he’s sporting is only for a film role.

Set to star as Aussie bushranger Harry Power in a new biopic about infamous Australian gang leader Ned Kelly, Crowe has taken to Twitter to show off his newly-grown facial hair.

While undoubtedly impressive, the recently-grown follicles may have addled his brain as the blurry video is quite bizarre.

Emerging onto screen in a cloud of steam, the 54-year-old actor is only half-visible as he tugs at each strand of his beard.

In what appears to be a bathroom, Crowe can be heard singing along to a classical-sounding folk song in a typically deep, booming voice.

But don’t worry about your old buddy Russ. Pictures recently surfaced of the Oscar winner on the set of The True History of the Kelly Gang, so he’s not making it up.

Known for his rousing monologues in such hit movies as Gladiator, A Beautiful Mind and L.A. Confidential, Crowe has been making the news for different reasons this year. 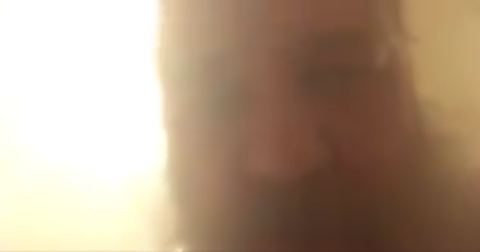 In April, he confirmed his “divorce auction” had raised $3.7 million in sales, while in July it emerged he’d got into a spat with Deadpool creator Rob Liefeld.

According to Liefeld, Crowe was “insulted” when offered the chance to read for the role of Cable. 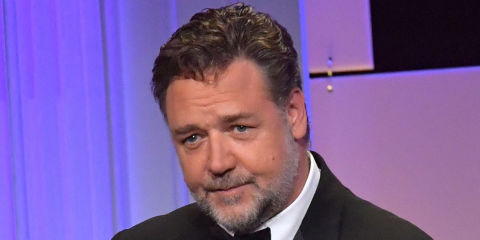 “One night before I went to bed, I didn’t know Russell Crowe was on Twitter, and I stupidly tweeted to Russell Crowe – not ever thinking he’d answer me – and I go, ‘Hey Russell, you should read for Cable!'” said Liefeld.

“That didn’t turn out very well, I got yelled at a lot, because I woke up – because he’s in Australia – to Russell Crowe saying, ‘Read for it?!’, and my manager said, ‘Yeah… Russell Crowe doesn’t read for parts, Rob. You kind of insulted him.'”

As a result, the director ended up apologising to Crowe via Twitter.