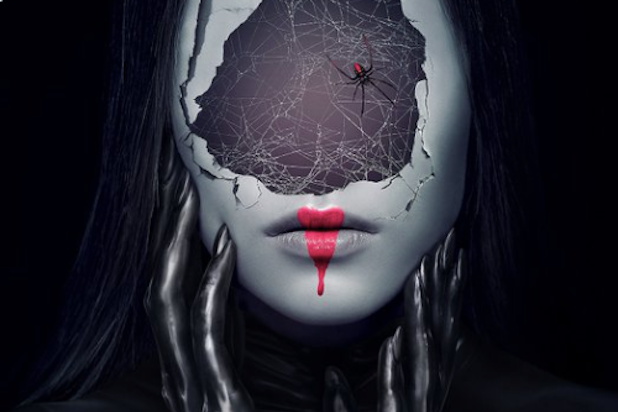 Murphy shared the image, which you can see below, on Twitter and Instagram late Wednesday. In the twisted poster, we see a woman with a partially hollowed out skull that is filled with a spider and its web. The woman’s hands and upper body appear to be covered in tight black leather as she holds her fingertips up to what’s left of her pale face. A tiny bit of what we can only assume to be blood is painted on her lips and dripping off.

“It’s the AHS spin off,” Murphy added in a follow-up tweet. “We are doing 16 one hour stand alone episodes delving into horror myths, legends and lore…many of these episodes will feature AHS stars you know and love. More to follow…”

Murphy has yet to reveal the cast for “American Horror Stories,” but in August, “AHS” staple Sarah Paulson told TheWrap during a virtual press conference that she will at least be directing some of the spinoff.

Production on “AHS” Season 10 began in October. Readers can head over here to see the Season 10 poster Murphy shared earlier this week, but don’t get your hopes up too high, because it does not reveal the season’s title.