Dan Levy grew up in a show business family. His father, Eugene Levy, would become his co-star on Schitt’s Creek. Growing up, Dan Levy had the same problems any teenager has. He struggled with coming out and credits his mother, Deborah Divine, with helping him. 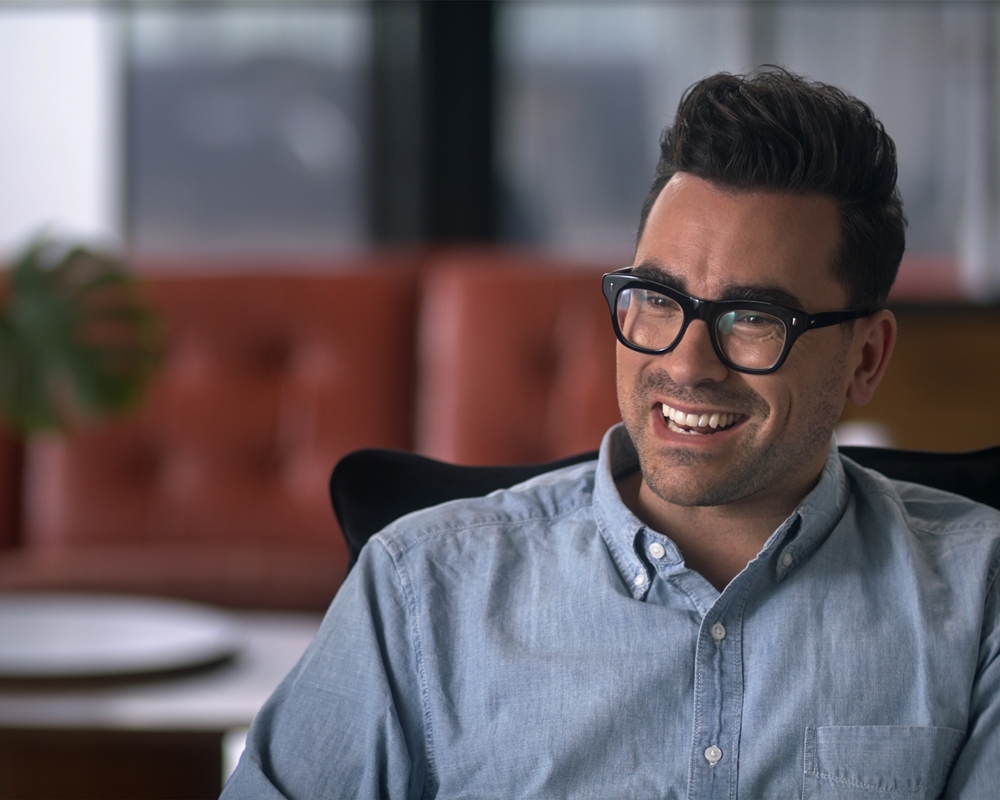 Dan Levy was on the podcast WTF with Marc Maron on May 4. He shared more details about the story of his coming out as a teenager. Schitt’s Creek wrapped its final season in April.

Being a teenager is a struggle for most young people. Dan Levy said coming out adds a pressure unique to LGBTQ youth.

Levy pointed out that talking to one’s parents about their developing sex life would be awkward anyway. Coming out sort of forces them to. 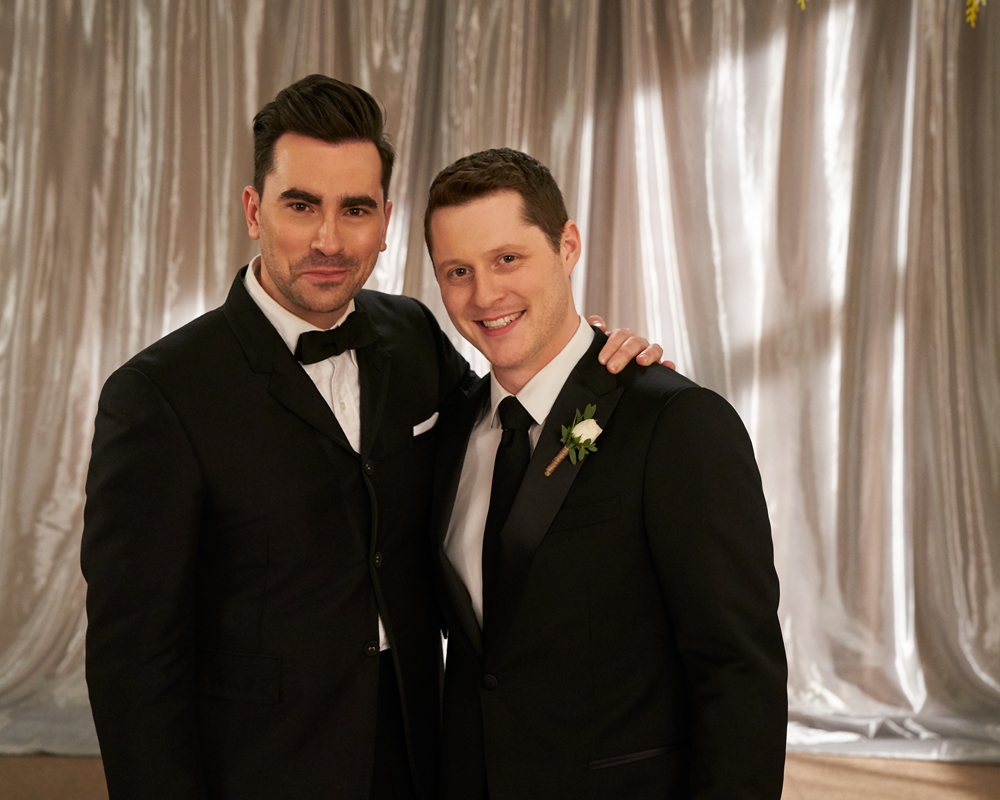 Some LGBTQ kids have an added struggle with unsupportive family members. Dan Levy at least figured his parents would support him. He still couldn’t quite get the words out on his own though.

“I think in the back of my mind, I knew that my parents were going to be accepting,” Levy said. “I knew that deep down but there’s still that kind of fiber of adolescent doubt or even for adults there’s a level of doubt because you don’t know how people are going to respond. You’ve been almost conditioned through what you see in the media to be met with persecution of some kind.”

Even with supportive parents, Dan Levy worried their relationship might change. 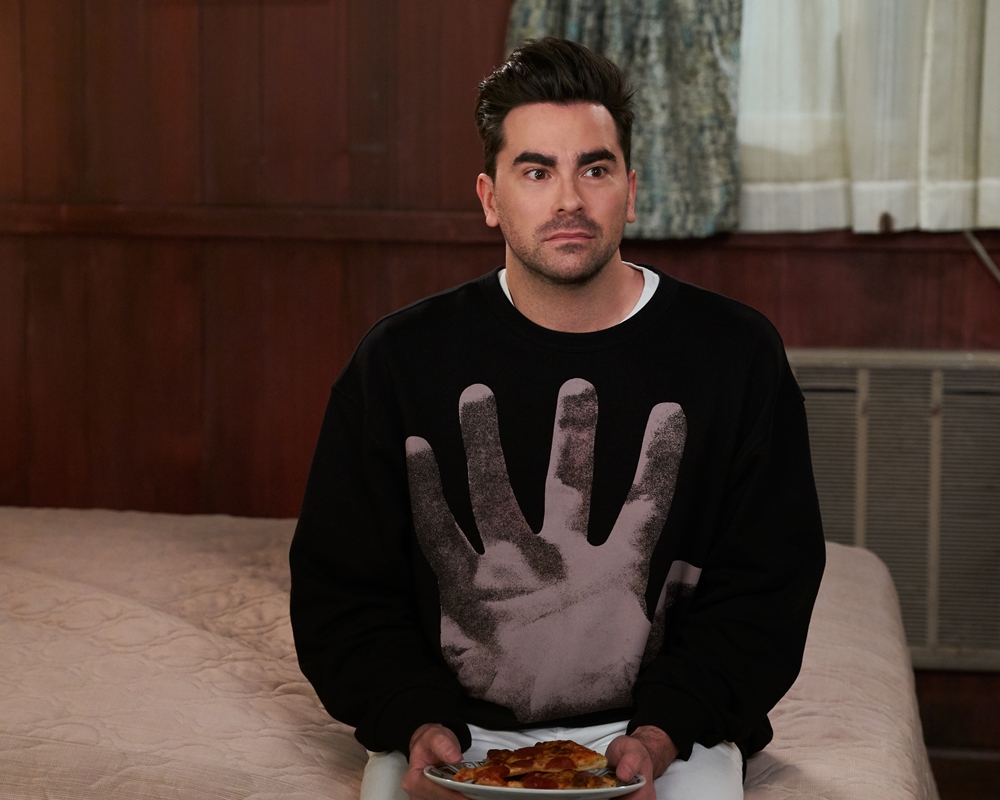 There are so many different layers to the experience that lead to this almost, in my case, I was overthinking the experience and fearing what if this does put a wedge in my relationship with my parents? What if it does make them think of me differently or think of me less, not that that ever would have been the case but those are the fears that you go through because your brain’s not fully developed. You’re just trying to grapple with the reality that is slowly coming to you in little spurts.

The lunch that changed everything

Divine ultimately took the pressure off Dan Levy. She asked him over lunch.

I couldn’t even do it back then. I was very grateful that she found that opportunity and found an opportunity to talk about it that felt open. She didn’t impose it on me and it was really the right time. I think I needed that kind of handholding through the process. A lot of people did it without that and I really admire that kind of strength. I needed some help from my parents. I needed them to almost say, ‘We know what’s going on and we’re okay with it. Just let’s be out with it because I feel like it’s affecting your morale.’

Levy did not even come out to his father, Eugene. Divine did it for him. On Schitt’s Creek Dan Levy was able to write and play the openly gay David Rose.

“We were having lunch and she just asked and I said yes,” Levy said. “She was really great about it and she asked if I wanted her to tell my dad and I said yes. So she did and then my dad very emotionally told me that he loved me and that it didn’t change anything. It’s very lucky. I’m very lucky to have that kind of support around me.”