The film is set in the elite New York fashion world 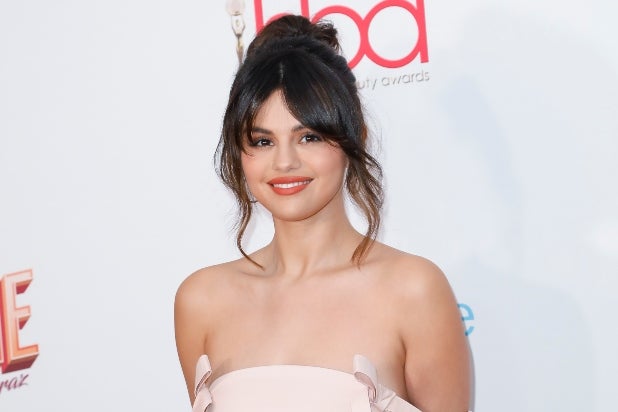 “Dollhouse” is set in the upper echelon of the New York City fashion scene. Though the exact logline is under wraps, it’s in the spirit of Darren Aronofsky’s “Black Swan” with Natalie Portman. Michael Paisley wrote the screenplay.

Gomez will produce through her July Moon Productions banner alongside Shawn Levy and Dan Cohen of 21 Laps, who are also coming on board to produce. The producers are now looking for a director for “Dollhouse.”

Patricia Braga of STX will oversee the project with 21 Laps’ Emily Morris.

“Selena’s involvement is an exciting direction for this project. She is supremely talented as both a star and a producer,” Fogelson said in a statement. “Teaming Selena with Shawn and Dan’s expertise in the horror-thriller genre will elevate ‘Dollhouse’ and we couldn’t be more thrilled by the way this is being developed.”

Gomez as a producer recently executive produced the Sony rom-com “The Broken Hearts Gallery” that was released theatrically at the end of the summer and on Sony’s “Hotel Transylvania 4.” She’s also a producer on Hulu’s “Only Murders in the Building,” in which she also stars opposite Steve Martin and Martin Short.

On screen, Gomez is the star of HBO Max’s “Selena+Chef,” in which she learns to cook from an assortment of world-class chefs over video while in quarantine at her own home. The show was recently picked up for a second season. She was last seen in “The Dead Don’t Die” and “A Rainy Day in New York.”

21 Laps is the producer on Paramount’s “Love & Monsters” starring Dylan O’Brien, which is releasing in theaters and on premium video on demand on Oct. 16, as well as “Free Guy” at 20th Century Studios and starring Ryan Reynolds, which will open in theaters December 11. 21 Laps most recently sold a horror spec script called “Mother Land” to Lionsgate as well as an article on Reddit No Sleep called “My Wife & I Bought a Ranch” to Netflix.