Sexts and the City: Why Do Men Always Think You Want a Relationship? 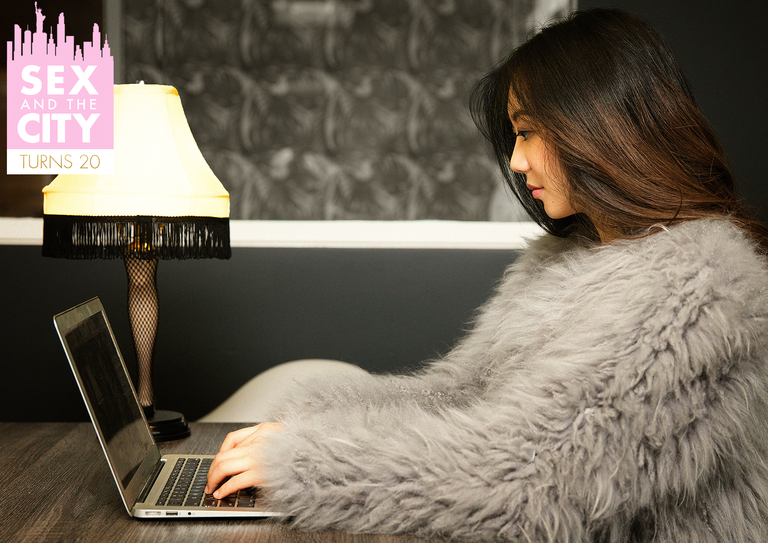 To celebrate the 20th anniversary of Sex and the City, our sex and relationships editor Carina Hsieh (who also lived like Carrie Bradshaw for a week) will write one column each day in the style of Our Lady of Manolos. We couldn’t help but wonder: What would Carrie’s beloved New York Star column look like in the age of Tinder and ghosting? It’s hard to say, but Carina Bradshaw’s got a few ideas. Her first topic of interest? Men who think you want more from them than you do.

Recently, my friend Morgan* had her first one-night stand. She’d just gotten out of a long-term relationship and wasn’t looking to hook up with anyone new, so when she wound up in bed with Greg, a classmate from law school she’d previously assumed was gay, she was just as surprised as anyone.

Greg was older than Morgan, somewhere in that nebulous range between his mid-20s and early 30s. They sat next to each other during the first week of school three years ago and had run in the same circle ever since. After commencement a few weeks ago, Morgan invited the whole group over for a goodbye party. When Greg stayed later than everyone else, the pair wound up drinking and getting food before kissing (oh-so-cinematically) in the pouring rain on their way back from dinner.

For a first attempt at a one-night stand, Morgan thought it went perfectly. The sex was amazing. Greg had the largest penis Morgan had ever seen — “like the full length of a cucumber,” she shared with me later, including a photo of a cucumber she had found on Google Images for scale. He also went down on her so well that the normally cunnilingus-neutral Morgan said she was thrown for a loop. “I was like, ‘I’m confused. This feels really good? What?'”

He called her. Three times.

Which is why, two days after their hookup, Greg’s response stunned her.

He called her. Three times.

When she didn’t pick up, he texted her the most heart attack-inducing three words in the English language: “Call me later.”

“I was like, ‘No I will not,'” she told me over the 2018 version of brunch: Gchat during the workday. Morgan started spiraling, wondering if Greg was calling to tell her he’d given her an STI. After all, this is 2018, and phone calls are reserved for two things only: STI conversations and pretending to look busy when you’re alone in a bar. Later, when surrounded by friends and pumped full of liquid courage, she got up the nerve to answer his phone calls. (Yes, they were still coming.)

As it turned out, their three-day game of phone tag was all so Greg could tell Morgan that he didn’t want something serious. “He was with somebody, and didn’t want me to get the wrong idea,” Morgan said. But obviously, she wasn’t looking to date him. She had just gotten out of a six-year relationship and was looking forward to her freedom.

Why do men always assume you’re so thirsty?

Morgan was offended at Greg’s presumption that she’d immediately want to jump into a relationship. The sex was good, but it wasn’t that good, and they hadn’t even texted after the hookup, so why would he have gotten that vibe? Why do men always assume you’re so thirsty to tie them down?

I couldn’t help but wonder: What could Morgan have done to give Greg this impression? Do men just automatically assume that women are trying to trap them? She had acted perfectly in line with her personal expectations, and had even kicked him out after they hooked up so there wasn’t any weird gray area of cuddling or mushy morning rituals. Her motive, she thought, was clear: Just sex.

Greg not only assumed she wanted something serious afterward, but was so confident in his assumption that he felt the need to call her up and nip any expectation of a serious relationship in the bud. Men: You can have sex like them, but they’ll never believe you when you do.

For Morgan, the whole experience put a bad taste in her mouth. Prior to the phone call, she said she was open to possibly hooking up with Greg again, no strings attached. But her feelings changed when he called. “It’s a bummer because the sex was good, but he was so dramatic, I probably won’t hook up with him again.”

Did Greg’s call trying to solidify a casual relationship make him lose out on one? I got to thinking about mixed signals and the lengths we take to be transparent. In the struggle to say what we mean, do the things left unsaid mean more?

Across town, I’d find out for myself soon enough.

*Names have been changed to protect the innocent, the modelizers, and everyone in between.