Shailene Woodley has revealed she ate only 350 calories a day in order to prepare for her role in new movie Adrift.

In the survival movie, the Big Little Lies actress plays the real-life role of Tami Oldham, who is caught in a catastrophic storm during a yacht trip with her boyfriend Richard (played in the film by Sam Claflin).

However, to prepare for the role, Woodley had to lose a lot of weight, explaining that in the last two weeks of filming she skipped dinner every night. 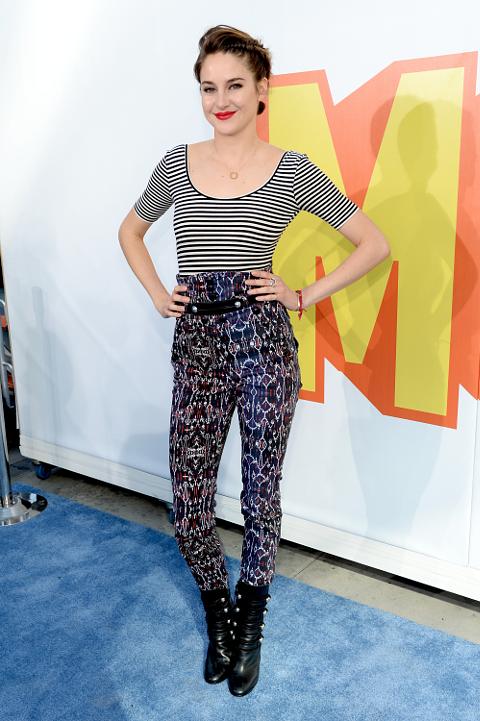 “I can’t sleep when I’m hungry, so I would have a glass of wine to basically pass the f**k out,” she told The Times.

“For the last two weeks I had a can of salmon, some steamed broccoli and two egg yolks every day – 350 calories. It was f**king miserable.”

Shailene also admitted that learning to sail was a big challenge too, continuing: “If you put me on a boat and said, ‘Figure it out,’ I would be able to, but I would not enjoy it. Sailing’s so technical, so mathematical.”

Meanwhile, Woodley recently opened up about making the last Divergent movie, Allegiant, recalling that it was a “hard experience for everyone”.

“That was really what made me think I need to have some human experiences outside of this industry and fall in love with acting again,” she added in an interview with NET-A-PORTER‘s digital magazine Porter Edit, before speaking further about her comments to The Times.

“The third book should have been one movie,” she expanded, adding that the tight schedule gave them “very little leeway to get the script perfect”.

Adrift is released in UK cinemas on June 29, while Big Little Lies‘ second season is expected to premiere on HBO in the US and Sky Atlantic in the UK in 2019.