The creative disconnect between writer/director Joss Whedon and the second Avengers film (Avengers: Age of Ultron) is still being analyzed five years later.

While the 2015 film isn’t always considered one of the all-time best, it still gets cited as having effective character development and dialogue thanks to Whedon’s storytelling skills.

A lot of scenes from Age of Ultron are still being discussed on social media as being below the level of how fans think of the MCU today. Some of these scenes were possibly due to Whedon not always getting along with Marvel on how he wanted the final cut.

One scene in particular is Thor shirtless in a cave, something Whedon reportedly was against keeping. Negotiations had to take place to iron out differences. 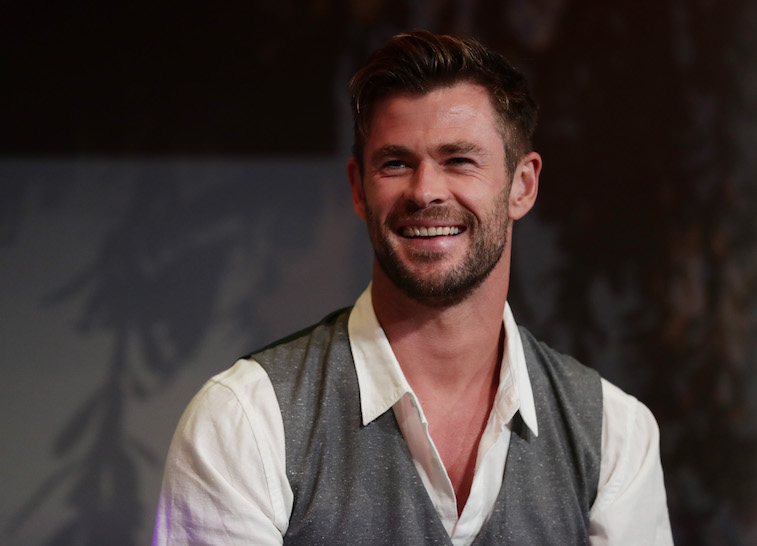 What was up with that Thor cave scene?

The scene above in question was designed to have Thor wading in cave water without a shirt on, something a few fans might think is a cheap way to show some skin.

Discussions about this scene have been intense recently on Reddit where a user reminded it was Marvel Entertainment CEO Isaac (Ike) Perlmutter’s decision to place the confusing cave scene into Age of Ultron.

This cave scene has long been a source of confusion with MCU fans anyway. In the original cut, it shows Thor going off to a remote place to meet up with Dr. Erik Selvig, a friend and scientist who worked with Jane Foster. Then a cut occurred showing the two wading through water in a cave while Selvig held a mysterious toolbox.

During the sequence, Thor has visions of Heimdall (Idris Elba) proclaiming Thor an official Asgard destroyer. No explanation behind the visions or wading in water were done in the final edit. Although, before editing, Whedon had more elements to the scene for better exposition.

The original intention was for Thor to speak to the Norns

Polygon wrote an extensive piece on how the Thor cave scene became so butchered in the editing room. Plus, it was used as leverage by Perlmutter so Whedon could keep a better scene with the Avengers in a farmhouse.

In the original cut, Whedon had Thor meeting with the female Norse beings the Norns. They possess Thor with special powers and knowledge in the cave to take on Ultron later. Because the scene had a negative reaction during audience testing, most of the dream sequences were cut out.

Perlmutter wanted to retain the scene with Thor using the edits, despite Whedon’s objections based on audience response. Apparently Perlmutter said Whedon’s farmhouse sequence would be cut out if he didn’t keep the Thor cave scene as it was.

For Whedon, this was the biggest nightmare in creative frustration.

Fans seem to be down on Perlmutter for interfering

A few comments on the above Reddit thread have some disdain when addressing Perlmutter pressuring Whedon. Perlmutter’s opinion in leaving the cave scene in the film is still a subjective one.

Is it really possible Perlmutter instigated Whedon leaving the MCU after Age of Ultron premiered? It might look like another classic story of a creative having to fight a studio exec over specific scenes based on personal preference.

Maybe Perlmutter was right leaving a shirtless Thor in there helped bring more women into movie seats. Whether the cave scene is the worst one in MCU history is a matter of personal taste.

Media analysts have other ideas on bad MCU scenes, like from Thor: The Dark World. Dr. Erik Selvig being placed into a mental hospital for running around Stonehenge naked (due to Loki’s mind control) has often been cited as the worst. Over time, maybe the Thor cave scene in Age of Ultron will end up in the Top Five.