Steph McGovern welcomes a host of different chefs onto her Packed Lunch show including Sunday Brunch’s Simon Rimmer. However, comments Steph made regarding Simon’s cooking didn’t go down too well with her other guest chefs leading to Freddy Forster mocking Simon earlier in the week.

Last week, Steph invited Freddy onto her Channel 4 show to cook up a sandwich dish.

However, the presenter was shocked when the chef unzipped his jacket to reveal Simon’s face on his t-shirt.

Freddy introduced: “We’ve got a five-star beef sandwich, that’s what I like to call it.” 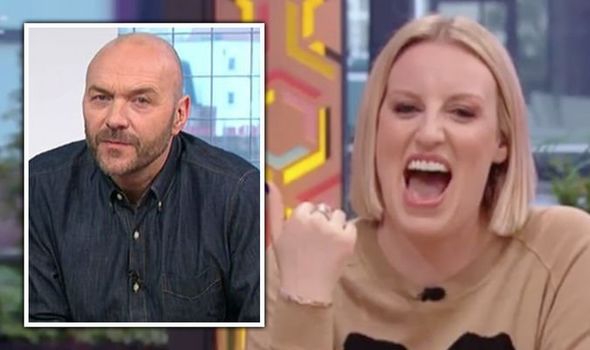 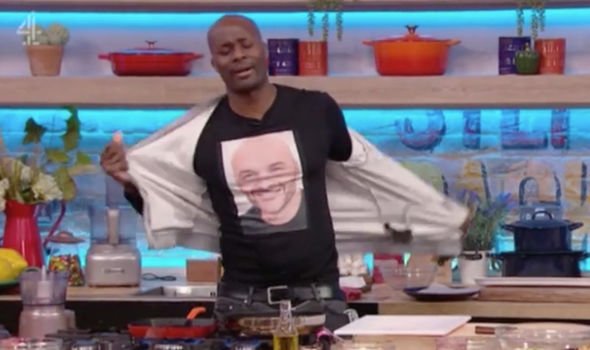 Steph was gobsmacked by the specially made t-shirt and confessed: “I did not know anything about this.”

“You know what they say, keep your friends close, keep your enemies closer,” he quipped.

“But I must say for anyone who hasn’t seen this ongoing, what are we calling it?” Steph asked. 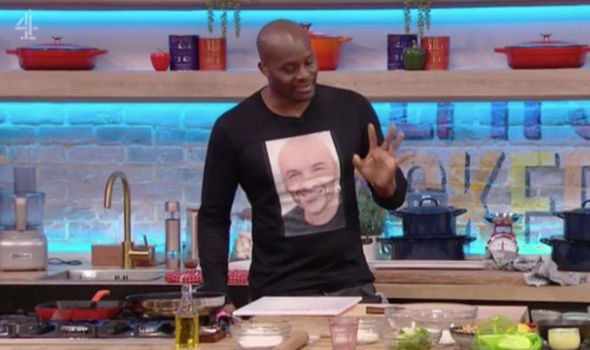 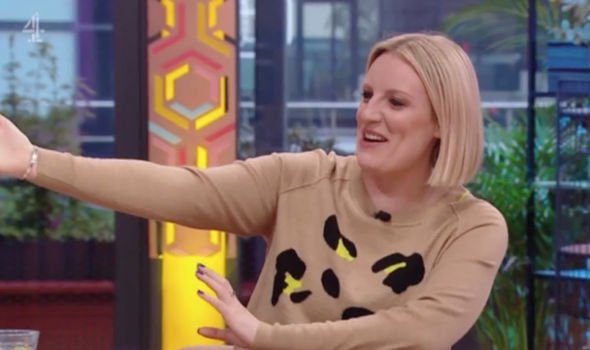 “Banter,” Steph continued. “Between Simon Rimmer and our other chefs because I said, ‘Simon Rimmer makes the best food on the show.’

“And since then there’s been quite the fight going on but there we are, it’s all friendly.”

“All friendly,” Freddy confirmed and she added: “I love the idea of you getting that from a shop.”

“You know me I had it personally made,” the TV chef revealed.

“Got it in tight-fitting as well,” Steph joked and he hit back: “Of course, very important.”

Last month, Freddy confronted Steph over her declaration that Simon’s ham dish was the best she ever had on her programme.

He said: “I’m a bit upset with you Steph actually, I was watching Steph’s Packed Lunch the other day and I heard that the best dish you’ve ever had in your life since you’ve been here is Simon Rimmer cooking you some pork.”

“I mean it was amazing though,” she defended and he added: “Yeah but Steph, 136 episodes you’ve had here, that’s a lot of food OK, and the best dish you’ve had is pork?

“I know next week I’m going to cook you a plate of back bacon and that’s all you’re going to have.”

“It was… I love ham though,” Steph explained, as Freddy hit back: “I’m sure you did, fair enough, thank you.”

“You had the title before Simon,” the presenter continued. “I don’t like you to get complacent.”

“I know that but trust me, I was watching that and I was very upset,” Freddy shared.