Matt Groening, the creator of The Simpsons and Futurama, has revealed the first look at his upcoming series Disenchantment, his first new show in two decades. 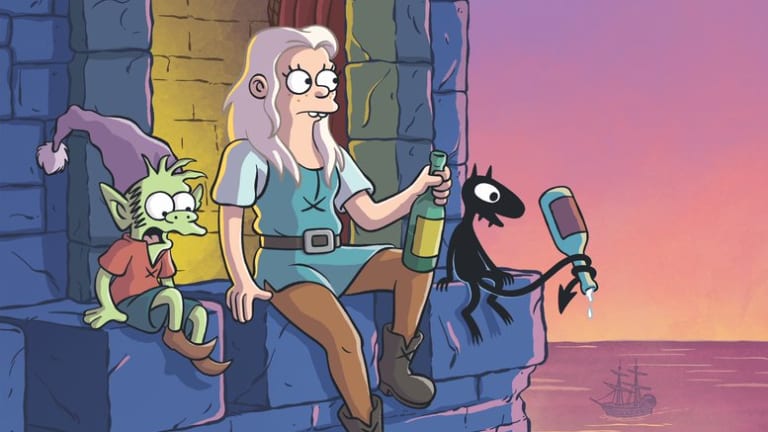 "A princess, an elf and a demon walk into a bar…" Groening wrote, alongside character art from the series.

The adult-aimed series is set in a medieval kingdom called Dreamland, and follows a boozy princess as she battles "ogres, sprites, harpies, imps, walruses and lots of human trolls," an earlier press release detailed. 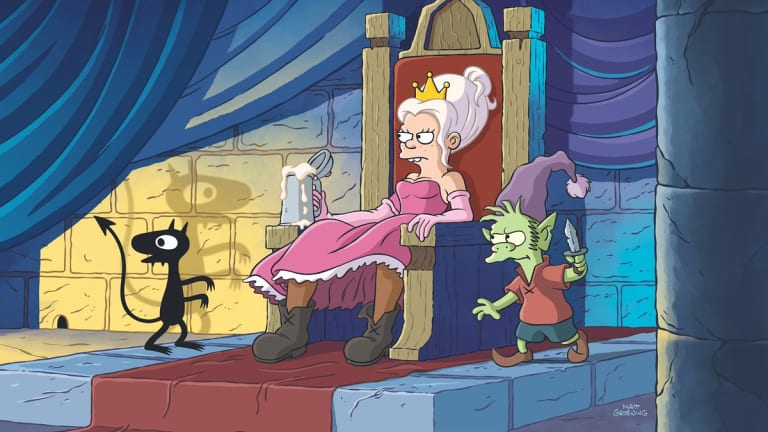 The series premieres on Netflix in August.

Groening has described the show as focusing on "life and death, love and sex, and how to keep laughing in a world full of suffering idiots, despite what the elders and wizards and other jerks tell you."

Aussie rapper and TV comedy star Adam Briggs last year revealed he was part of the writing team on the series, and described the show as a "Lord of the Rings-style fantasy".

The show's writers, including Groening, were widely lambasted last month after they coyly shrugged off the controversy in a new episode.

"I'm proud of what we do on the show," Groening told USA Today following the fallout. "And I think it's a time in our culture where people love to pretend they're offended."