It appeared the music icon wasn’t keen on getting his feet wet after a long lunch with his husband David Furnish, so it seems he asked them for a little lift. 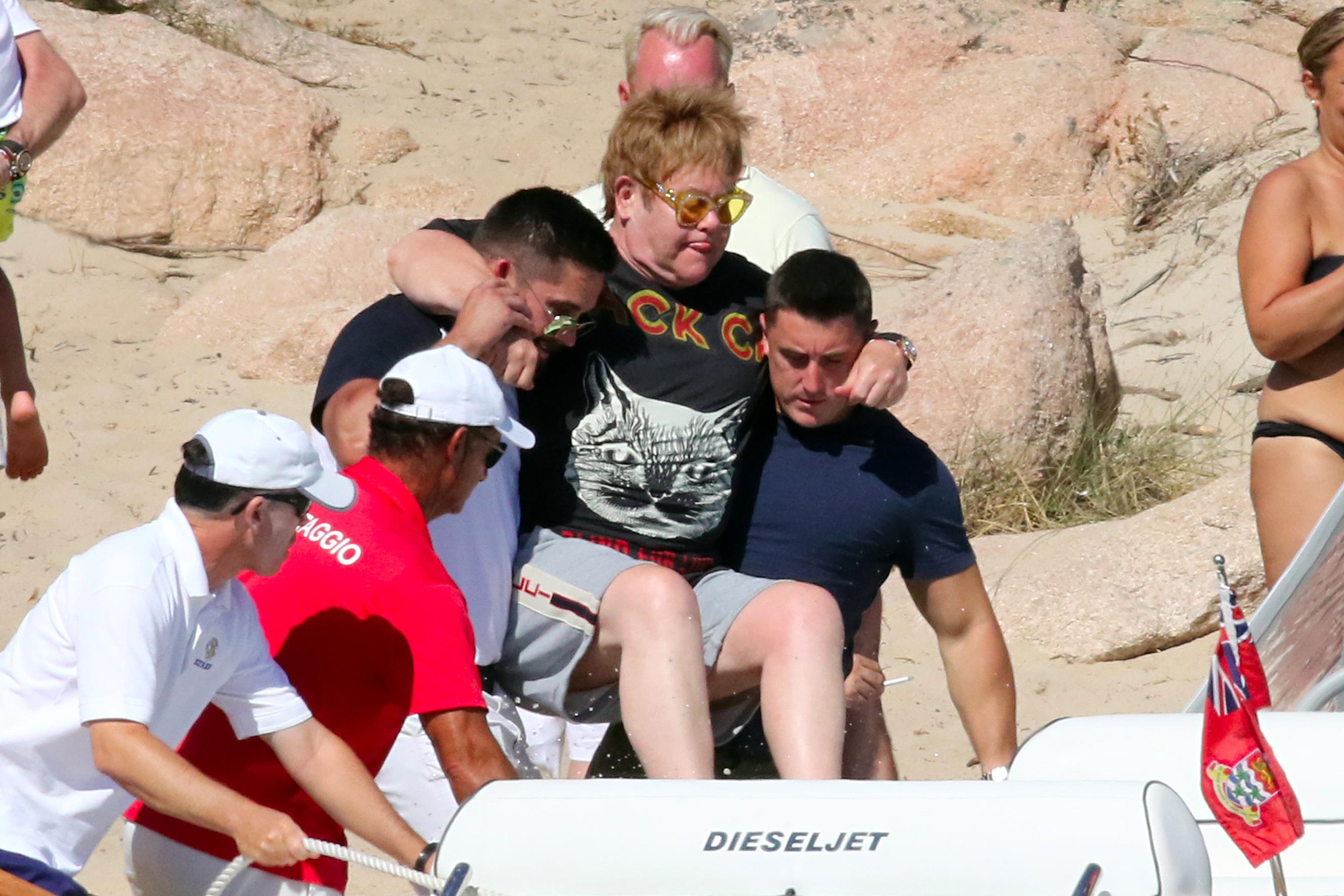 Carrying a multi-award winning musician seemed to be a little daunting for the pair chosen to lift Elton, 71, into the speed boat.

Their faces looked as though they were gripped with concentration as they manoeuvred him from the beach into the boat.

A couple of worried looking helpers rallied around with their arms outstretched, should the unthinkable of happened.

Even Elton looked as though he was concentrating hard – with his tongue poking out slightly as the pair gave him a helping hand. 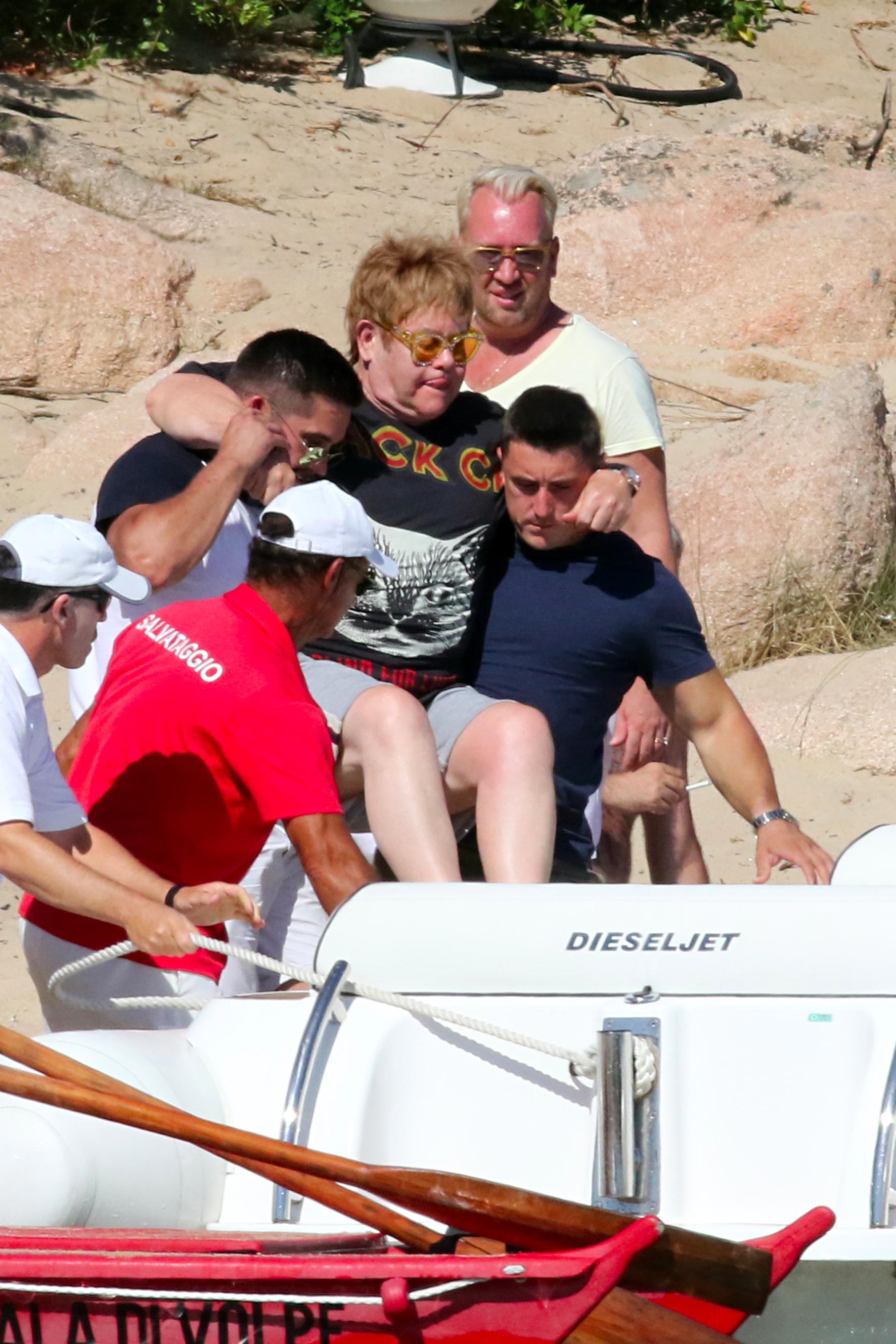 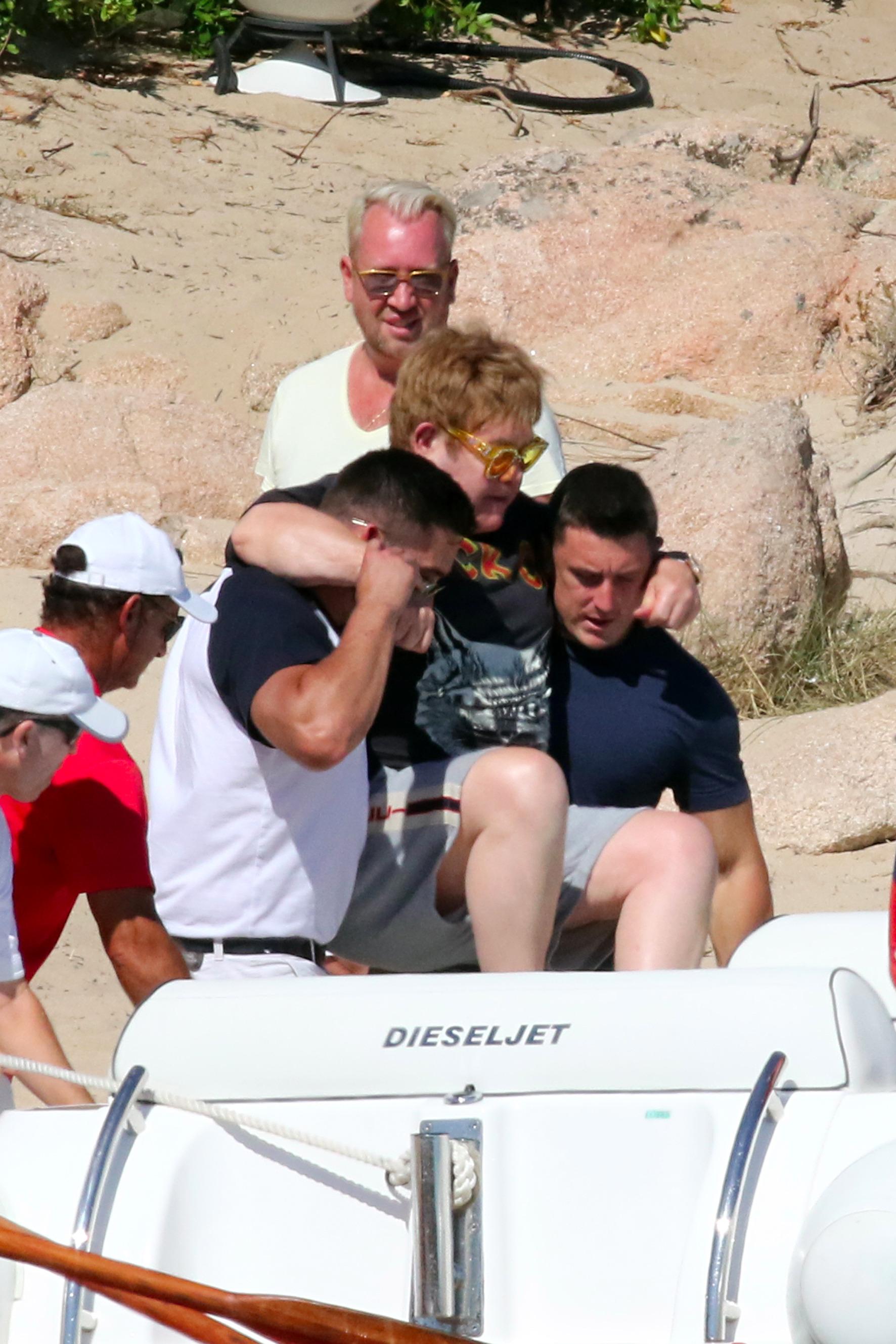 Once on board, Elton looked delighted at managing to stay dry and grinned as he perched next to David.

The pair are currently enjoying a sun-soaked break in Porto Cervo and looked completely relaxed.

It’s been a big few months for Elton, who performed at Prince Harry and Meghan Markle’s wedding earlier this year.

The dad-of-two is heading back on tour later this year and is kicking off in the US, where he will play in Pennsylvania before moving on to New York, Chicago and Ohio to name but a few. 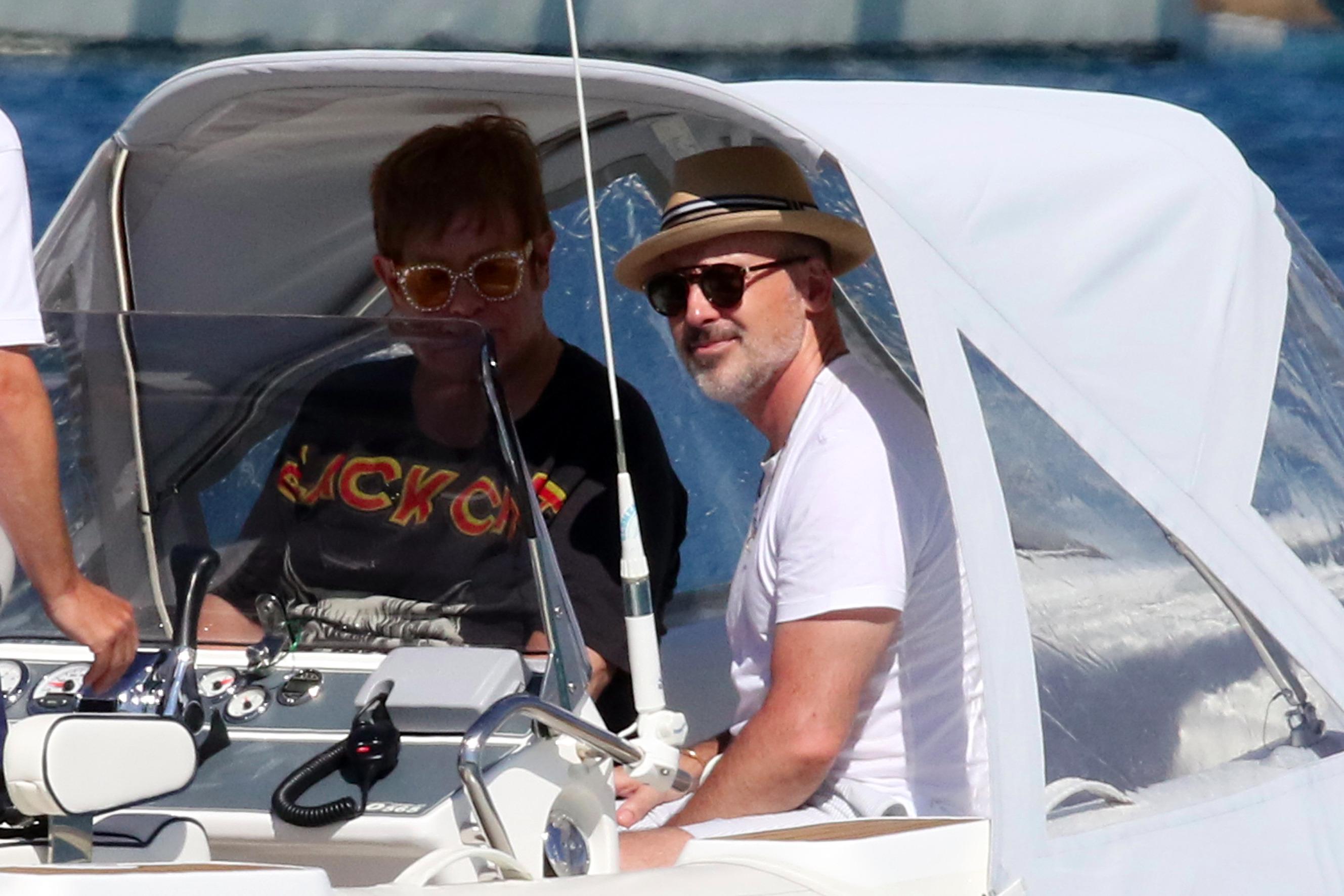 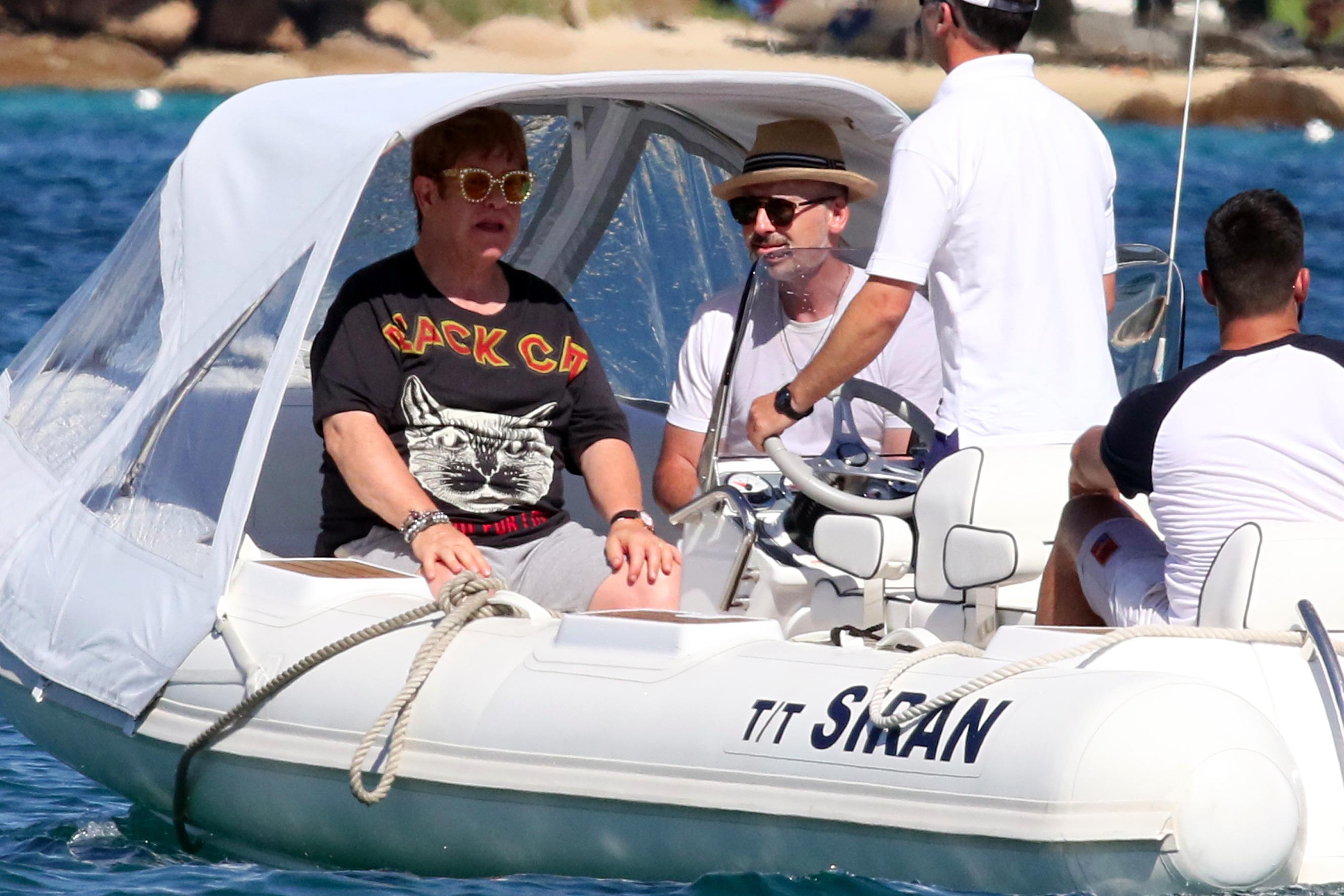 Earlier this month David, 55, revealed Elton had turned down a major gig in the UK, after Simon Cowell tried to get him onto The X Factor.

In an exclusive interview with The Sun, David explained: “There was talk about the possibility of a judging role for Elton.

“But he does 100 shows a year and he doesn’t have time for X Factor judging roles. We’re too busy with Elton’s tour, which is starting in September.”