The little girl was born six weeks ago and is 41-year-old Sarah-Jane's first child with fiancé Ben Richardson. 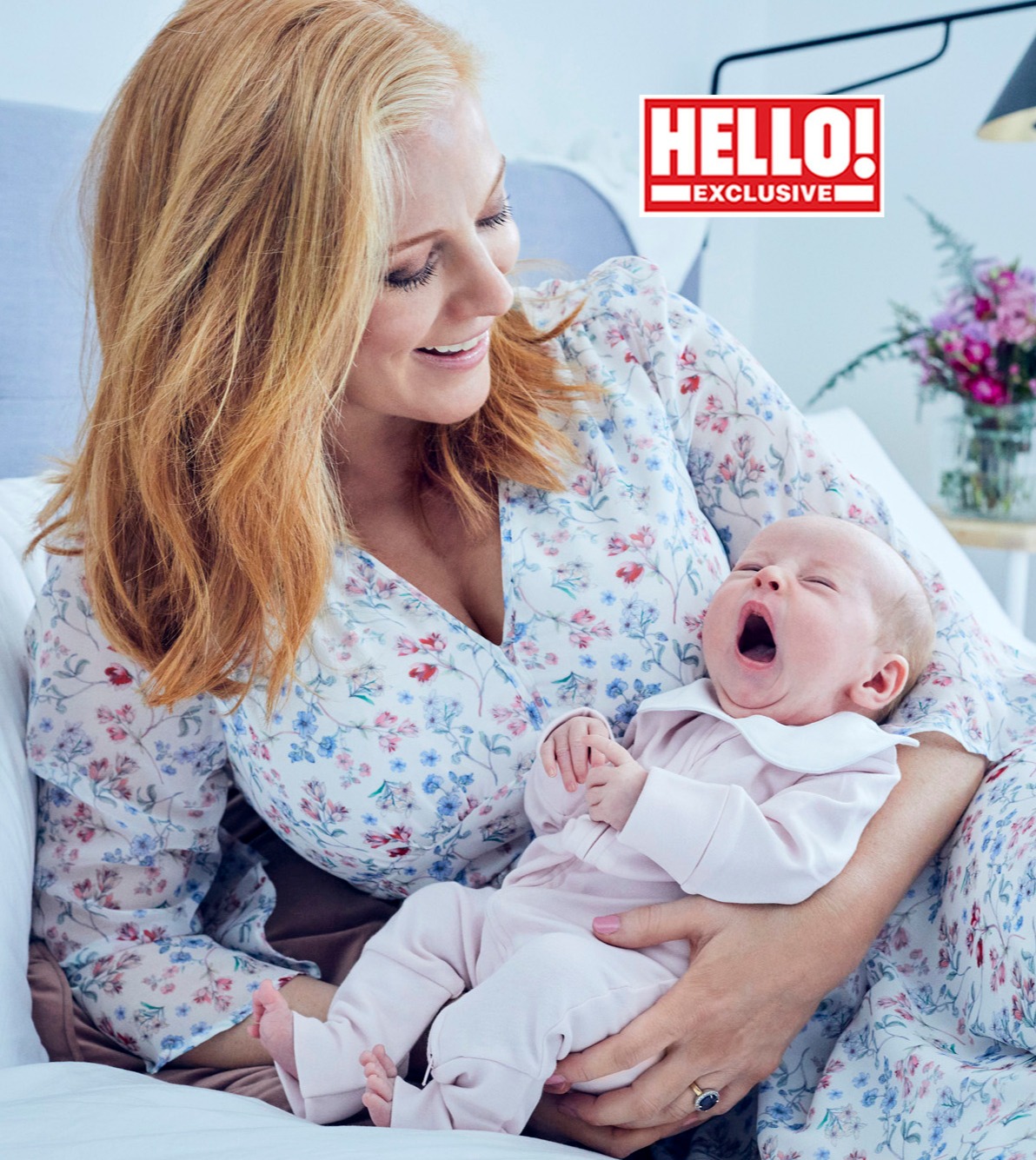 In an interview with Hello! magazine she called the tot her little "ray of sunshine" as she shared the first photo of her baby girl.

She said the couple had "kept hearing about rainbows and rays of hope and we came up with her name from that".

The new mum said: 'The morning after she was born, Ben said to me, 'I think she's a Rae', and I remember looking at her and thinking, 'You're right, she's Rae and she's our little ray of sunshine'."

Sarah-Jane wanted a home birth amid the coronavirus restrictions in hospitals so that Ben could be present. 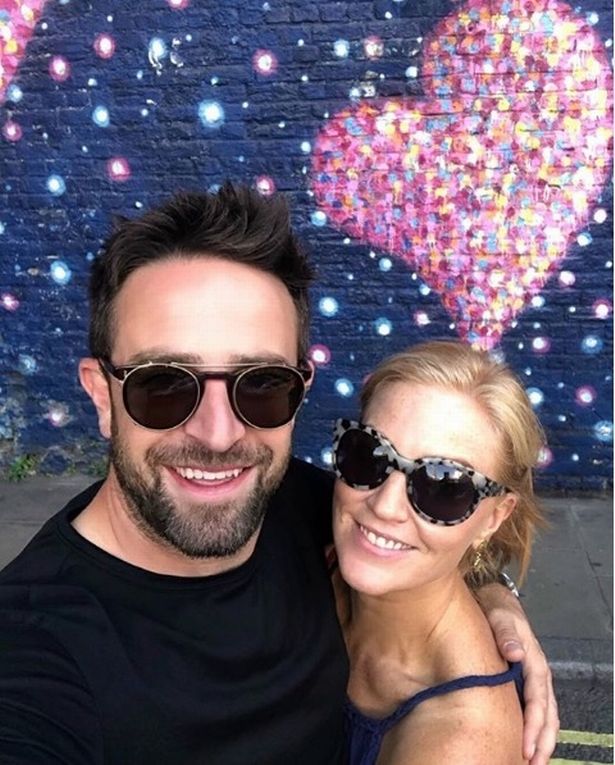 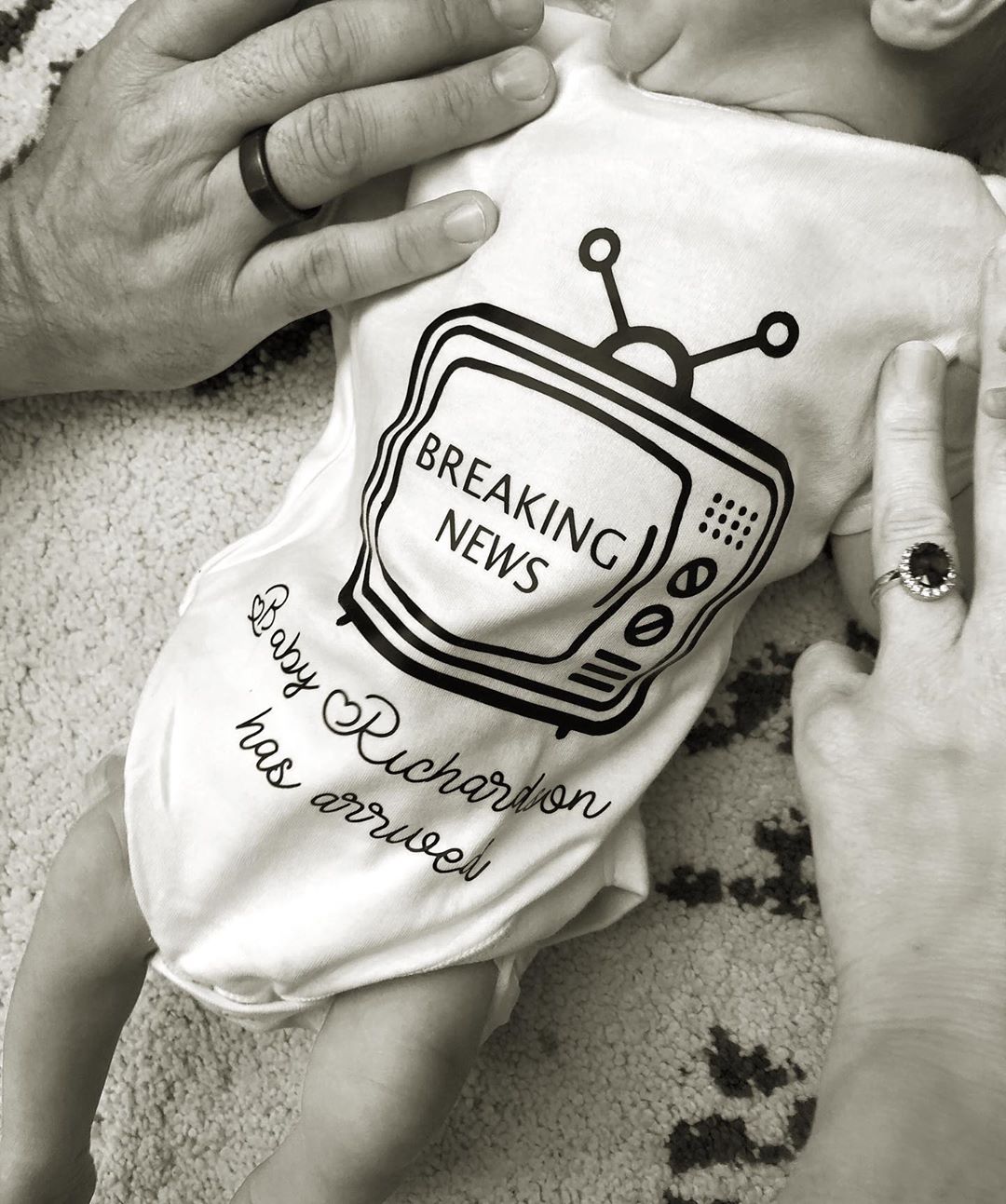 She has my sense of humour…as there is only one sleep thief in this picture! @benray79 & I are so proud to introduce baby Rae. 6 weeks of no sleep but who’s counting ?she is worth every second. @hellomag is out tomorrow for the full interview and shoot . Link in bio. Styling @anniemiallstyling @pop_my_way @maidstomeasure #supportsmallbusiness @barriegmakeup @secretspauk @beakcomms ? @davidvenni

She has my sense of humour…as there is only one sleep thief in this picture! @benray79 & I are so proud to introduce baby Rae.6 weeks of no sleep but who’s counting ?she is worth every second. @hellomag is out tomorrow for the full interview and shoot . Link in bio. Styling @anniemiallstyling @pop_my_way @maidstomeasure #supportsmallbusiness @barriegmakeup @secretspauk @beakcomms? @davidvenni

But she had to go into hospital because of complications and developing pre-eclampsia, with her ending up having a c-section.

She explained: "I went in on a Saturday and went through every stage of labour, but we got to Tuesday night and I was only two centimetres dilated.

"It was really disappointing as my body wasn't ready, but we had to get her out safely so they recommended I have a C-section."

Sarah-Jane told fans on Instagram today that she and Ben hadn't "slept in six weeks, but who's counting?" and she admitted she is grateful that lockdown has meant Ben has been at home to help her. 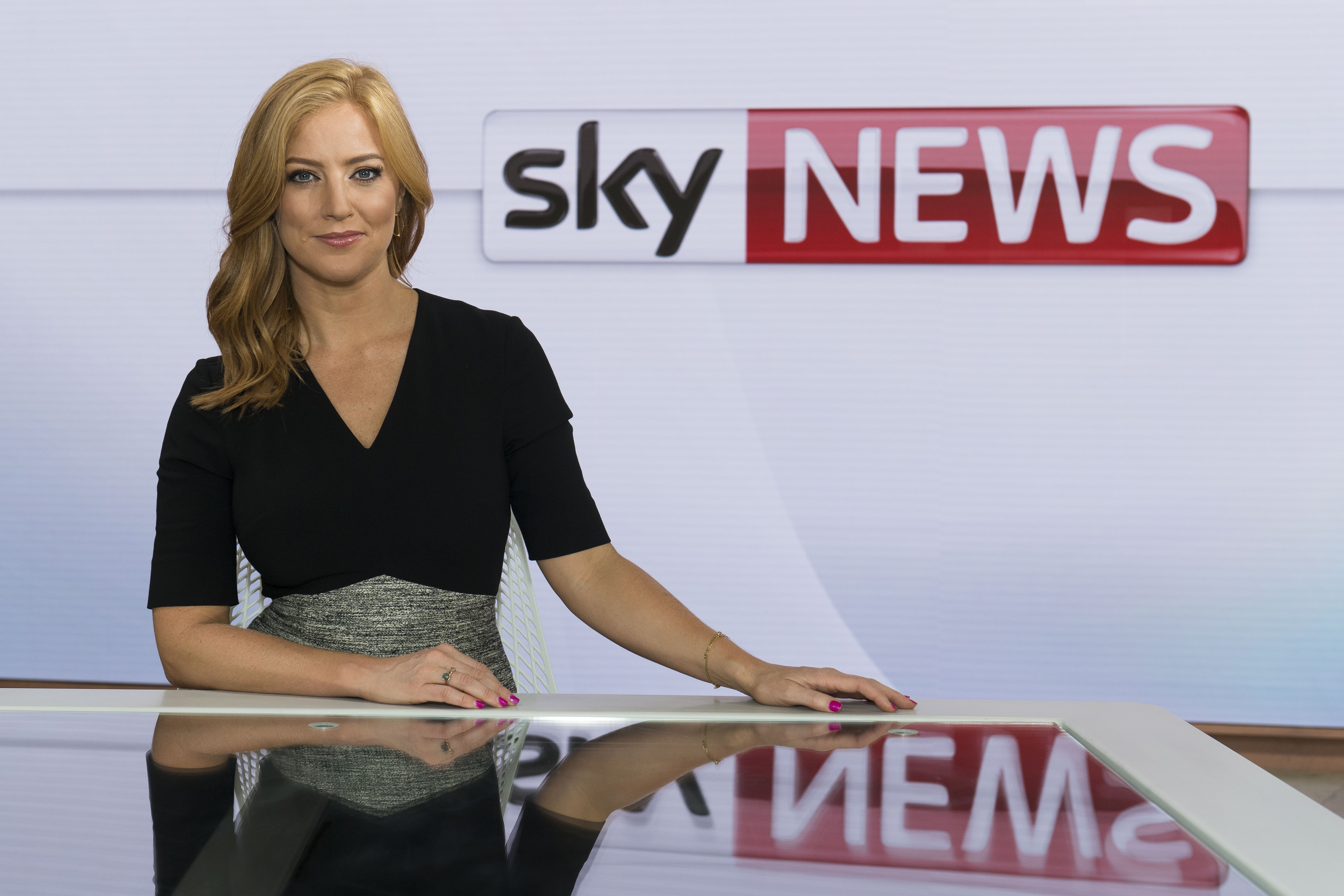 Speaking about their first few weeks as parents, Sarah-Jane added to Hello!: "We're a tag team. At night, I will feed her and then he'll take her from me so I can go back to sleep. He takes it in his stride and has made me feel more confident too."

Sarah-Jane announced the birth on social media, telling fans: "Emerging from a baby bubble to share the #goodnews.

"A little girl came into our world this week and stole our hearts. I couldn’t be more in love.

"Already @benray79 daddy’s girl and a super cute sidekick for big brother Teddy. If you are looking for the good in 2020 it’s moments like this ?❤️."

The snap of Sarah-Jane's daughter sees her in a "breaking news" babygrow picked out by her Sky News colleagues. 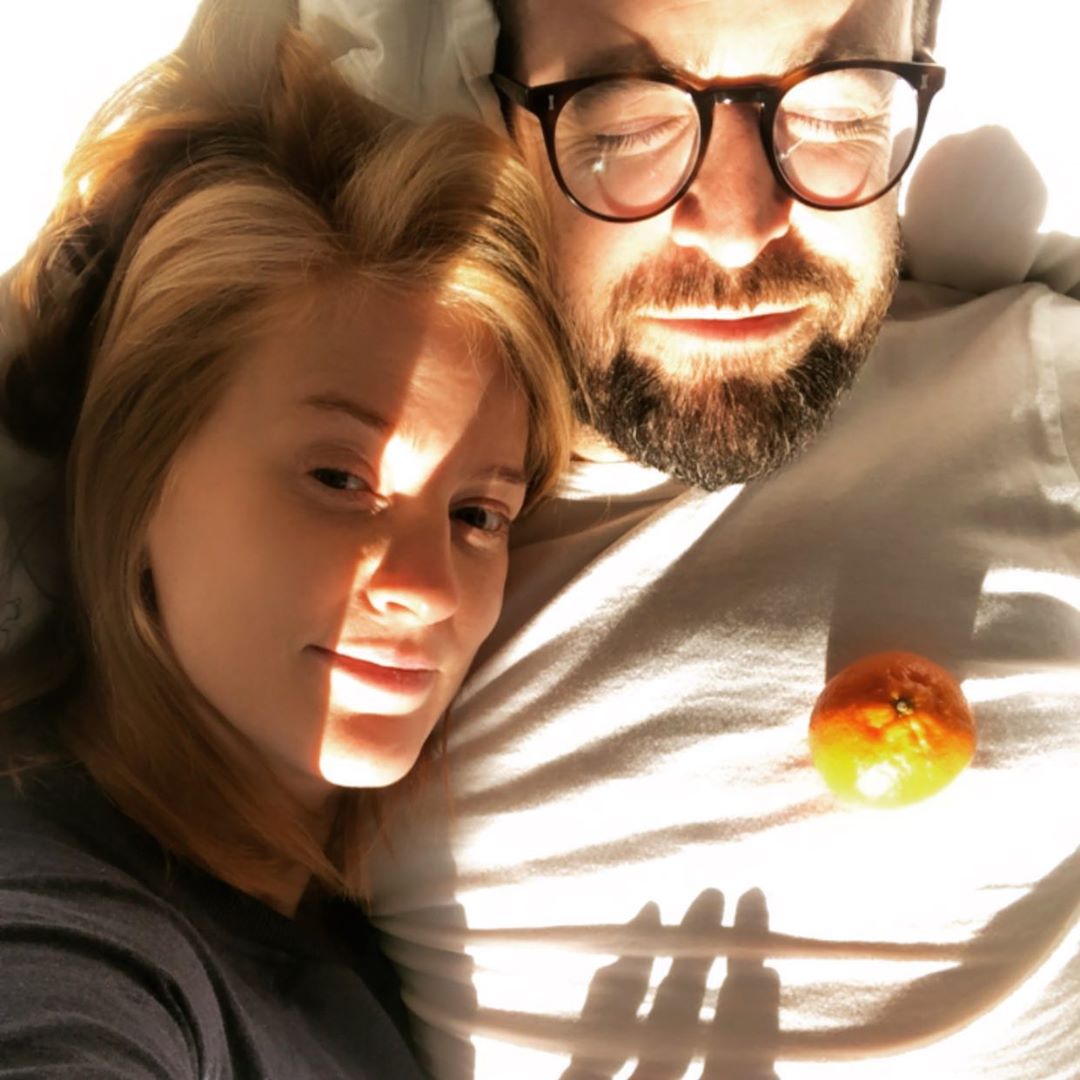 She and Ben had been together for 16 months before announcing the pregnancy in January.

The TV star previously said she did not want children until she met Ben and had a change of heart.

Sarah-Jane anchored Sunrise for three years after taking over from Eamonn Holmes.

She now presents her own self-titled show on Sky News.

Sarah-Jane's candid interview is out now in Hello! magazine. 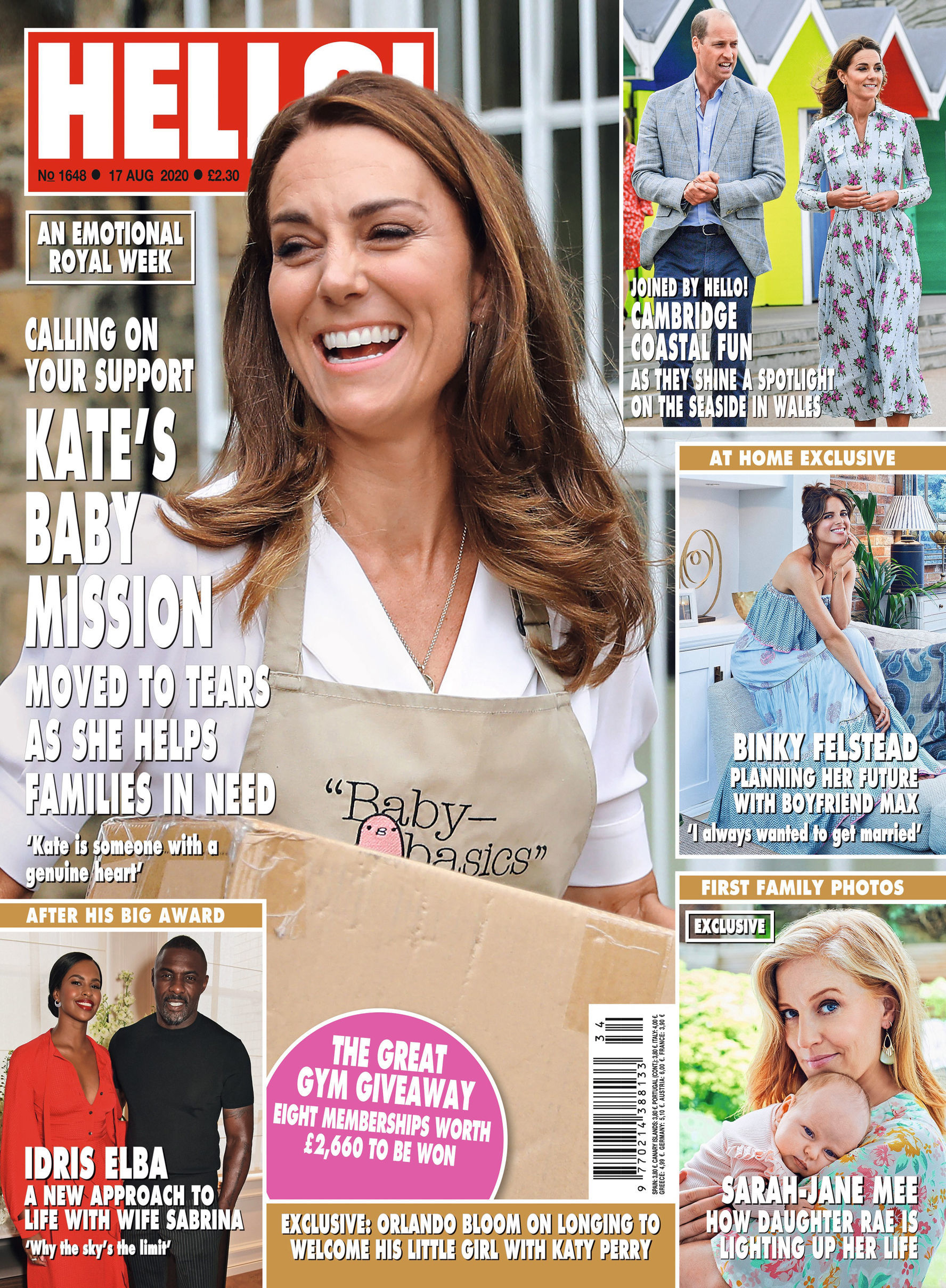