Spiking terror for Amy in Corrie as she is attacked 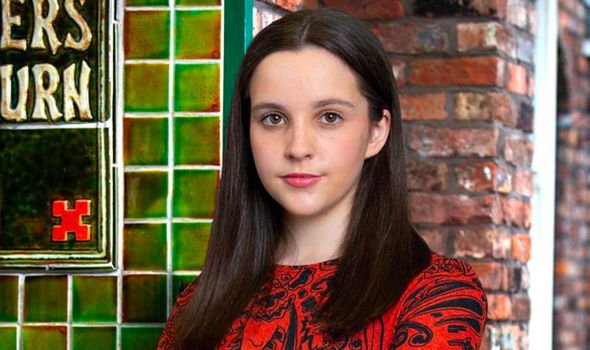 Amy Barlow will find herself the victim of a horror drink spiking in upcoming Coronation Street scenes.

The teen, portrayed by Elle Mulvaney, will subsequently end up in hospital.

Tracy Barlow (Kate Ford) and Steve McDonald (Simon Gregson) are worried sick when they find out what happened.

Thinking that their daughter suffered a drug overdose, the duo struggle to believe that Amy has been spiked.

‘Amy ends up in a bad way in hospital and Steve and Tracy fear the worst,’ a source told The Sun, discussing the upcoming storyline.

‘It soon becomes clear that she’s been the victim of spiking but Steve and Tracy don’t accept it.’

Tracy and Steve come to believe that Jacob Hay (Jack James Ryan) had a role to play in what happened.

Jacob, as viewers know, returned to the street last week, coming face-to-face with Amy outside the hospital, as he apologised for the terror he caused as part of the drugs gang, operated by Harvey Gaskell (Will Mellor).

He swore that he had turned over a new leaf and left the world of drug-dealing behind, but Amy refused to believe him.

Amy and Jacob, however, will end up in a relationship later down the line.

‘You do not want to get in the way of Steve and his girls and not Tracy full stop,’ actor Jack James Ryan told Metro.co.uk, discussing Jacob’s relationship with Amy.

‘He will have his work cut out, definitely!’

Show boss Iain MacLeod added: ‘How will Tracy and Steve react to the worst possible boyfriend – they try with failure to strategise this, cut her off financially, reverse psychology.

‘All of these things just make things worse and worse, to comedy effects.’

Metro.co.uk has reached out to Coronation Street for comment.