Spoilers: Abi returns with a dark secret in Corrie 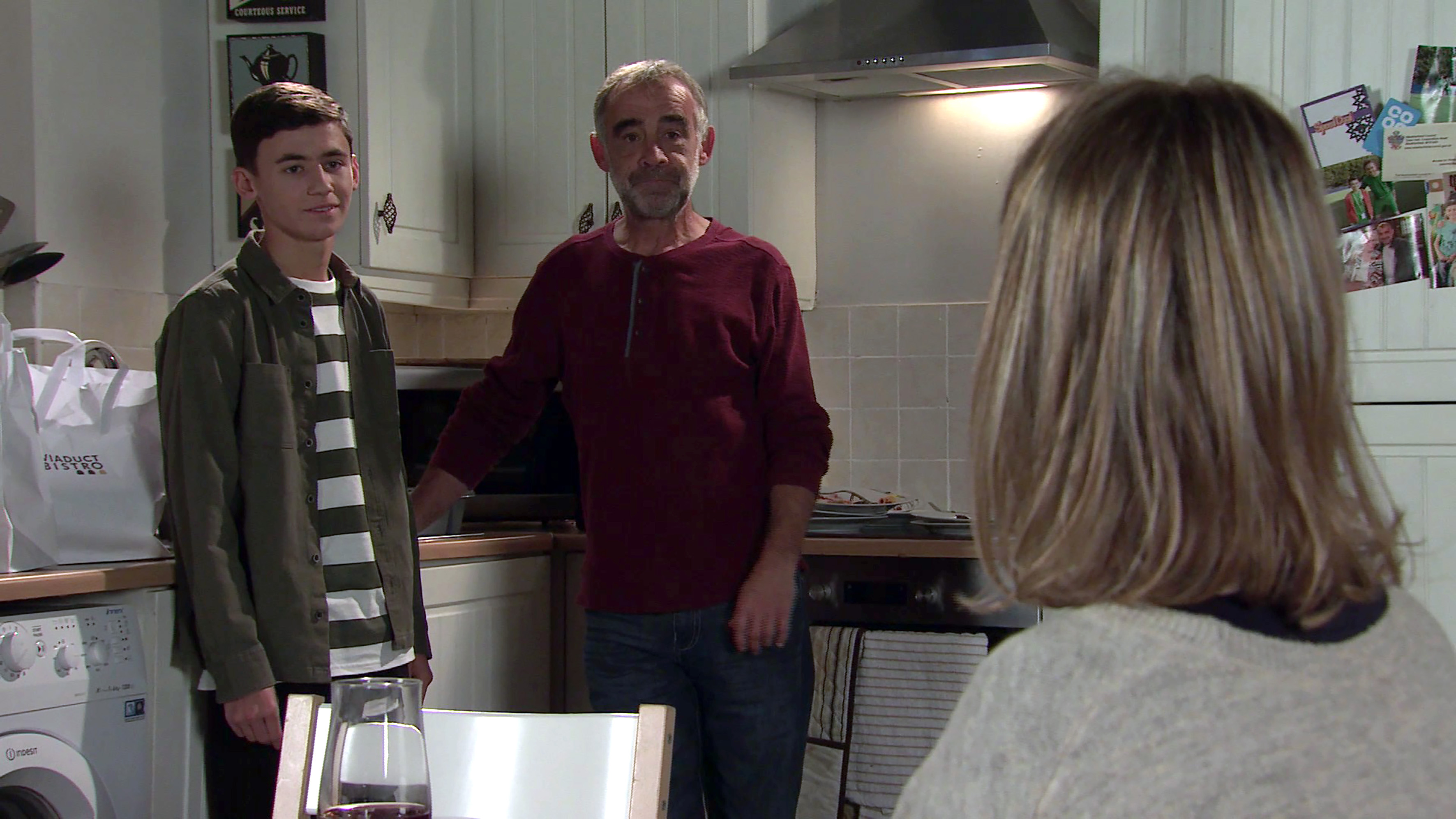 Abi Franklin (Sally Carman) has disappeared from Coronation Street but soon, in upcoming episodes, she returns.

The troubled, grieving mother has spiralled and left Weatherfield after telling Kevin (Michael Le Vell) she never loved him.

Knowing the truth and of course, caring for Abi, Kevin has spent weeks searching for his partner.

Coming up, Kevin stirs from a night on the sofa to find Abi standing in the living room, leaving him stunned.

Abi apologises profusely for worrying Kevin and promises the £2000 she helped herself to was for food and accommodation, not drugs.

But is she being entirely honest?

Later, Abi is blown away by Jack and Kevin’s welcome home efforts, but Jack is upset, and Debbie (Sue Devaney) is furious when she tells them she can’t promise she’ll stay around.

Abi is definitely hiding something, but what is it?

Recent pictures have revealed a showdown is in store for Corey (Maximus Evans) and Abi…could these scenes see the start of a revenge plan?