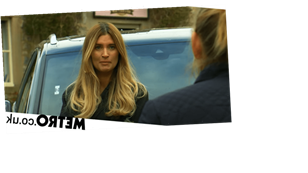 Debbie Dingle (Charley Webb) was last seen in Emmerdale in 2019, leaving the village to start a new life in Scotland. Debbie’s life in the village has been full of ups and downs, and when she returns, it appears she’s thrown right into the middle of another dramatic storyline.

There has been speculation for a while on who Al Chapman’s (Michael Wildman) mystery woman could be, but it was revealed Debbie is one of the many women Al has been seeing. This huge secret will eventually lead to the dramatic moment when they all find out what Al has been doing, but will revenge remind the village that Debbie Dingle isn’t someone to be messed with? Metro.co.uk caught up with Charley Webb where she explained her thoughts:

‘I think so, yes. It’s quite little in terms of how many people know about it straight away because obviously she is the kind character that will do something quietly for a little bit so it all starts off quite small but the ripple effect ends up everyone knows about it.’

When it comes to Debbie’s past relationships, they haven’t exactly worked out well! So when it comes to Al, does she even pick up on him acting differently? Charley told us what Debbie’s thinking at the time:

‘Not initially, I think because he’s a businessman and he’s always on the phone, she doesn’t really notice much. But when it comes out, she starts seeing the signs and she goes oh actually no, it’s all adding up. But Al is coming into her house whilst she’s in the village, secretly, obviously when Sarah is not there, but it comes out quite quickly so there’s not that long for her to notice anything.’

Charley continued, disclosing what’s next for Al when Debbie eventually finds out what Al’s been up to:

‘Obviously Debbie is the kind of character that you don’t want to mess with her because she does go all out if somebody really does her over, she doesn’t let things lie. I think her and Priya together will become a bit of a force. Obviously Priya’s a lot softer than Debbie but when somebody treats you the way Al has treated her, it might just be a different side to Priya that we might see.’

It would be surprising if Priya (Fiona Wade) and Debbie started a friendship, but as Charley said, there may be a chance the two of them will become friends in the future:

‘I mean they’re very, very, different and I think in terms of what Priya brings to the table for Debbie, they don’t really gel as characters because they are so different. Priya’s a lot ditzier, I think Debbie would get frustrated with that, long term, so I don’t know if they would end up being really good friends.’

‘I do think that after this situation, should something maybe happen to Priya in the future, Debbie might be somebody that she can rely on because she does become quite fond of her and she does care about the fact Al has also ruined Priya’s life, I think she feels more for Priya than what she does for herself for a lot of it, because obviously they were supposed to be getting married. Maybe in the future there might be something else that brings them together.’

She’s been away for quite some time, so Debbie’s return will no doubt make quite the impact on so many people in the village!