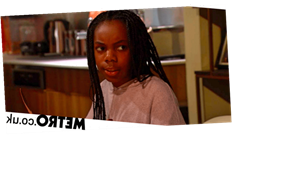 Karen Taylor (Lorraine Stanley) dropped off Mia and Mackenzie at No. 1, and informed Gray Atkins (Toby-Alexander Smith) that Mitch (Roger Griffiths) was picking up Bailey.

The launderette worker revealed that Mitch was ‘chuffed’ to be getting his daughter back.

Later in the episode, Bailey was seen sitting at the dinner table with Karen, Mack, Mia and Gray.

The episode in question was filmed before the Covid-19 pandemic, but was aired much later than planned, as all pre-lockdown instalments were rationed out in an effort to keep the BBC One soap on air after production was halted.

The soap eventually went off the air on June 16, 2019, but production soon resumed, and new episodes began broadcasting on September 7.

Now that Bailey is back in the Square, what does the future hold for her?