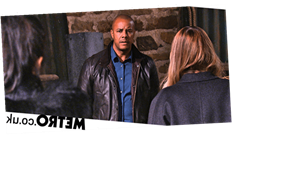 When Debbie Dingle (Charley Webb) was revealed as Al Chapman’s (Michael Wildman) mystery woman in Emmerdale, we all knew the inevitable moment Debbie discovers Al is also with Priya Kotecha (Fiona Wade) will be a huge.

No-one messes with Debbie and Priya, and in upcoming weeks, it seems they are ready to make this perfectly clear to Al as they put their devastating revenge plan into place.

Priya discreetly finishes a series of bank transfers, while fighting the urge to unleash her anger on an unsuspecting Al.

Later that day, Debbie surprises Al by suggesting they get married. He agrees, only to realise it was a trap when Priya steps out of her hiding place to confront him.

Priya has had a number of bad relationships over the years, and Fiona Wade recently revealed that Priya is prepared to surprisingly go one step further to make it clear to Al how much he’s hurt her:

‘You’d think it would be Debbie as she is a stronger character and the Dingles aren’t afraid of getting revenge, but actually its both of them and Priya really wants to go that step further. She comes up with a bigger plan to really ruin him, which is quite surprising you see a completely different side to her. Priya is strong, she’s never been weak but in terms of things like this she’s never done anything like this before, she’s had it and Debbie is impressed with her idea.

There are moments Debbie has to shake Priya and keep her on track to go through with it. It’s definitely not one way it’s the both of them. Priya and Al have had a long history, she is much more involved so is going to have her moments of regressing a little bit, but she is very certain of what she needs to do.’

Debbie and Priya’s revenge looks set to be brutal, but how bad will it impact Al?