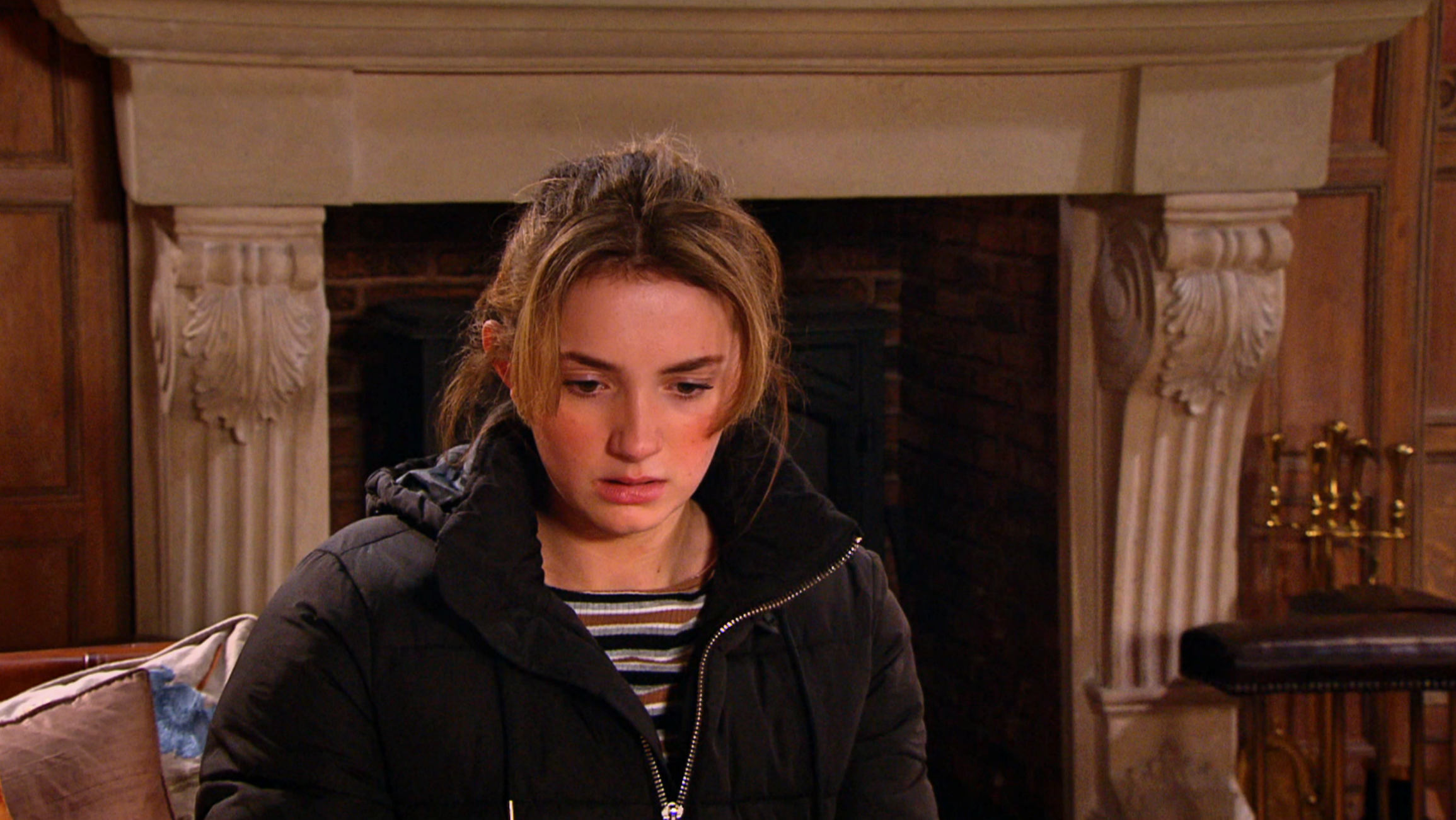 Gabby Thomas (Rosie Bentham) has pulled the trigger on a shotgun in tonight’s Emmerdale and has definitely knocked someone down – but who are they and are they alive?

So far this week, Gabby has convinced herself Jamie Tate will return to steal baby Thomas from her.

She’s been left on her own at Home Farm, something she often isn’t comfortable with as the estate is so large.

With knowledge someone had been sneaking around the house, Gabby’s paranoia led her into the woods tonight, all while holding a shotgun.

Determined to protect her son, Gabby called out to Jamie, warning him that he isn’t capable of going up against her.

As Gabby lifted the gun up, she pulled the trigger, but the sheer force from a huge weapon knocked her straight to the floor.

Gabby came round with an injury on her face, unsure whether the bullet had actually hit anyone.

In the distance, to her horror, Gabby spotted a body on the floor.

Dropping the gun and running off, Gabby believes she has shot Jamie – but is it really him?

And if it isn’t Jamie, who has Gabby shot?