Star Wars episode IX The Rise of Skywalker is set to explode into cinemas December 20, and will mark the end of an iconic scifi franchise. The final episode in the Skywalker story also sees Carrie Fisher’s final appearance in the legendary movie series as the beloved Princess Leia. When the final poster was released earlier this week, fans were overjoyed by the epic nature of it – showcasing a determined Jedi Rey (played by Daisy Ridley) and most of the other characters, and even shows the return of fan-favourite Lando, who was last seen in episode VI. But it was quickly replaced by puzzlement, as Fisher was nowhere to be seen.

The startling image left many confused as to why in her final appearance in the films Fisher – being one of the original core stars who died in December 2016 – wasn’t placed on the poster.

Unless, she doesn’t actually have any new scenes in the film at all.

While fans are assuming JJ Abrams and the crew have worked their magic on some of Fisher’s unused footage to slot her in for a final storyline, it doesn’t make sense that she doesn’t feature on the new image.

Leia is shown in the latest trailer sharing a hug with Rey, but perhaps it’s actually in a flashback, and when the film begins, Leia is already dead and her story is told in the past tense.

The trailer was released on Carrie Fisher’s birthday, and the production chose to give the actress the coveted spot of top billing on the new poster, so her absence in the image is confusing, to say the least.

And fans were not happy.

READ MORE: Star Wara 9 run time: How long is The Rise of Skywalker? 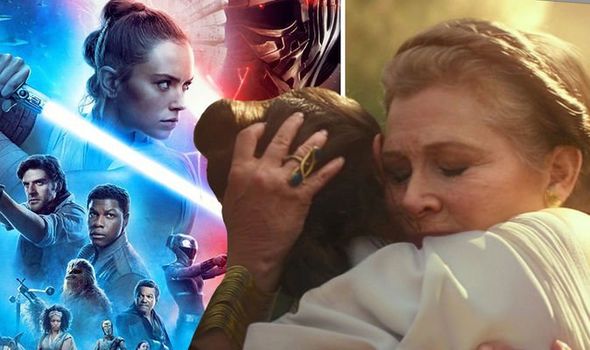 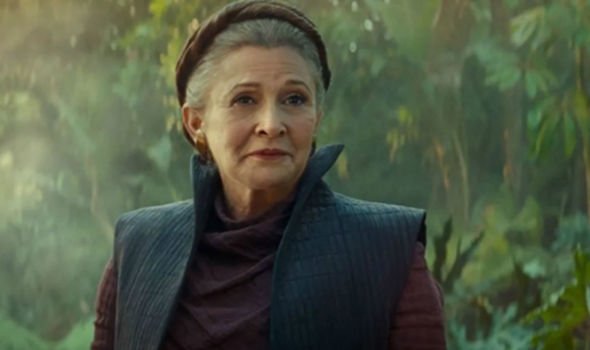 Flocking to the comments, diehard Star Wars enthusiasts shared their frustrations with the decision, desperate to understand why.

“Me looking for Carrie Fisher,” one glum fan posted next to a GiF.

“Where’s Leia? Why is she not on the poster?” a third demanded.

While a fourth simply declared: “LEIA IS MISSING,” followed by: “WHERE’S LEIA.”

“One question: Where’s the Princess?” a sixth added. 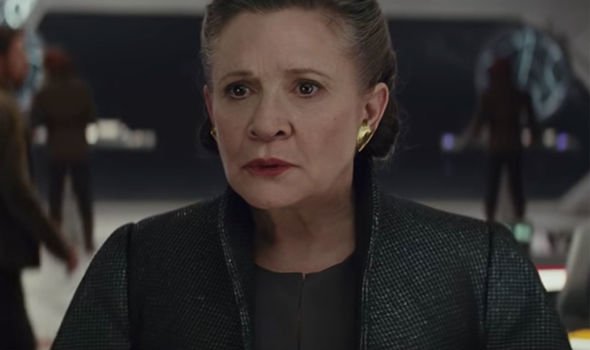 One fan came up with a pivotal theory that could also explain Leia and Rey’s mysterious and poignant hug in the trailer.

“Maybe Leia is Rey’s mom (she could have had been impregnated by the force by Darth Sidious),” they suggested. “It would make the most sense to me why she is battling the light and dark.

“And why Kylo and her have such a strong bond and [also] explain the title of the film.

“I feel it would also explain why she was on Jakku. Leia had to hide her as she was afraid they would kill her and it explains why Rey is so skilled at everything,” the astute viewer added.

Star Wars 9 The Rise of Skywalker is released December 20.