STAR WARS' actor Andrew Jack has died at the age of 76 from COVID-19 complications.

His rep, Jill McCullough, told TMZ that he passed away Tuesday morning at a hospital outside of London.

TMZ reported that he passed as a result of complications he developed after testing positive for the coronavirus.

Reportedly, his wife couldn't be at his side at the time of his passing because she is currently quarantined in Australia.

The actor and dialect coach was working as a dialect coach on the new Batman film starring Robert Pattison, where filming was shut down a couple of weeks ago. 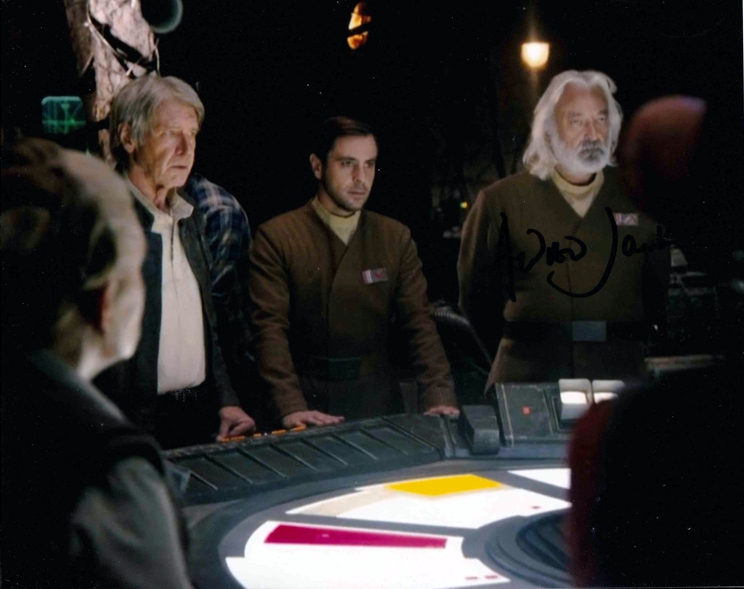 Some of his most notable roles include Major Caluan Ematt in Star Wars: The Force Awakens and Star Wars: The Last Jedi, and the voice of Moloch in Solo: A Star Wars Story.

He was also a dialect coach during the earlier installments of the popular saga.

The London native was also a coach for Avengers: Endgame, Sherlock Holmes, Alien vs. Predator, Lord of the Rings, Captain America, and Men In Black.

He mainly helped the actors lend any alien languages that the movie required them to speak.

Many fans and fellow actors took to social media to express their condolences over his loss.

Actor Kiran Shah tweeted: "So sad to hear Andrew Jack voice coach on #LOTR and #StarWars and many more films passed away #RIP.

"A good friend. Will miss him."

Fellow voice actor Mel Churcher paid tribute to his friend and wrote: "I am heartbroken to hear dear friend and colleague Andrew Jack has been taken from us by this terrible virus.

"All thoughts with his family and friends."