‘Star Wars’: How ‘The Mandalorian’ Set the Template for Upcoming Disney+ Shows

Most Star Wars fans agree The Mandalorian arrived at the perfect time. The Skywalker saga was nearing a (mostly disappointing) close. And the franchise needed a new direction. The adventures of bounty hunter Din Djarin (Pedro Pascal) and “Baby Yoda” have hit the spot. Let’s look at how The Mandalorian‘s success could affect the future of Star Wars shows. 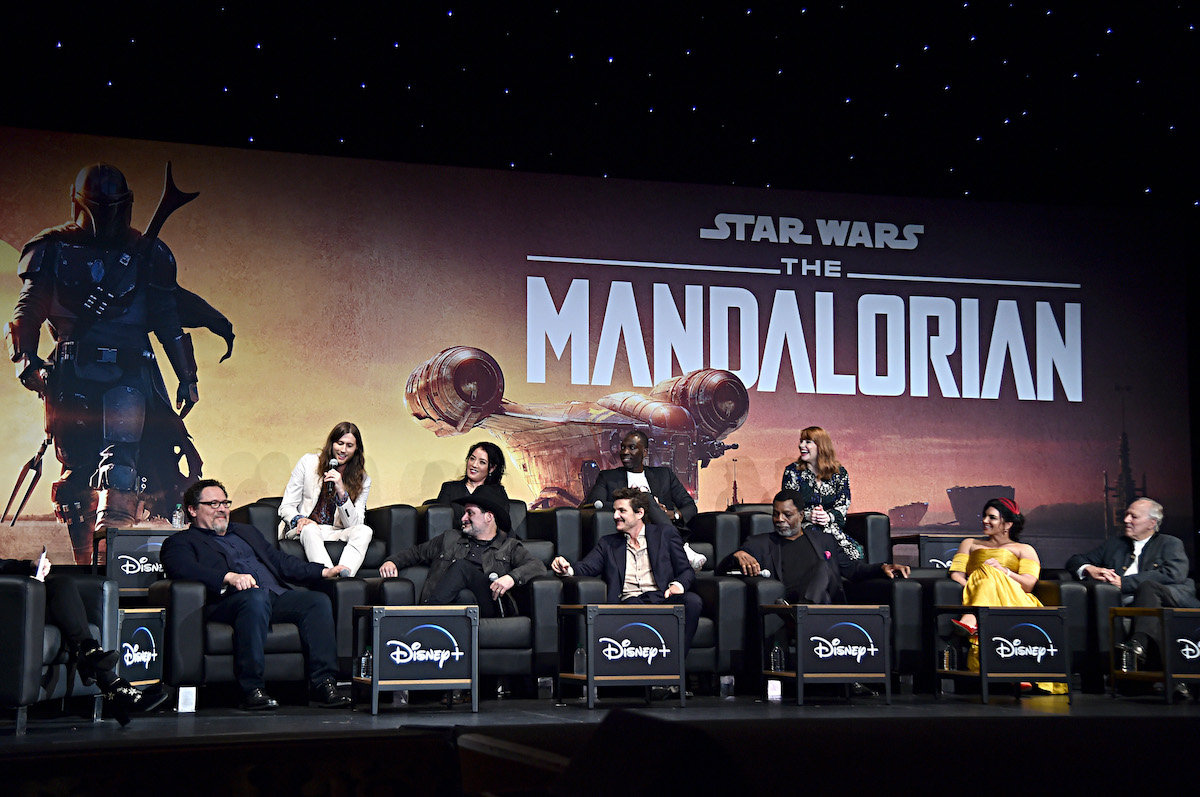 ‘The Mandalorian’ introduces new characters into the saga

Series creator Jon Favreau knew it would be a challenge to take Star Wars to the small screen. Although the franchise had already done animated TV, The Mandalorian marked the first live-action series set in the “galaxy far, far away.” And with George Lucas no longer involved and fans divided over the sequel trilogy, the show needed to recapture audience goodwill.

The solution was to find a new angle into the world fans already know. Unlike upcoming shows focused on Obi-Wan Kenobi (Ewan McGregor) and Cassian Andor (Diego Luna), The Mandalorian centers on a brand-new character. Sure, the show could have simply focused on Boba Fett, as some fans expected. But this fresher approach presents a whole new perspective.

Had The Mandalorian simply aimed to build on a character from the films, it would have been burdened by what’s come before. Instead, the show took a time period the movies skipped over — between the original and sequel trilogies — and thrust a new character into it. The upcoming Star Wars show from Russian Doll creator Leslye Headland sounds like it will follow suit.

“[My show is] in a pocket of the universe and a pocket of the timeline that we don’t know much about,” Headland recently told YouTuber Fantastic Frankie. “For me, it’s less about going through the Star Wars universe cinematically or artistically. I’m actually kind of combing through it geographically and go on a literal journey.”

Although Headland didn’t share details, her series will reportedly focus on a female protagonist. No release date or casting announcements have arrived yet either. However, Headland — who will serve as both showrunner and writer — does seem intent on applying The Mandalorian approach. The big question is which time period she will choose to explore.

Will all the Disney+ ‘Star Wars’ series be interconnected somehow?

Thus far, the Disney+ Star Wars shows focus on filling in narrative gaps left by the movies. While The Mandalorian is set after the original trilogy, the Obi-Wan and Cassian shows take place between the prequels and the original films. Since Headland mentioned an affinity for The Thrawn Trilogy of novels, maybe she’s aiming for a post-original trilogy setting.

In any case, Lucasfilm is going to great lengths to build out the Star Wars saga. Between its Disney+ series and upcoming movies — including one directed by Taika Waititi — the franchise has a lot in store for fans. The Mandalorian Season 2 is taking steps towards tying the movies and shows together, a trend that will likely continue with upcoming projects too.