Star Wars: A New Hope is famous for sparking controversy with two different versions of a pivotal Han Solo (played by Harrison Ford) scene and now they’ve added fuel to the fire with what looks to be a brand new (third) one. Originally, the film showed Han and bounty hunter Greedo (Larry Ward) facing off in the Mos Eisley Cantina, the former shooting the latter when he tries to extort him.

Due to the way the cold blooded move affected the portrayal of Han’s character, later releases were re-cut by George Lucas so Greedo shot first, Han dodging the bullet before firing back, painting him as more of a good guy thanks to self-defence.

However, after Disney+ launched in the US, Canada and the Netherlands yesterday, it didn’t take long for fans to spot something amiss in the version of Star Wars: A New Hope on the streaming service.

It seems that, once again, the hotly-debated scene has been altered.

The clip now sees the pair shooting each other at exactly the same time, but not before Greedo makes a gobbledygook declaration. 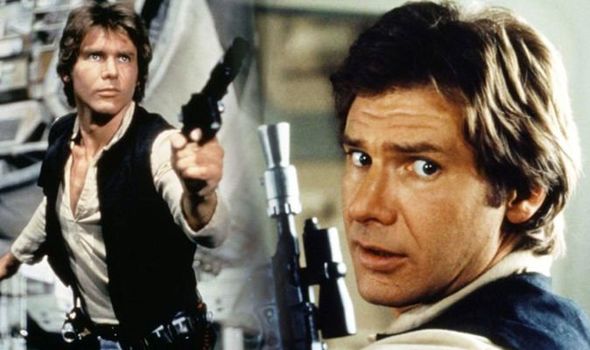 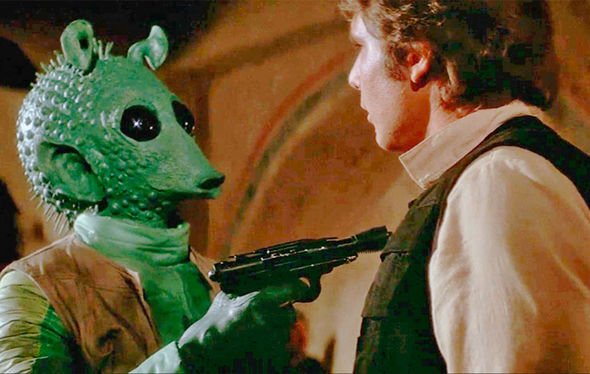 At 50 minutes and 52 seconds, viewers can see Greedo exclaim “Maclunkey!” before he and Han fire simultaneously.

The alien term has since gone viral, with Star Wars fans using to comic effect on Twitter in their droves.

According to Cracked.com Lucasfilm employee Pablo Hidalgo clarified who exactly had made the change on social media, saying George Lucas himself created this version years ago in anticipation of a planned re-release of the original film.

Because the remastered release never surfaced, fans haven’t seen it until now. 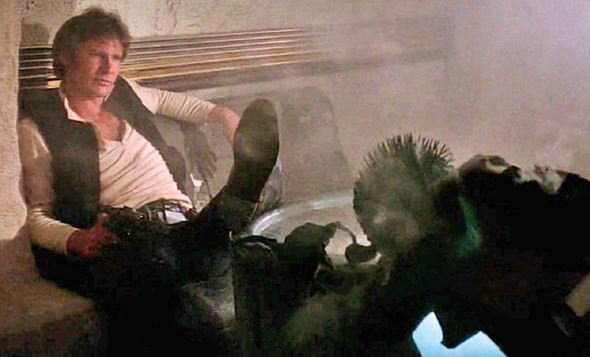 Variety said Lucasfilm confirmed the change was made by Lucas at least seven years ago.

Reactions have flooded Twitter following the launch of Disney+, with one fan tweeting: “In the Disney_ version of Star Wars Greedo now shouts ‘MACLUNKEY’ before getting shot. This is now my favourite version because why the hell not? MACLUNKEY!”

“If #maclunkey doesn’t trend today did @disneyplus even launch?” another quipped, while a third added: “When I was four I asked my dad why Han shot first. He said that good men are not good all the time and bad men are not bad all the time.

“Then he drew me the Yin-Yang and showed me the element of the one in the other. Then he said, in formal Mandarin (I’ll never forget): MACLUNKEY.”

Star Wars 9: ‘NO MORE films for a while after Rise of Skywalker’ [INTERVIEW]

Star Wars movies: Is THIS who will direct new trilogy after exit? [ODDS]

Others were preoccupied with the age-old debate surrounding the Han vs Greedo scene, one sharing a still of Han and writing: “George can tinker with the scene forever as far as I’m concerned, but the simple fact remains, this motherf***** shot first. #Maclunkey #HanShotFirst.”

Elsewhere, the Disney+ launch heralds great news for Star Wars fans with the revelation all the movies will be available to stream on the service.

According to Business Insider, every Star Wars film to date will be on the platform, remastered in 4K with Dolby Vision and Atmos support, Engadget reported.

The remastered versions mark the first time the original and prequel trilogies have been released in 4K.

Set in the wake of the events of Return of the Jedi, the show follows a bounty hunter (Pedro Pascal) in the outer reaches of the galaxy.

While Star Wars fans in the US, Canada and Netherlands have access to the abundance of films (and now series), UK viewers will have to wait until next year.