Saturday Morning: Brian Turner says he is 'starting to worry'

The two chefs, who both grew up in the northern county, were chatting on ITV’s James Martin’s Saturday Morning when the subject came up. But Brian confessed to the fellow chef he hadn’t been back to Yorkshire in years, and that he was concerned by it.

Describing a lamb dish he’d been cooking for the show, Brian told James: “It’s a conglomeration of flavours taste and colours.”

James questioned the word ‘conglomeration’, asking if it was a new word as he’d never heard of it.

Brian joked that it was a “Yorkshire word,” and added: “When were you last in Yorkshire?

“I haven’t been back to Yorkshire in nearly two years now, I’m starting to worry about it.” 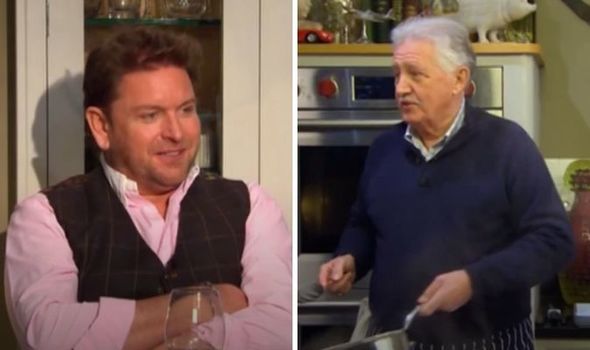 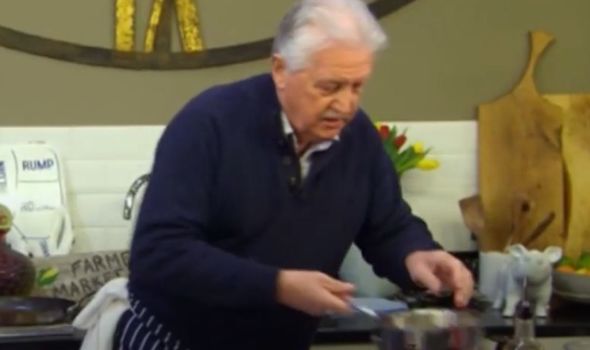 James responded that he hadn’t been back for a while either.

Brian, 74, was on the show to show James and viewers the perfect seasonal roast, and was described by James as a “TV legend.” Brian said he wanted to encourage families to eat together this spring.

He decided to cook a large spring lamb, teamed with vegetables and stuffing as well as chicken.

“It’s you and I lad, so we have double cream and we’ve got butter as well,” he told James. 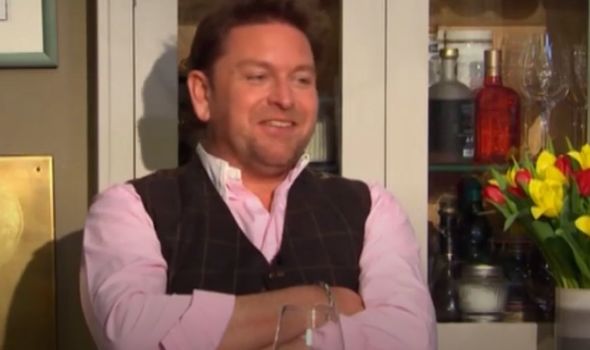 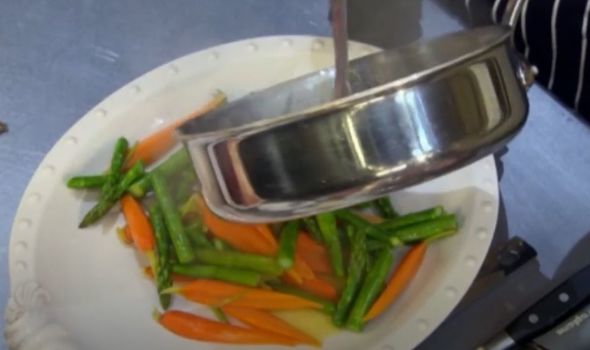 He demonstrated to viewers how to season the meat, before filling it with cream.

While serving the dish, Brian explained other things you could do with the bacon added, leading James to jokingly snap: “Just get it on the plate, chef, I’m waiting for something to eat.”

He later said the lamb looked “perfect,” adding: “You’re not bad at this are you?”

This got the two talking about their respective careers in cooking and television.

“Did you really?” James asked, looking surprised. “You were doing it before then, weren’t you?”

“The answer James, is I have no idea,” Brian admitted. “I’d have to get one of my books to have a look.”

James is from Malton in north Yorkshire, while Brian grew up in Halifax, west of the county.

Viewers at home were enjoying the interactions between the two northern chefs, with one taking to Twitter to say: “@sat_jamesmartin Fight night #jamesmartin vs #brianturner Battle of the Yorkshire puds #bringiton.”

“@jamesmartinchef you should do a series with Brian Turner on Yorkshire cuisine, be a right laugh,” one suggested.

Brian himself had tweeted before appearing on the show to express his excitement.

He said: “Spring is in the air and English lamb is at it’s best. Happy to be joining my good friend @jamesmartinchef this morning! See you at 09.25 @sat_jamesmartin.”

James Martin’s Saturday Morning airs weekly on ITV at 9.25am.