Professional dancer Kevin Clifton was teamed up with documentary maker Stacey Dooley on Strictly Come Dancing back in 2018 and the two wowed the judges from week one. The pair went on to win the BBC series that year and lift the illustrious Glitterball Trophy. However, just a couple of months after Kevin Clifton announced his departure from the show, it seems Stacey could be making a return to the ballroom.

Stacey and Kevin were paired up back in 2018 and from the beginning, the two very clearly had chemistry and worked well on the dancefloor.

They made it all the way to the final and managed to fight off Faye Tozer and Giovanni Pernice, Ashley Roberts and Pasha Kovalev and Joe Sugg and Dianne Buswell.

Stacey was Kevin’s first win on the show, having made it into the final is past series but never being able to make it to that winning spot.

And the pair were subject to a lot of rumours during their time on the BBC dance competition with claims they had been hit by the ‘Strictly Curse’. 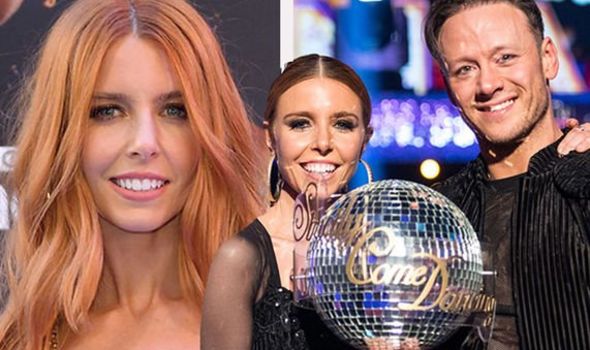 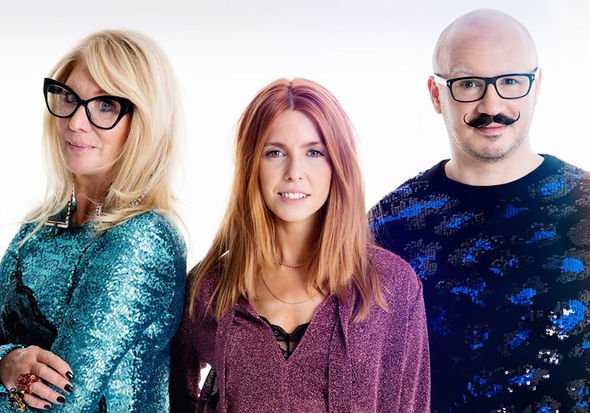 The “curse” refers to a breakdown in the off-screen, long-term relationship of a celebrity contestant or professional dancer during, or after the show.

But it was not until much later they announced they were dating.

The two are now rushed off their feet with a huge number of projects up their sleeve, but Stacey had hinted at a return to the ballroom this year.

Stacey is back for the second series of Glow Up as the host on BBC Three alongside judges Dominic Skinner and Val Garland.

The competition sees 10 contestants battle it out for a professional make-up contract, they must work alongside the industry’s top professionals and are given a different theme every week, with one of them going home at the end of each challenge. 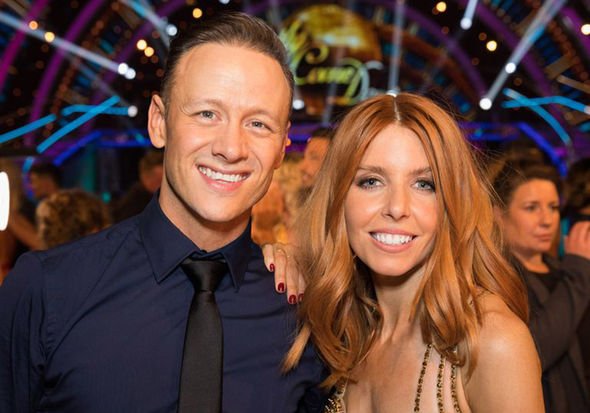 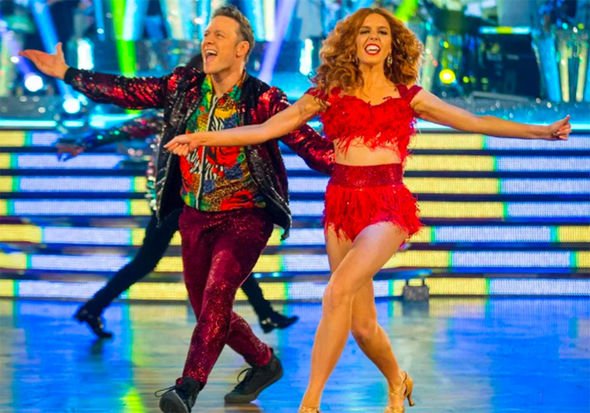 Having established a strong relationship with the judges from season one, Stacey seemed to influence one of the challenges in season two of Glow Up.

Talking to press including Express.co.uk Stacey revealed she and the judges went to Strictly Ballroom.

“I wish I’d had the trophy but no it was lovely to be back,” she explained. “Obviously, I have a soft spot for it. It’s got a real special place in my heart.”

Lisa Armstrong who is the head of makeup and hair for Strictly also appears on Glow Up season two, and Stacey said the artist was a huge help to her.

Stacey continued: “Lisa’s a sweetheart. And I’ve got a really great relationship with her.

“And actually, it was really funny because when I first started doing Strictly, I was so not into makeup.

“I’m saying ‘oh, can have a bit of lip balm and a bit of mascara and that’ll do me?’

“They would tell me it’s just not happening, but you have to have a full beat.

As for whether or not Strictly is set to return to the BBC later this year, BBC bosses are continuing to monitor the current coronavirus guidelines, but are looking at all the alternatives to try and get one of the nation’s favourite shows back on the air.

When it does return, it will be missing Stacey and her beau Kevin, because he announced he was leaving the show to pursue different projects earlier this year.

Strictly Come Dancing is set to return to BBC One later this year and Glow Up can be streamed on BBC iPlayer.