Strictly Come Dancing has revealed which of its professional dancers will feature in this year’s Christmas Special.

The BBC One celebrity dance show will return to screens after the finale of its current series with the Strictly Come Dancing 2018 Christmas Special.

And, on Monday (November 12), the BBC revealed which professional dancers the celebrities will be paired with — the results of which are pretty interesting. 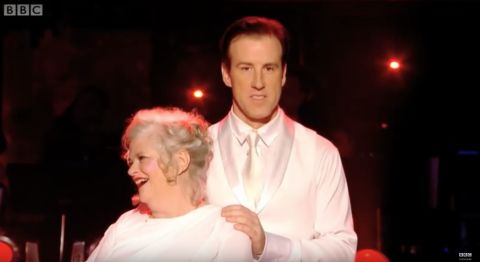 While Ann Widdecombe and Aston Merrygold will be reunited with their original Strictly dance partners – Anton Du Beke and Janette Manrara respectively – Caroline Flack will be paired with a new pro dancer in the form of Gorka Marquez (she was paired with Pasha Kovalev back in the 2014 series).

Jake Wood is also with a new professional this time around, as he is paired with Luba Mushtuk; while Michael Vaughan will dance with Nadiya Bychkova in her Strictly Come Dancing Christmas special debut.

Finally, TV presenter Anita Rani will also have a new partner, as she teams up with Neil Jones — Katya Jones’ husband — for the Christmas special. 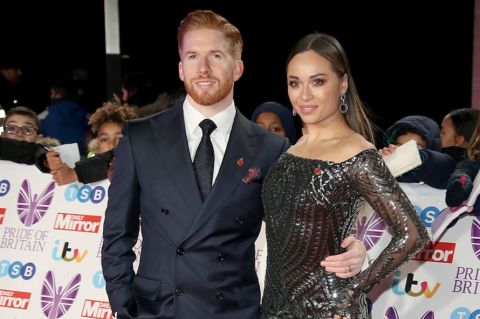 In case you missed it: Neil made headlines last month when his wife Katya was pictured kissing her Strictly partner, comedian Seann Walsh.

While Neil seems to have forgiven Katya for the transgression, she and Seann have since been voted off this year’s series, and while Katya hasn’t made the cut for the Strictly Christmas Special, Neil – who doesn’t usually have a regular celeb partner on the main series – has.

TBH, he probably deserves it.

The Strictly Come Dancing 2018 Christmas Special is expected to air on December 25 on BBC One.