Strictly Come Dancing bosses have been trying their best to keep the pairings a secret ahead of the pre-recorded launch show which will air on Saturday evening. A brand new crop of celebrities have already been partnered with a professional dancer and have begun training for the first live show of the BBC dance show next weekend. However, the element of surprise as to who the 12 famous faces have been coupled with has been ruined according to fans after a leak reportedly unveiled the list on an online forum. 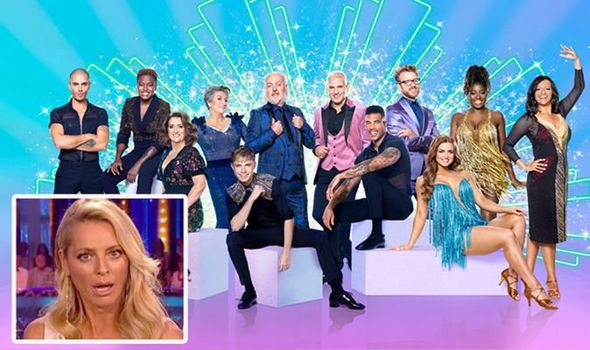 Although the couples on the rumoured list are unofficial and unconfirmed, those fans who have seen the pairings have ventured their fury on social media.

Taking to Twitter to comment, one viewer wrote: “It was nice not knowing the pairings – that’s spoilt Saturday night.”

Another added: “So allegedly the Strictly pairings have leaked online. Thought they weren’t having a studio audience this year?

“I hope I don’t come across them, I’ve been waiting for this series and don’t want any spoilers,” they continued.

Express.co.uk has contacted a representative of the show who declined to comment on the speculative reports.