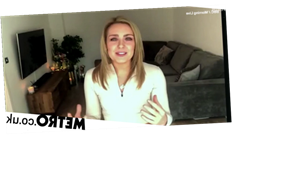 The professional dancer had been placed on the vulnerable list for the jab because she suffers from Crohn’s disease.

The 30-year-old has suffered from Crohn’s – a lifelong condition where parts of the digestive system become inflamed – since she was a child.

Amy, who was partnered with JJ Chalmers in the last series of Strictly, took to Instagram to document her own personal experience of having the vaccine.

However, speaking via video link on Tuesday’s BBC Morning Live, the dance pro revealed she had been targeted by trolls because of it. 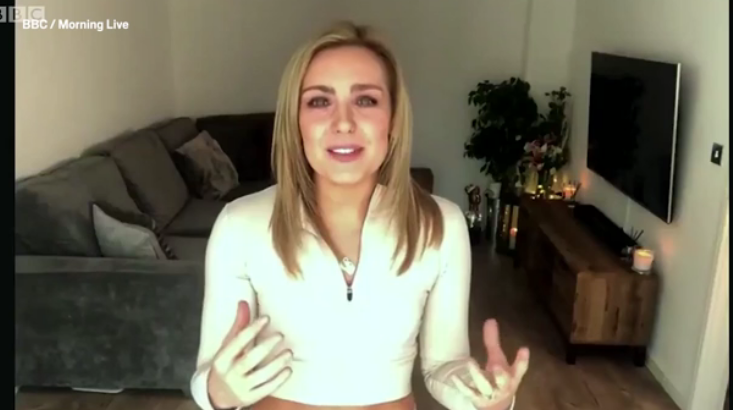 ‘I was sad because I was trying to put out a positive post that hopefully there is light at the end of the tunnel.’

The UK’s Covid-19 vaccination has seen over 10 million people receive their first dose as of February 2.

The rollout of the jab has been given to the over 80s and over 70s and now it is being extended to over 65s.

People who are under the ‘extremely vulnerable’ category, like Amy, are also eligible for the vaccine.

‘I don’t want to be in the vulnerable category,’ she added. ‘I didn’t choose to have Crohn’s and I would do anything not to.

‘I wanted to hopefully show positivity that more of us are getting vaccinated the more of us that hopefully that soon things can slowly get back to normal.

‘Unfortunately, you know, I can’t please everybody.’

Turning to Dr Rupy Aujla, who was also on the show, Gethin asked: ‘Dr Rupy, Amy doesn’t decide who gets the vaccine, she’s on the vulnerable list.’

To which the GP replied: ‘I mean you deal with inflammatory bowel disease every single day and I don’t think people see that necessarily online.

‘They just see someone who is younger and fit and gets the vaccine before everyone else so I think there is nuance to something like that and it’s unfortunate you get those.’

Crohn’s disease and ulcerative colitis are the two main forms of inflammatory bowel disease, affecting more than 300,000 people in the UK.

Ulcerative colitis is inflammation and ulceration in the large intestine and rectum, while Crohn’s disease can affect any part of the gastrointestinal system, from mouth to anus.