Strictly Come Dancing‘s Katie Piper will be swapping glittering sequins for a show-stopping neon tabard as she takes to the front line of British policing in brand new Channel 4 reality TV show Famous and Fighting Crime.

The famous crime fighters will be with Cambridgeshire Constabulary and according to Channel 4, will be responding to real 999 calls, working in custody, and even CID, as well as taking part in high-risk drugs raids and keeping order in rowdy city centres at the weekend.

Piper shared a photo from the new show on Twitter and said her experience on the show has “increased more than ever”.

“Famous & Fighting Crime. I was set the challenge 2 work on front line of British policing with 1 of countries biggest polices forces,” the Strictly star wrote.

“Scary, fun, harrowing, heart warming – no shift was same & my respect for police has increased more than ever before, it was pretty high to start with!”

Channel 4 adds: “After years of budget cuts, police forces are under more pressure than ever and the five will be joining an army of 12,000 volunteer officers who police towns and cities all across the UK. 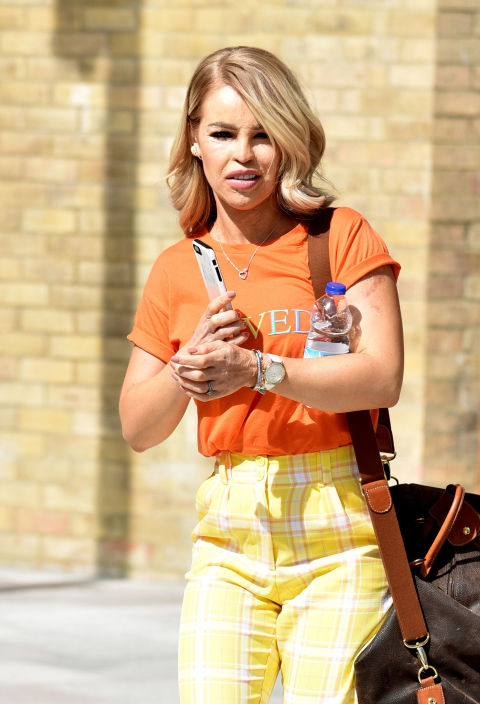 “Volunteers known as ‘Special Constables’ have all the powers of a warranted police officer and work alongside their regular colleagues on the frontline but do so in their spare time, often working around their own careers and personal lives.”

Cambridgeshire Constabulary’s assistant chief constable Dan Vajzovic said: “This is a great opportunity to showcase the valuable work of the Special Constabulary and give viewers a chance to see some of the excellent work our officers do day in day out, but which often remains hidden.

“The series promises to be entertaining and impactful, offering the viewer a unique view of the role volunteers play in policing their own communities, and I hope it will inspire many others to volunteer for their police force.”

Piper will make her debut with professional dance partner Gorka Marquez on Strictly Come Dancing this weekend. They will dance a waltz to ‘When We Were Young’ by Adele.

Strictly Come Dancing begins this weekend on BBC One.