And this, according to pro regular Nadiya Bychkova, results in an unfair advantage all of its own.

“I always feel the female celebrities are at an advantage because they have male ­professionals taking them round.

With David James, for instance, I had to make it look as though he was in charge. But then,” says Nadiya, eyes sparkling, “isn’t that what women have been doing for men since the beginning of time?”

Nadiya, who will be without a partner for this slimmed-down series, is all for turning the gender tables and is fascinated by the reception the same sex pairing of boxer Nicola Adams and pro dancer Katya will get.

“It will be interesting,” says the 31-year-old Ukrainian carefully. “I’m intrigued to see the reaction of the judges. Nicola will be taking the man’s role so I think that will be quite a challenge for Katya.”

Since joining Britain’s most popular ­reality show, Nadiya has tutored a mixed bag of celebrity partners, including Lee Ryan (voted off in week two), footballer David James (week five) and EastEnders star Davood Ghadami who she took all the way to the quarter-finals.

But this year, Nadiya will play a key role in the professionals’ dance routines in a pared-back show with 16 professionals and only a dozen celebrities. 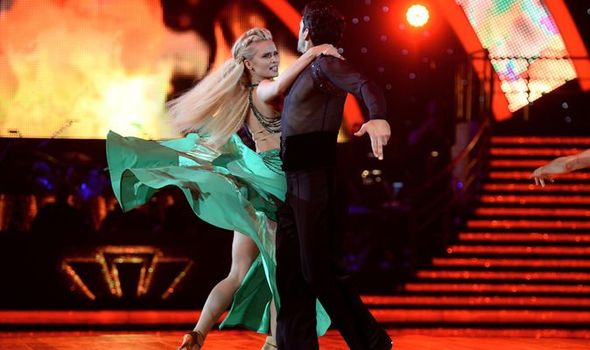 The BBC show’s executive producer Sarah James announced last month that along with Nadiya, Neil Jones, Graziano Di Prima and Nancy Xu would not be assigned a celeb contestant due to a cut-down run for the 2020 series, with just nine live shows instead of the usual 12.

The series start date was also postponed by a month due to the pandemic.

The dancers and celebrities on this year’s series will be in a close contact cohort which is defined as “as small a number of people as possible who unavoidably need to be in close contact with each other”.

But Nadiya considers herself lucky to be taking part at all – after her journey to the ballroom was nearly derailed on a chaotic obstacle course of travel restrictions, ­quarantine rules and visa nightmares.

When Covid took hold of Europe in spring this year the former Playboy model was in Slovenia with her footballer partner Matija, 32, and their daughter Mila, four.

“Normally I’d send my documents to the visa office and in a few days they’d return my passport with the stamp,” says Nadiya. 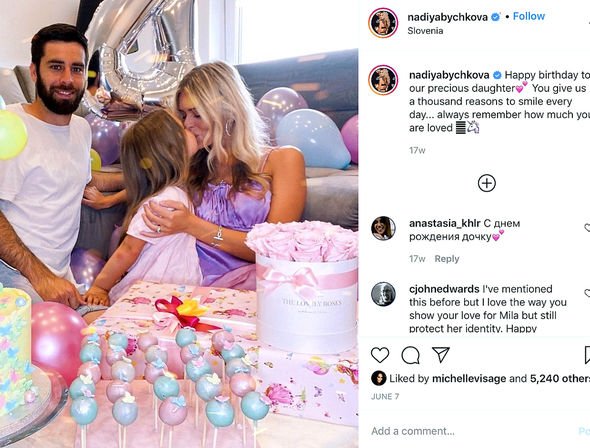 Not this time, however. Not only was the visa office closed but no one knew when it would re-open.

The only solution was for Nadiya to return to her native Ukraine and get a visa in Kiev which, because of Covid restrictions, meant taking three flights from Slovenia via Frankfurt and Prague.

Time was running out because the dancer had to be in Britain by August 10 to begin two weeks of quarantine.

“But I was told the pandemic had caused a backlog and my papers wouldn’t be ready for two weeks. There was nothing I could do. So I took three flights back to Slovenia and had to quarantine for 14 days. The only good thing was that I could be with Mila. The Strictly producers understood although we all knew this could not last for much longer.”

Three flights took her back to Kiev, where she was told, not once but three times, that the ­documents would be ready the next day.

“Except not on the Monday because it was a national holiday – and my 31st birthday!” says Nadiya.

“I had to sit in a hotel room on my own, waiting.” Was she ever tempted to throw in the towel?

“No! But that’s just me. I’ve always been like this. If I want something, I go for it until I’ve tried everything and only then will I accept defeat. I don’t see problems, only challenges.”

In the end, Nadiya marched into the visa office the day after her birthday and miraculously the visa was ready. “And that’s when the tears flowed. The relief!”

She raced to the airport with her four pre-packed suitcases and flew to London (via Frankfurt) where she was confined to a hotel room for two weeks. 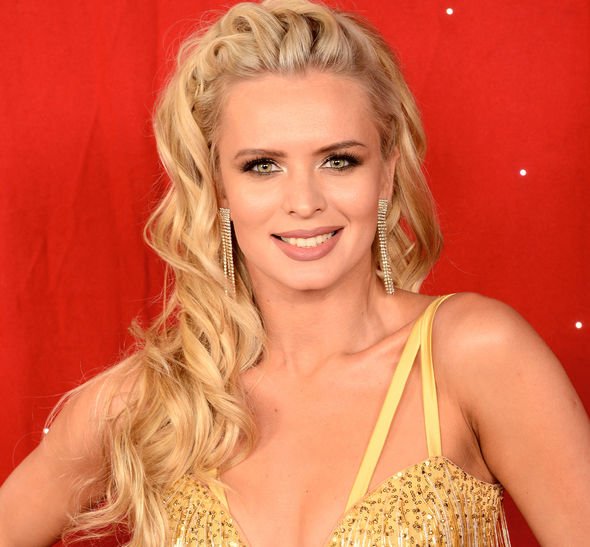 “I’d practise my dance moves sent to me by Strictly’s choreographer. It’s hard to do it on your own when you’re meant to be part of a troupe of 16 people. But I managed it and we filmed all the routines in a bubble at Elstree.”

By the time filming wrapped, Nadiya was ­desperate to rejoin her daughter and fiancé. The mum had her bags already packed and was longing for the moment she could hug her little girl to her chest.

Then came the hammer-blow: Slovenia had been put on Covid-alert.

“And that’s when I had a total meltdown,” recalls Nadiya. “I’d stayed so focused for so long, six weeks apart from the person who I love more than anyone in the world.

“I picked up the phone and wept and wept down the line to Matija.

“Luckily, he’s a very nice, very calm man. ‘We’re going to deal with this,’ he said. And that’s exactly what he did. He arranged for my mother, Larisa, to take Mila to Italy and for me to fly there to see them.”

She and Matiya first met at a gala where Nadiya was dancing. “I noticed him straight away. Was it love at first sight? Looking back, I think so, yes.”

That was five years ago. Now, Matiya must map out his future as his footballing days recede while Nadiya’s career goes from strength to strength.

“He’s a keeper,” she says. “We got engaged the same day Harry proposed to Meghan. We were going to get married before all of this. But I don’t want to do it in front of 15 people. I’d like at least a hundred.”

Nadiya was back dancing two months after Mila was born in 2016. 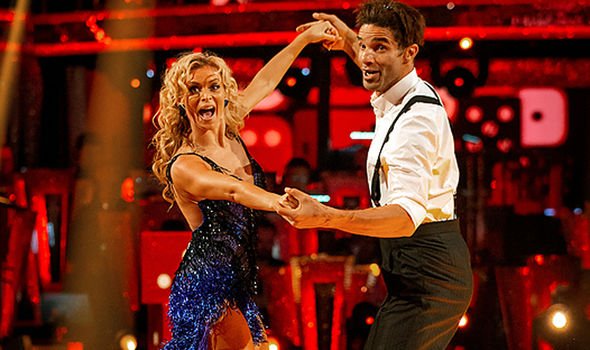 “My work is very important to me, something I know Mila will understand the older she gets,” says the dancer who, in her ­professional world away from Strictly was ballroom and Latin American world champion in 2014 and 2015.

Nadiya and Matiya want to plan time and space in their busy lives for more children.

“Oh yes, I’d like at least one more,” says Nadiya who is the only Strictly professional who’s also a mother. “It means I have to be very disciplined but then I’ve always been someone who makes things work.”

Last year, her pairing with David James, the former Premier League and England goalkeeper, was dogged with rumours of a return of the so-called Strictly curse.

This led to conjecture that the real reason for Nadiya being left without a partner this series was to save Strictly’s image as a ­family show.

Nadiya reacted to the rumours at the time by saying she was “delighted” people believed they were in love and said, “We must be going in the right direction. That’s how it should look.”

In 2018 former Blue singer Lee Ryan, 37, was said to be “besotted” with Nadiya and they were pictured standing close and ­holding hands.

Speaking earlier this year, Nadiya said: “Chemistry is important on the dance floor. But it doesn’t always mean that something is going on.”

The tallest of the female professionals at five feet seven, Nadiya broaches the subject of David James diplomatically now.

“It was amazing to teach someone who couldn’t dance at all. But he improved. We weren’t eliminated until Week 5 which was longer than he or I expected. And we’re still in touch, still friends. But then Strictly is a very intense experience.” 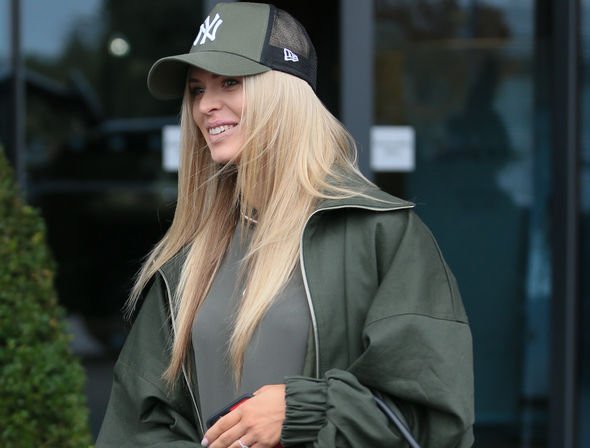 At the mention of Lee Ryan, who was voted off in the second week of competition, she smiles cryptically. “I think he has a lot of potential. It’s just that he didn’t ­manage to get it all out.”

Easily her most proficient partner was dashing Davood Ghadami, Kush from EastEnders, with whom she waltzed into the quarter-finals in 2017, her very first year on the show.

“He became an amazing dancer but then he’s very focused, very athletic. And he’s an actor so he knows how to put across
a story.”

They also danced together on the Strictly tour – “and that’s when you realise just how big the show is”.