One episode into its new season, and Ten's Australian Survivor has already sparked a dramatic exit.

Brisbane cop Matt Dyson, 35, was sent packing after a paranoid rant where he accused his male teammates of conspiring against him, and his female teammates of blindly following the men's lead.

The final vote was doubly sobering, considering the camp were all set to vote out Steve Khouw, the 58-year-old takeaway delivery driver from Sydney, before Dyson got everyone offside with his whiny meltdown.

Oddball Steve had made an immediate impact on the season with his barely hidden gamesmanship, poking around for a hidden Immunity Idol in full view of the other contestants.

"The foundation of my Survivor strategy is to employ Chinese military strategy," he'd said. "I'll be doing a lot of deception, misdirection, miscommunication. In many ways, I can be sneaky. In fact, most of the time I'm sneaky."

The strategy drew the ire of Matt, who made sure everyone spotted Steve's plans. 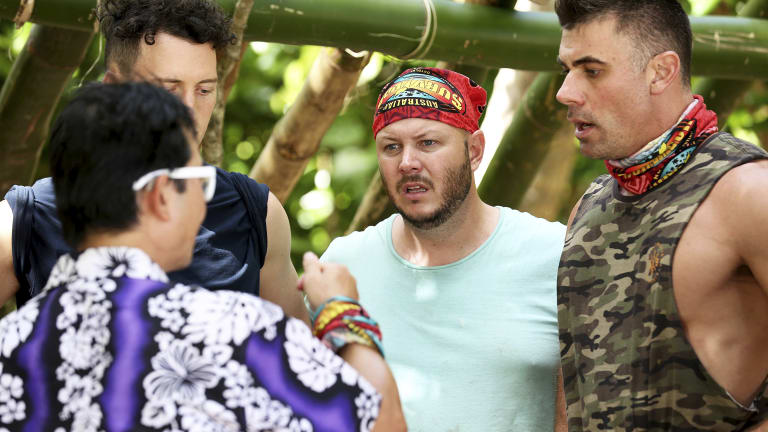 After narrowly losing the Immunity Challenge to the Champions, the Contenders were sent to Tribal Council, leading to a face-off between Matt and Steve.

Fearing he was on the chopping block, Matt went in guns blazing, first taking aim at Steve's bumbling Idol-chasing.

"If you're going to play hard, at least own it," he told Steve. 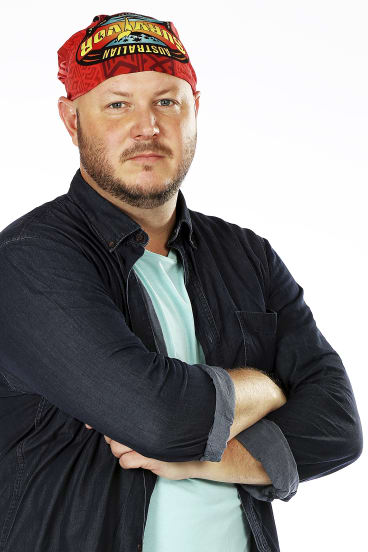 Queensland cop Matt has been eliminated from Australian Survivor.

He then hit out at a "bromance alliance" from tribemates Robbie, Heath and Zach, and accused the women of the tribe, all six of them, of simply following the guys' lead.

"We're just quiet little females doing as we're told…" teammate Tegan mocked him. "I think we've got a classic case of someone got spooked."

In the end, the odd tactic cost him – Matt was voted out narrowly, seven votes to Steve's five.

The episode – which featured a ferocious early display from 61-year-old Olympic legend Shane Gould, who tackled and catapulted a fellow competitor – also saw legendary villain Russell Hantz looking to stir trouble amid the "kumbayah" vibe of the Champions camp.

The four-time Survivor contestant chastised his tribemates to camera for being "good ol' boys" and refusing to indulge in the strategic element of the game.

In a stunning move, and without the help of a clue, he found an Immunity Idol hidden deep in the jungle, lodged behind two crossed palm trees.

"X marks the spot, baby… It's amazing how good I am at this game," he grinned as he pocketed the valuable find. "I’m a shake things up… These idiots don't know any better."

Australian Survivor: Champions vs Contenders continues on Ten on Thursday at 7.30pm.