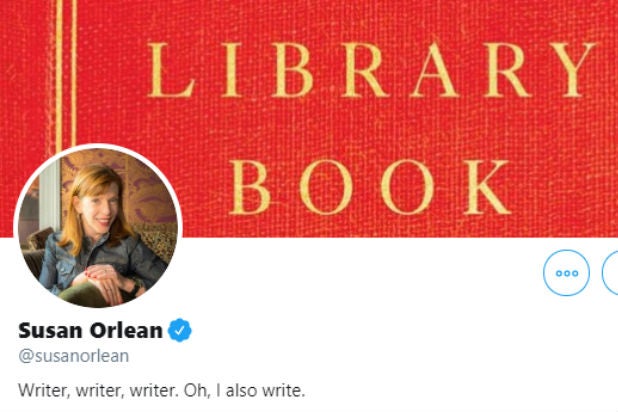 In what has become an excessively rare occurrence, author Susan Orlean managed to unite a huge number of Twitter users in absolute delight With an extremely endearing, consistently hilarious drunken tweet-storm venting her frustrations with life during the COVID-19 pandemic.

The “The Orchid Thief” author started he Twitter day expressing what no doubt a lot of her fans were feeling: “I am not someone who prays but I am going to change my ways and start praying for Ruth Bader Ginsburg. I mean, pray really, really hard.” Considering Ginsberg announced Friday morning that her cancer has returned, it’s understandable. Also understandable in that context is what came next.

“Drunk,” Orlean tweeted, followed by “Thank you for your support duri t this difficult time all misspellings are mine totally.” Orlean explained that she and her husband had walked over to their neighbors to check out a newborn colt and drank some wine. What followed was an consistently entertaining trip into Orlean’s mind that despite typos was often beautifully written and also tapping right into frustrations a lot of us are feeling right now. Some examples:

Don’t worry, we guarantee they don’t.

We are. For real.

Don’t worry though, she found her cat:

But just in case you’re not sure, “I have SO NOT BEEN HACKED,” Orlean says. All hail the queen.

As we said, this absolutely delighted everyone who came across it. But don’t take our word for it, check out some of the reactions below: