The presenter struggled to hear Dennis – who accidentally called her "Cindy" – and thought he'd sworn at viewers, calling Michael Jordan a "b*****d" when he actually said the word "fastest". 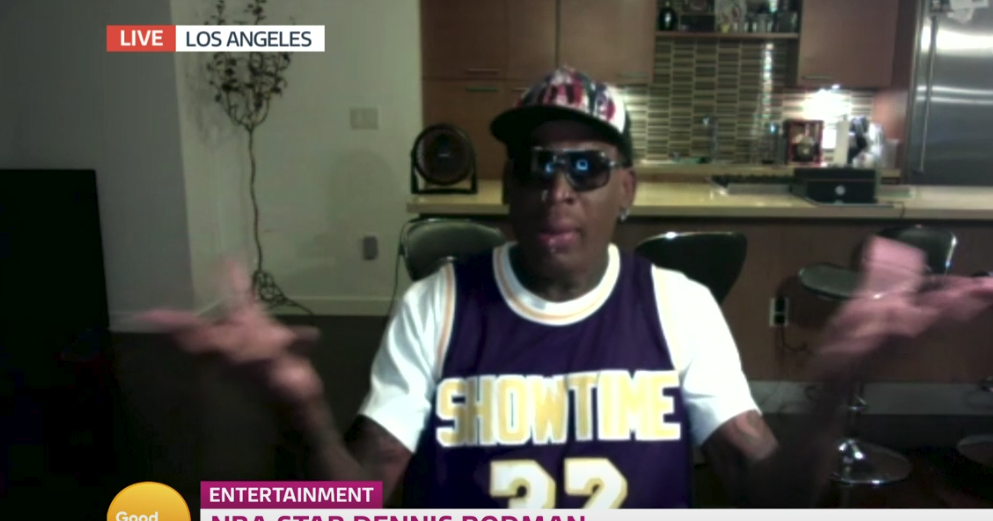 Addressing Piers Morgan first, Dennis said: "Thank you Piers for having me on your show again, it's amazing these kids didn't know anything about Michael Jordan until the last two weeks …

"They didn't know about me dating all those people. Doing all the wild stuff, dressing up in drag and all that, they never knew about that."

Susanna then interrupted Dennis and asked: "Do you still still see Michael Jordan and hang out together?" 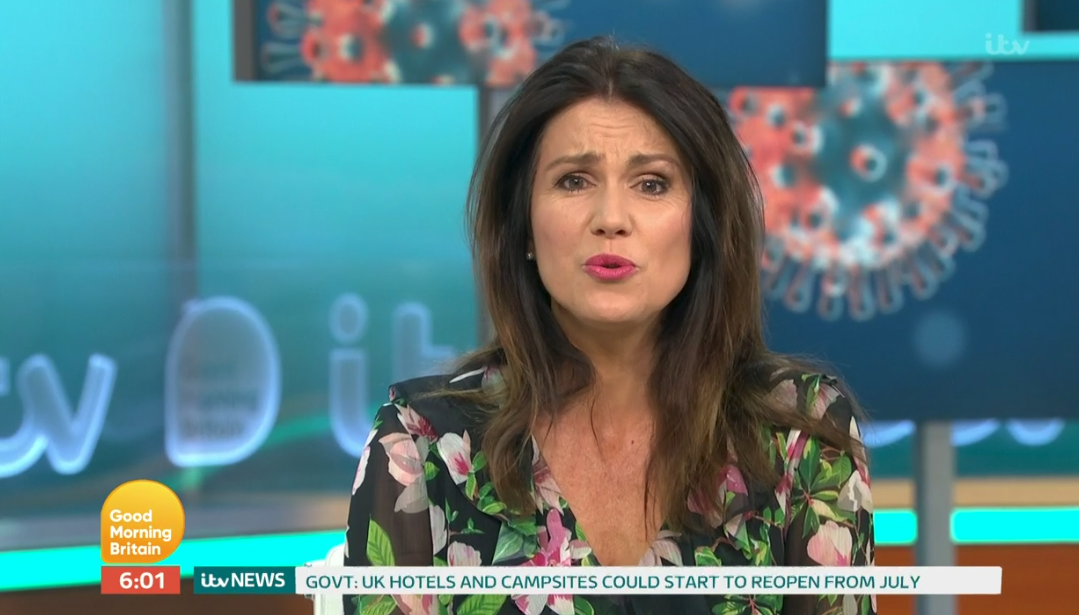 Dennis, 59, had clearly forgotten Susanna's name as he replied: "Cindy, Cindy is it? What did you say Cindy?"

Though Susana struggled to understand Dennis, viewers were quick to react on Twitter as they giggled at his comments.

One said: "Can’t except a clean interview with Dennis Rodman especially on LIVE daytime tv #gmb" 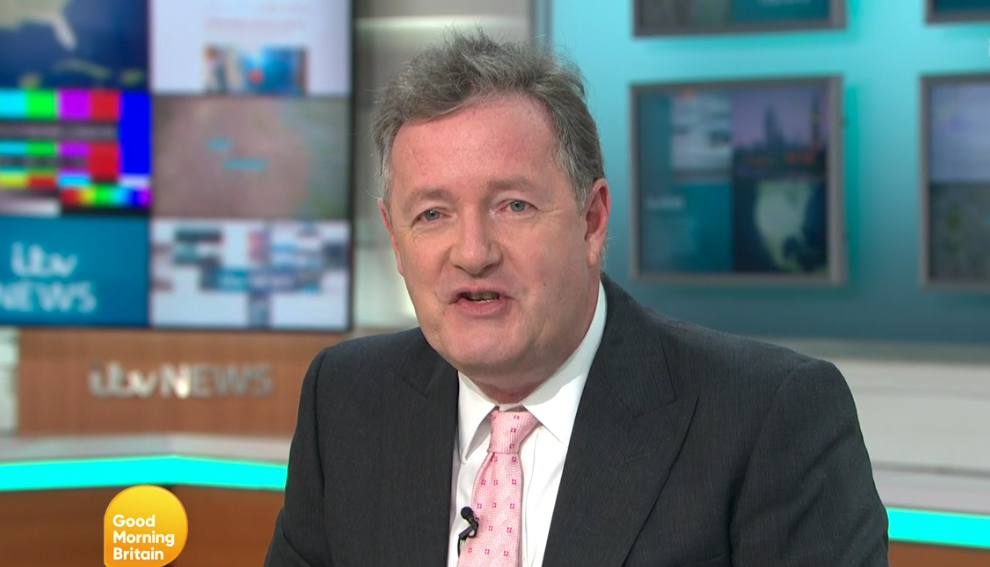 After the chat, Susanna felt compelled to apologise – despite the fact he hadn't sworn at all.

She said: "Now there were a few sound issues during that interview so we apologise for that. And apologies if some of the fruity language came through."

But Piers moaned: "Come on, it's Dennis Rodman. He's allowed!

"I just love Dennis Rodman, he's what sports characters should be. You know that team, they're all just magnificent." 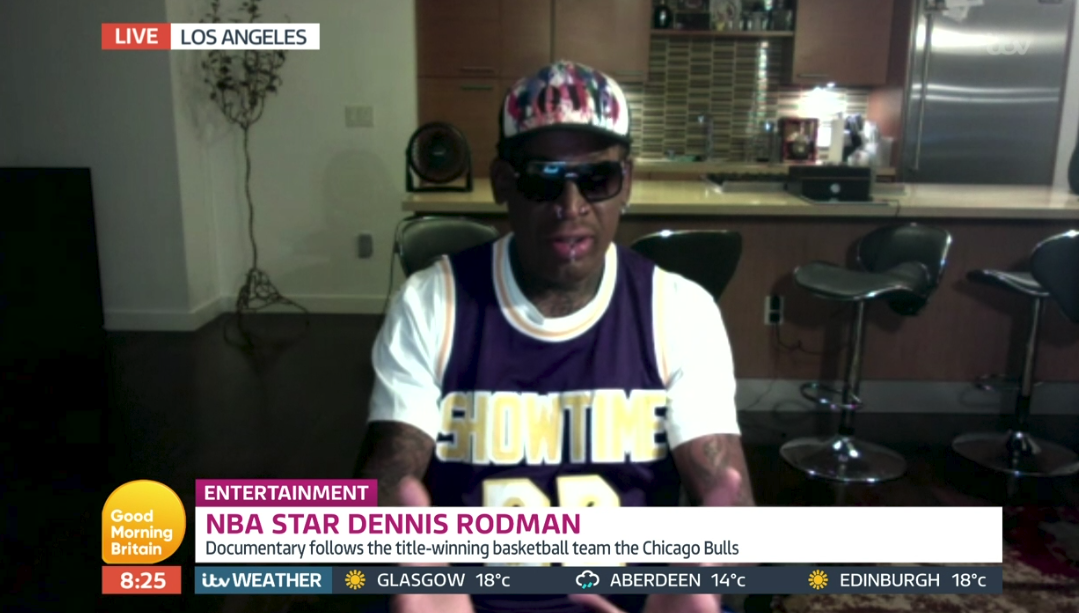 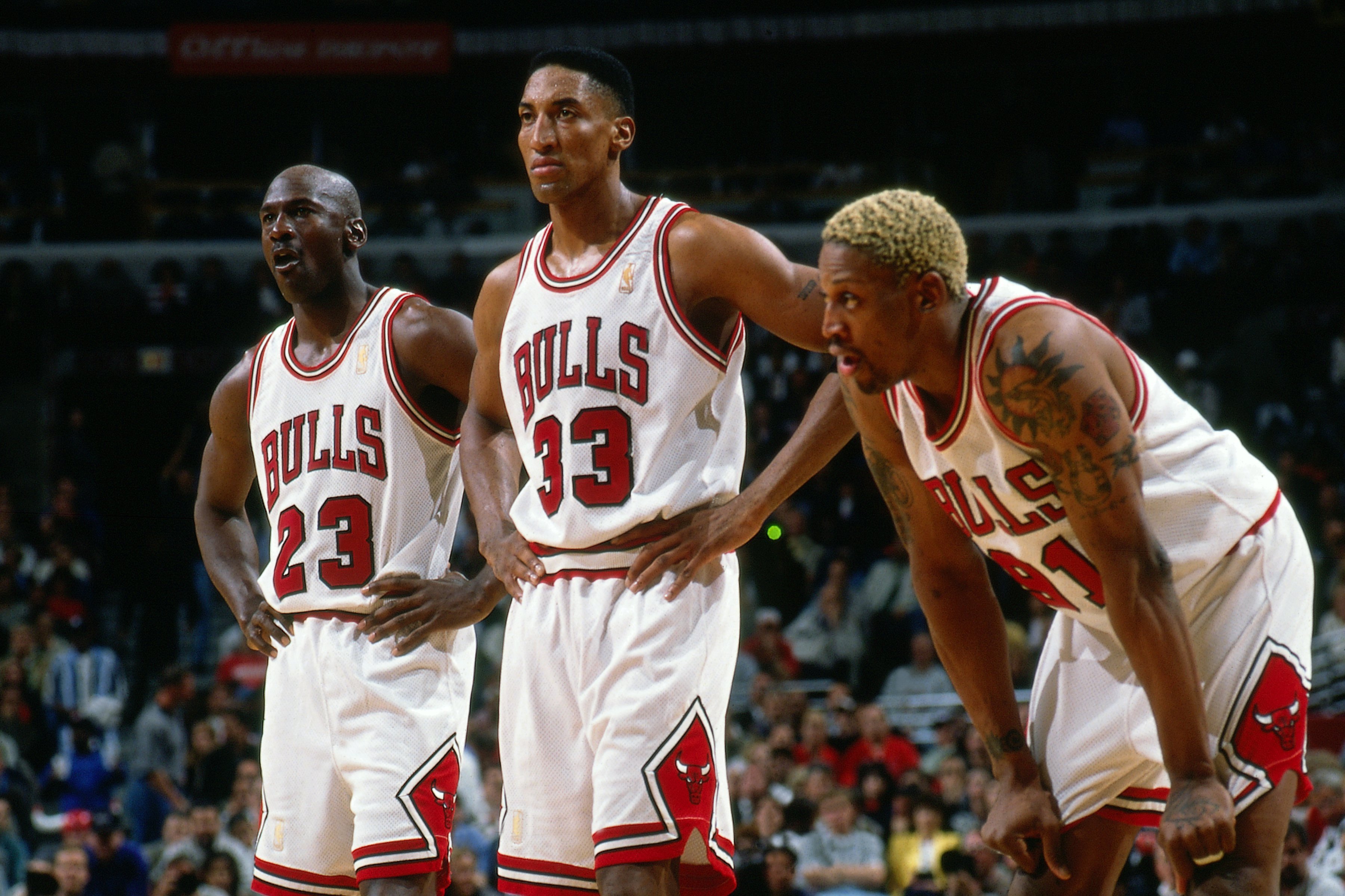 The confident star insisted the hit Netflix series about Jordan's role in the team's success wasn't a snub to him.

He told the pair: "For me I didn't care, because I was already famous, I didn't need Michael Jordan to make me famous."

The American played a key role in the star-studded Chicago Bulls side featuring Michael Jordan and Scottie Pippen.

Dennis' eccentric behaviour would have been jaw-dropping from most players, but coach Phil Jackson knew that he had to indulge his colourful 6ft 7in star to get the best out of him. 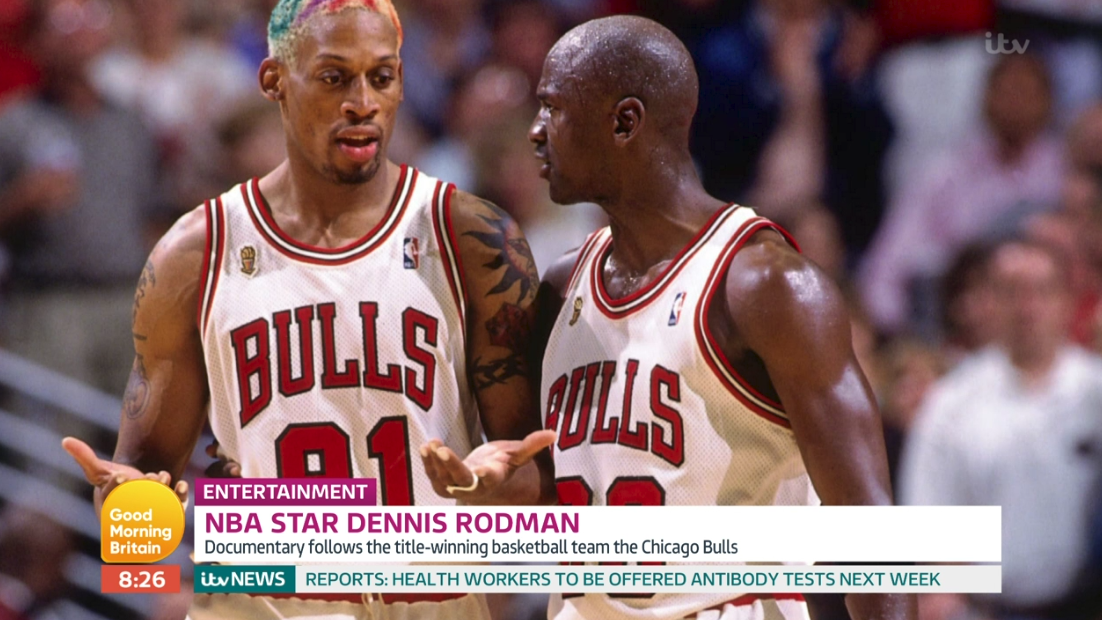